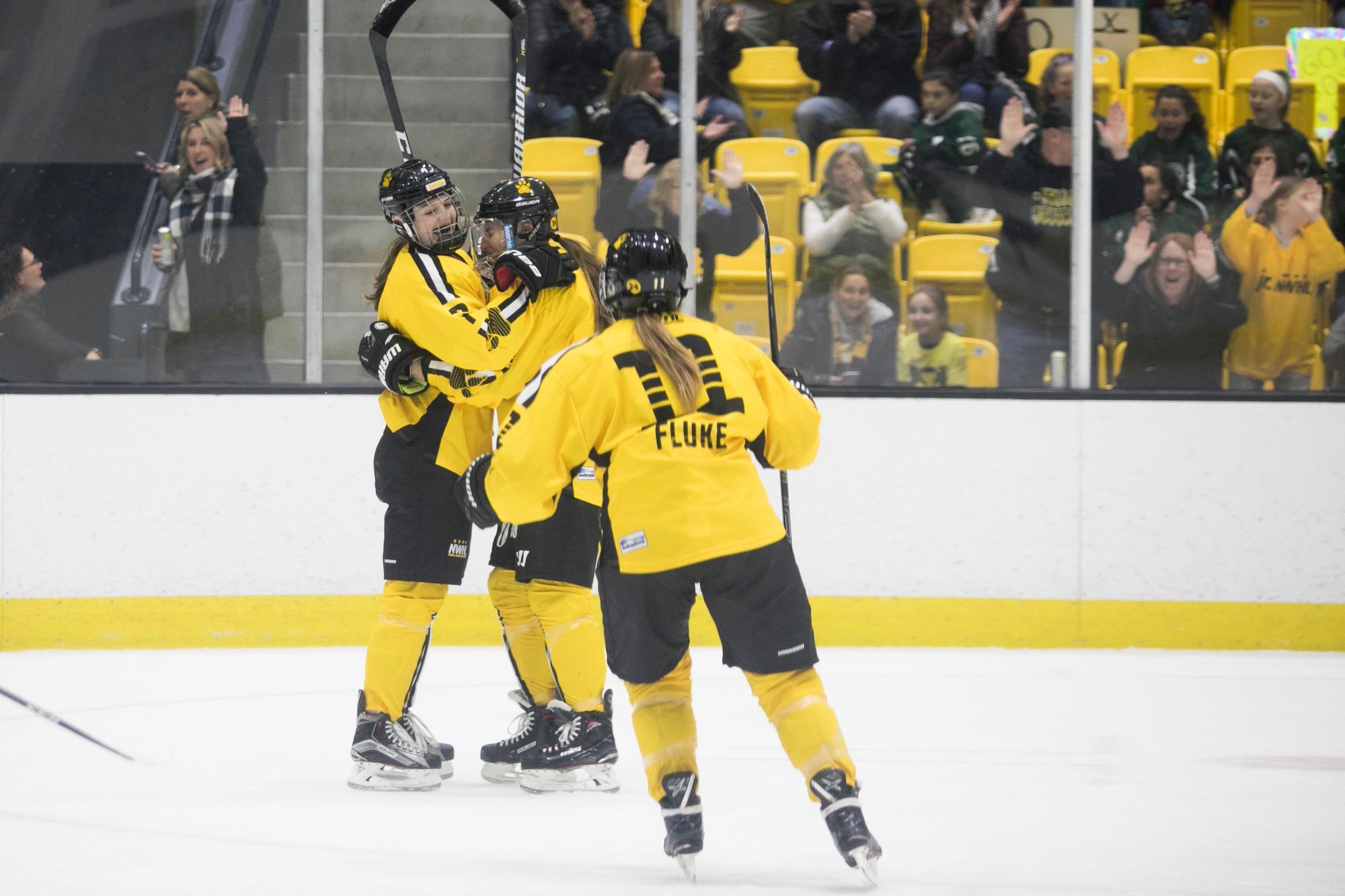 With a decisive 8-0 victory over the Connecticut Whale on Saturday, the Boston Pride improved to 9-0 on the season and remain the top team in the NWHL. Elsewhere, the Minnesota Whitecaps and Buffalo Beauts split their weekend series. The Metropolitan Riveters were inactive.

Saturday's win was a statement victory for the Pride, who have scored first in all nine games this season and are now the best team in the league by an eight-point margin.

Although Boston dominated play early, the game remained scoreless for more than half of the opening frame. Eventually, the Whale's struggle to get the puck out of the zone caught up with them. Mary Parker got her hands on it and attempted an unsuccessful wrist shot; following that, she tried a wraparound on the other –  unprotected – side of the net and made it 1-0.

Just a few minutes later, the Pride took a 2-0 lead on Lexi Bender's first goal of the season. McKenna Brand, arguably the most dangerous player in the league this season, took a wrist shot that was initially saved by the goaltender. The puck then came loose, and Bender was able to squeak it through.

Boston continued to dominate in the second period, but Whale netminder Sonjia Shelly made several crucial saves to keep the deficit limited. However, toward the end of the second period, Alyssa Wohlfeiler and Emily Fluke executed a great set of passes to put the Pride up 3-0.

The Pride went on to score five more unanswered goals in the third period en route to the 8-0 victory. Lexie Laing struck twice, while Parker completed the hat trick with a power play goal with just six seconds remaining. Jillian Dempsey and Brand also scored in the final frame of play.

Shelly stopped 40 of 46 shots faced in 47:49, while Brooke Wolejko stopped six of eight shots in 12:11. Victoria Hanson recorded her first career shutout and stopped all 19 shots faced for the Pride in her first full NWHL game.

The Beauts and Whitecaps, both vying for second place in the NWHL, split the weekend, though much of the play fared heavily in Minnesota's favor.

Buffalo came out flat on Saturday night – and it cost them. The speedy, offensive Whitecaps scored five goals in a span of 10:18 in the opening period, putting the Beauts in too big a hole to dig out of.

Lauren Barnes opened the scoring 4:43 in. Minutes later, Nicole Schammel made a great move and took advantage of a lax Beauts defense to put the puck behind Mariah Fujimagari and double the lead. She would add another goal on the power-play midway through the first period, before Meghan Lorence scored to make it a four-goal game seconds later.

It was clear that Buffalo didn't come out of the gate ready to play, and Minnesota was able to capitalize on that. The Beauts finally found their legs late in the first period, as defender Megan Delay scored her first NWHL goal after a screen in front of Amanda Leveille.

Taylor Accursi scored twice, including once on the power play, to put Buffalo within one goal. Lorence, however, helped solidify the win for Minnesota with a power-play goal of her own late in the third period, and the Whitecaps skated off with a 5-3 win. Schammel had a three-point night, and Leveille made 28 saves.

The teams rematched on Sunday, with Brooke Stacey (hip flexor) back in the lineup and Fujimagari and Leveille once again starting in their respective nets. Although the Beauts appeared to start off better, it was once again Minnesota finding the back of the net first. Jonna Curtis made a pass to Allie Thunstrom, who was left open to the right of Fujimagari for an easy shot.

The Beauts couldn't stay out of the penalty box in the second period; six minor penalties were handed out to Buffalo players in the middle frame, and it hurt them. Playing more than half of a period shorthanded meant the Beauts couldn't get any momentum going. Their woes were made worse when Thunstrom tipped in a shot from Lisa Martinson at the point on the 5-on-3, doubling Minnesota's lead.

Jonna Curtis added a goal in the early minutes of the third period, and the Whitecaps appeared poised for another victory.

Accursi, who had two goals Saturday, had another idea. With less than 12 minutes to play in regulation, and down 3-0, the Beauts finally showed a spark of life.

Accursi put her team on the board after a fantastic effort from captain Corinne Buie, skating the puck from one end of the ice to the other. When the Beauts found themselves on a power play seconds later, rookie Erin Gehen pounced on a shot amidst a crowd in front of the net to further close the gap.

The Beauts tied the game with 7:07 to play. This time, it was Accursi with a great individual effort to carry the puck down the ice and into the net behind Leveille's right side. She then broke the tie – and gave Buffalo its first lead of the weekend –  with a one-time shot with 2:56 remaining in regulation.

Despite some late chances from Minnesota, the Beauts held on for the 4-3 victory. Fujimagari made 39 saves.

In case you missed it, the PWHPA has announced a Secret Women's Hockey Showcase, to be held in the Toronto area on January 11 and 12, 2020. The six-team showcase features games at Herb Carnegie Arena, Al Palladini Centre, and a to-be-named location.