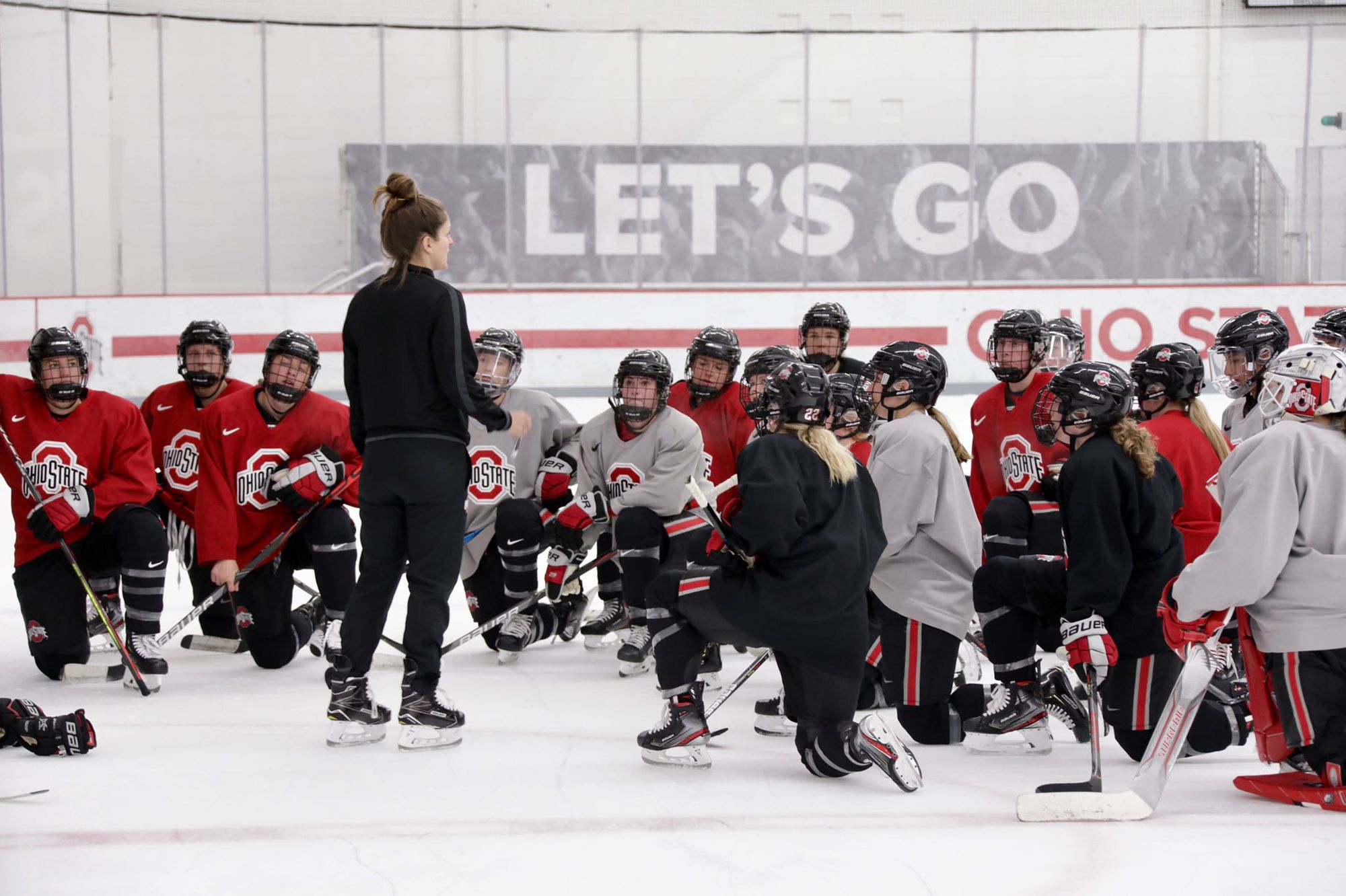 There was one game last week, so this counts as week two, but this is officially the start of the NCAA Division I women's hockey season. Wisconsin are the defending national champions and start the season ranked No. 1. Check out the rest of the rankings here.

Watch: A paid stream is available on BTN+.

When it comes to the end of the season and we try to figure out the relative strength of the teams in each conference, we look back to games like these that give us not just head-to-head information, but can be used to see give us a way to rank and understand wins when the team's don't play or have common opponents.

Ohio State ended the season just outside the top-eight and without an NCAA bid. Their early non-conference schedule this year is loaded with top teams from the ECAC and that's likely not a coincidence. The nature of the WCHA is having to play Wisconsin and Minnesota four times each and that can do some damage to a team's RPI. Wins over top teams in other conference will boost the Buckeye's quality win bonus and help them get more consideration by the NCAA committee when the time comes.

These will be the 11th and 12th times these two have played. St. Lawrence owns the all-time series 7-3. The teams split their series last season. St. Lawrence won the first game 3-2, but Ohio State took game two with a 6-1 win.

These two upstate New York teams both made the NCAA tournament last season, Syracuse for the first time in program history. Both teams were eliminated by Wisconsin – Syracuse in the quarterfinal in Madison and Clarkson in the national semifinal.

The Golden Knights carry a potent top line, but have some questions to answer this season. This first weekend should give us good intel into their goaltending situation, as they have a hole to fill after Kassidy Sauve graduated. Elizabeth Giguere was probably the best player in the country last year, but she benefitted from the experience of linemate and Patty Kazmaier winner Loren Gabel. She'll still be an offensive powerhouse this year, but she'll have to adapt her game and become the team leader in the meantime.

Watch: A paid stream is available on BTN+ or via FloHockey.

These two teams have only every faced each other twice. They played a two-game series in 2012-13 and again in 2013-14. Minnesota won each of those games. This will be Colgate's first return to Minneapolis since their national championship loss to Clarkson at the end of the 17-18 season.

Colgate's rookie class is highly touted and the Raiders have just two seniors. They're a young group, but they have a lot to prove and a high ceiling.

↓Boston College – The Eagles were picked to finish third in Hockey East. They have ended the season in first or second place in the conference every year since the 2010-11 season.

↑Wisconsin's Annie Pankowski –  She was named a top-30 honoree for the 2019 NCAA Woman of the Year.