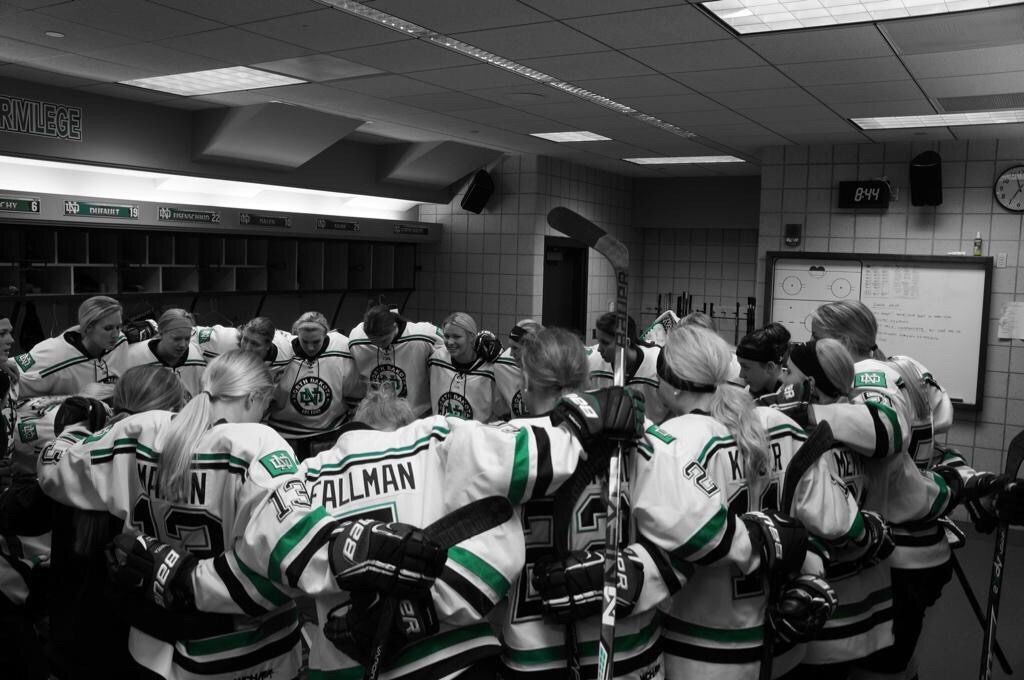 The United States District Court yesterday issued a judgment dismissing the complaint filed last June by former University of North Dakota women's hockey players, who alleged that the elimination of the program violated their rights under Title IX. The complaint was dismissed without prejudice, meaning that the players do maintain the option for further legal recourse, such as filing an appeal or a new complaint.

In the decision, Chief Judge Daniel L. Hovland adopts the well-known three-prong test and rejects the players' position that there are other methods of proving a violation of Title IX. (For more information on the complaint and the legal argument behind it, see this article from last year.) The players had argued that by cutting women's hockey, UND was not effectively accommodating female students in its selection of sports. Under the three-prong test, however, the interests and abilities of women are only considered if their institution does not offer total sports participation opportunities for male and female students in numbers substantially proportionate to their respective enrollments ― something that UND does provide.

"We respectfully disagree with the Court's analysis of what we need to prove in order to establish a Title IX violation," said attorney Dan Siegel.

The insistence on using the three-prong test as the sole method of evaluating Title IX compliance has consequences that extend far beyond the UND women's hockey team, especially when it comes to program cuts that disproportionately target women's sports. According to the three-prong test, the mere fact that UND offers athletic roster spots in proportion with the total number of women who attend the university absolves it from addressing the interests and abilities of women in its selection of sports. If that is the standard, we must consider that Title IX utterly fails to protect female student-athletes ― particularly in more costly sports ― from being subject to the same lack of investment that plagues women's sports outside of educational settings.

"We acknowledge that, when evaluated under the three-part test, the University of North Dakota is not in violation of Title IX," Siegel explained. "But at the same time, we think that there are other circumstances that can establish a violation, including situations like this, where an established sport is particularly important at this university and in the part of the country where this university is located. When that established sport is eliminated for women but not for men, that could be a violation of Title IX, even if the university is offering women as a whole the same number of opportunities as it offers men. And that's where we disagree with the judge's decision."

Because the players do have the right to pursue further legal action, the complaint's dismissal does not necessarily mark the end of the road.

"It is early; we haven't really gotten an opportunity to discuss what our next move should be," Siegel said. "We could file a new complaint in district court, or appeal to the Court of Appeals. Which one we do would be based on an assessment of whether we believe that there's any overcoming Judge Hovland's analysis."