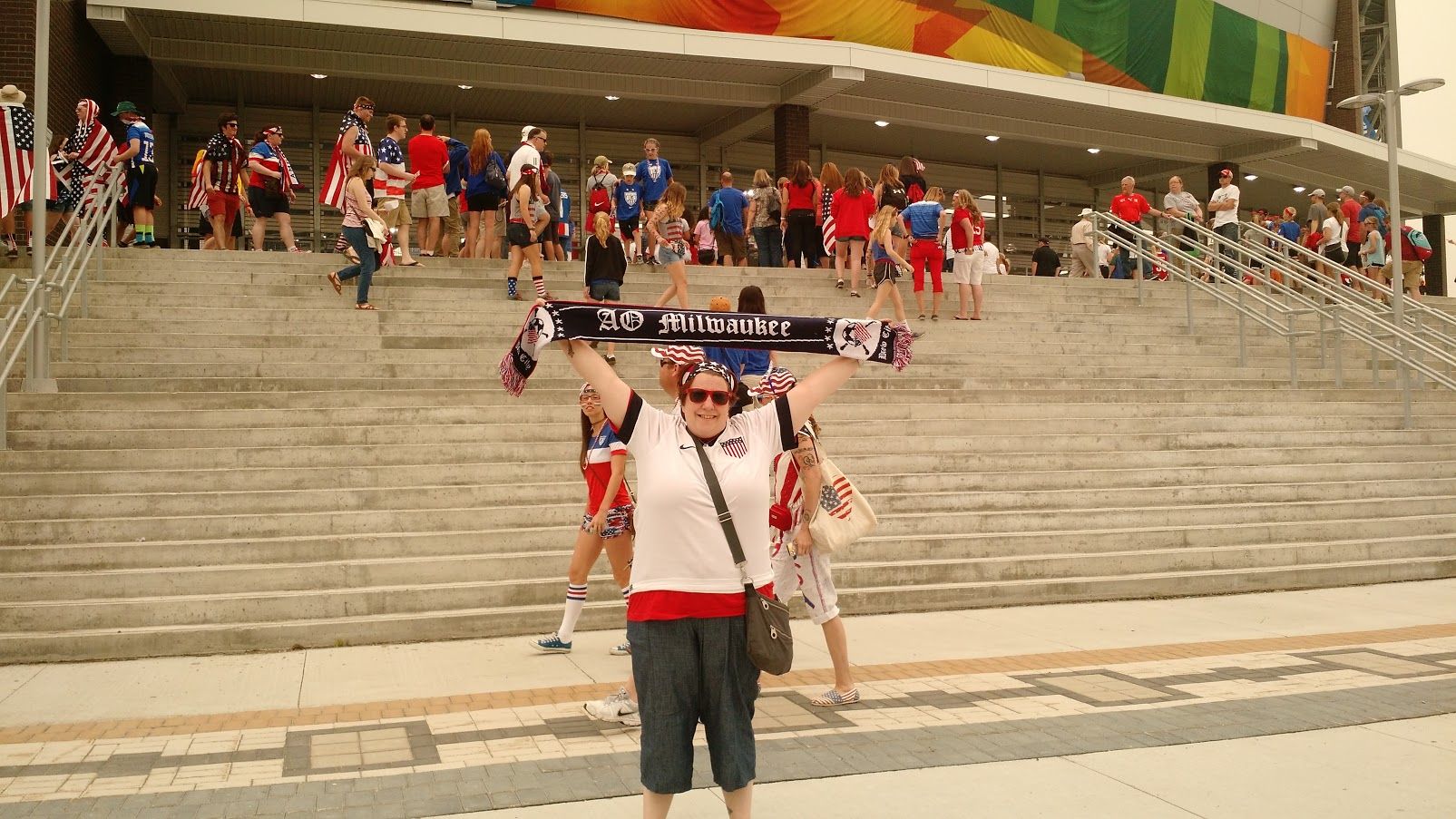 Ever since the United States Women's National Team defeated Thailand in their opening match of the 2019 World Cup, talk of the game has dominated the news cycle.

Caught up in the excitement of the win and seeing my team finally play up to their promise, I wasn't particularly tuned in to the building anger and frustration others had about what was happening. I didn't think too much about the score or the celebrations, but I also know I didn't have much perspective from which to see the bigger picture. But as I checked in on post-game commentary, I began to see why non-Americans viewed the events of the game differently than I did.

Despite the fact that Thailand is one of the handful of southeast Asian nations the United States doesn't have prominent questionable political or military history with, the optics of a stacked, strong American team demolishing them certainly weren't great. It's not difficult to see why someone watching would find it distasteful and upsetting.

The constant, public moral evaluation of whether Team USA should have "run up the score" or celebrated their goals exuberantly has overshadowed any discussion of the game, teams, or players themselves.  It also conveniently avoids the topic of
nationalism and how it functions in sports, trying to shift the focus to an allegedly feminist debate that mostly centers white women.

One thing that I kept coming back to as Twitter melted down and talking heads started weighing in was the fact that none of the commentators seemed to have spoken to or centered the Thai players, but they still saw it fit to comment about what would have been respectful to them.

Thai forward Miranda Nild told the LA Times that she cried after the game in happiness. A number of newspaper stories Wednesday morning referenced the crying Thai players, but very few journalists seemed to have actually spoken to one them. The New York Times Thai bureau spoke to fans both in the country and at the World Cup who expressed pride for their team.

I'm personally heading to France the first week in July and will be attending the World Cup Final, regardless of who's playing. I'm a big fan of this US team and many of its individual members, and a part of me wants to wear gear representing that fandom the entire time I'm in Europe. I want us to have more Megan Rapinoes in the world. But I'm also super conscious of how Americans are perceived abroad without the increased nationalism the World Cup brings out. I don't have any idea how to elegantly separate being a fan of these women from the idea of representing a country that I'm not inclined to defend or be proud of right now.

The aggressive, often grotesque "national pride" that comes out at of American fans during international sporting events is less jarring to those of us who are exposed to Performance Patriotism on a regular basis, but that doesn't make it less upsetting to those who are forced to witness it. For too many, American nationalism is representative of violence, hostility, antagonism and the exertion of power, and a lot of us in America are desensitized to this.

American cheers, chants and songs don't tend to be self-referential and positive. They aren't "I love us," but instead are "We're better than you," or worse "I hate you." Compare that to the jubilant dancing, singing and drumming of other countries as they love and celebrate their teams and you begin to understand the context under which this display of might was perceived.

From the Team USA side, they have been critiqued, particularly recently, for playing down to opponents. They have struggled to stay in their own game and put together a full 90 minute contest that their individual talent should have collectively been able to produce. They were knocked out of the 2016 Rio Olympics in the Quarterfinals. They won just one of three games in this year's SheBelieves Cup. Had they struggled to score in any way, that would have been the narrative.

In that way, it seems a bit like Team USA was damned if they did, damned if they didn't. This American side is vaunted as the best program in the world. If they didn't absolutely annihilate Thailand, there would be debates about whether they deserve the resources they're asking of U.S. Soccer. And compared to much of the rest of the world stage, their support is miles ahead.

Blowouts happen in sports. It's a game, and the Thai women players know what they're getting into playing Team USA at the World Cup. Thai player and fans that have talked to the media have spoken of their pride. In the end, it's a roster full of adult women, not naive children who expected to win this game.

A lot was projected on to these women as they became the lens through which a lot of people publicly worked through their issues and concerns. But we have to acknowledge what they themselves have said instead of projecting ourselves onto them. We have to take responsibility for our own displays of nationalism and our own supporter culture, rather than infantilizing women playing sports as cover for our own guilt and insecurity.  If you're ashamed, as an American, it ought to be because of a much bigger issue (American violence and imperialism) than some women celebrating 13 goals.