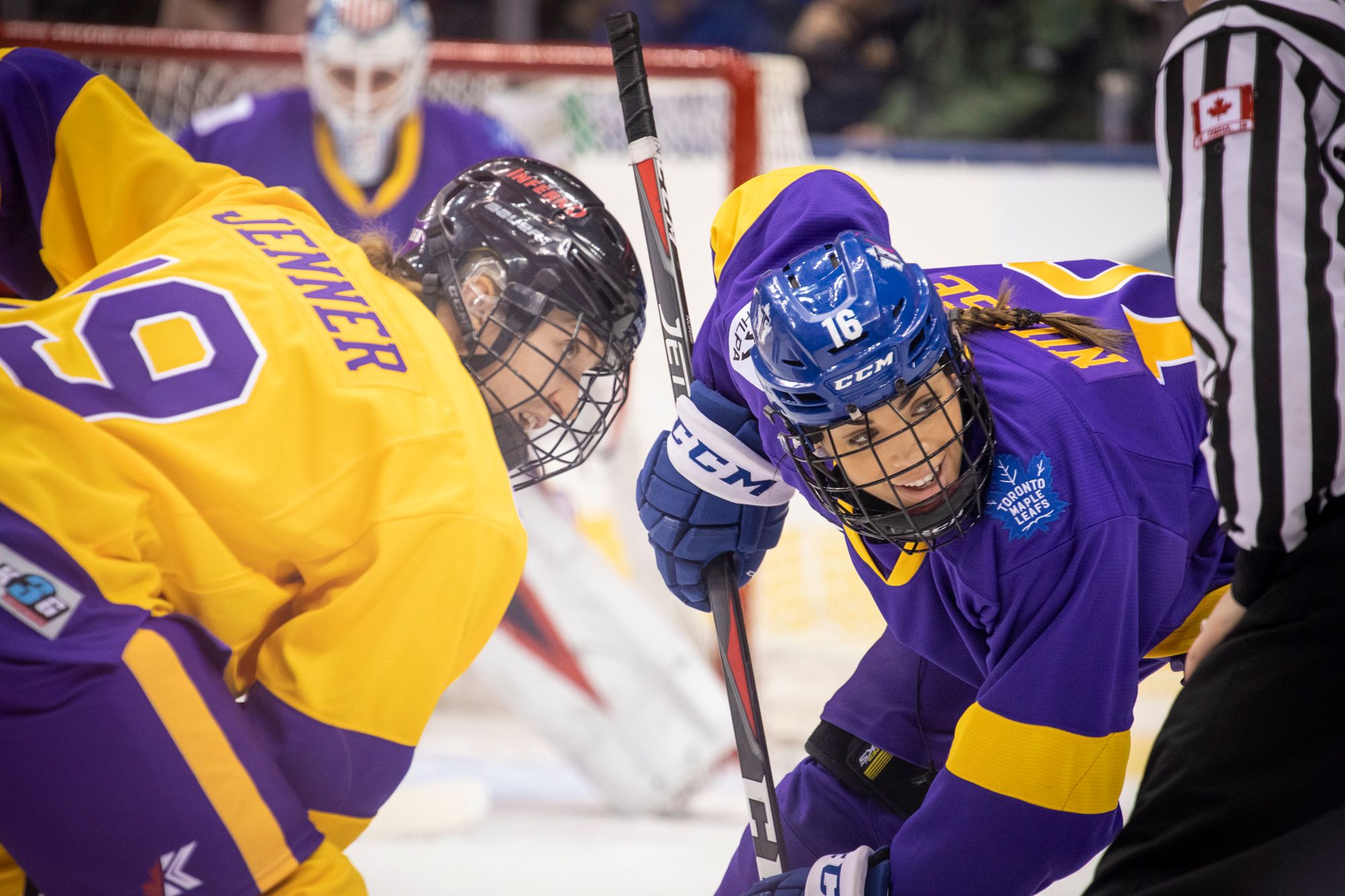 On Monday, the players who have joined the #ForTheGame pledge announced the creation of the Professional Women's Hockey Players Association, which was officially founded on Friday, May 17. The PWHPA isn't a labor union; it's a standard non-profit, incorporated by attorney Dee Spagnuolo in the state of Pennsylvania, where the players' legal team at Ballard Spahr is located. The players are united -- but not formally unionized.

The PWHPA does not consist of legal members, which makes logistical sense given the number and geographical scope of athletes involved. Rather, the association is primarily about having a structure in place to organize the ongoing movement and prepare for the work ahead.

"It's not a corporate union where we're fighting against an organization or fighting for rights within an organization, because we're not within an organization," explained former Markham Thunder goalie and CWHLPA co-chair Liz Knox. "But basically, it was necessary. Until this point, we've just been trying to communicate within ourselves and organize ourselves. We kind of recognized the need that there's a lot of people that want to support us, one way or another. So it's like, okay, we need to put some people in place, some bodies in place, to make sure that we have the right structure to take in the support that might be out there, the resources that are out there, and just help organize our personnel and make sure that everyone is under one roof. So that's where kind of we got the idea to incorporate, and our law team at Ballard Spahr kind of took the reins on that obviously -- that's more their area of expertise than us as players. It was a necessary step for us to continue to operate professionally and make sure that everyone stayed aware and involved."

The PWHPA is driven by the players: its leadership group consists of a nine-player Board that aims to be representative of the different women's hockey markets involved. (Names of the Board members are expected to be released soon.) There's also an internal communications team to ensure everyone who has signed on is kept informed, along with the legal team, marketing team, and media team. According to Knox, given the recency of their incorporation, they're ready to adjust the organizational structure as needed in order to best represent their interests and ensure proper functioning.

The primary purpose of the PWHPA, as stated in its initial release and in its articles of incorporation, is to promote, advance, and support the creation of a single, viable women's professional league in North America that will showcase the greatest possible product of women's hockey. But its formation is also essential to the more immediate goal of setting up something interim for the upcoming season.

"There is this misconception that all the players are just taking a year off and sitting back," said Knox. "And the reality is this year is going to be more work than we've ever had to put in playing hockey, and for some of us, playing and working full time. But we are trying to figure out a solution to keep the best players on the ice and in training facilities, whether it's on ice, off ice. We're hoping to get some sort of scrimmages or tournaments set up so that we can get in some games -- it's something that we're working on and something we've identified. The biggest thing is to know that we're not just passively sitting out a season and twiddling our thumbs. It's going to be a long ride, but we're working on solutions."

The latest release also speaks towards some of the players' priorities outside the field of play: "The PWHPA is looking for a league that also will provide support to training programs for young female players, promote diversity and inclusion at all levels of play, and raise awareness of hockey as a sport that is open to all." While many are skeptical of the track record of wealthy benefactors and the NHL when it comes to social issues, the PWHPA is making a point of ensuring that these topics remain at the forefront of the conversation.

In particular, Knox spoke towards the need for a truly professional environment in order to provide post-collegiate playing and development opportunities for young players: "I think there's, again, a misconception that we're only seeing the interests of our national team players, that we're only looking for this one huge professional league so that our national team players can get better, and that's just simply not the case."

She cited the transition from well-resourced university teams to the CWHL and NWHL, and the outsized burden placed on non-national-team athletes who are often responsible for their own training expenses, as key reasons behind the need for a viable professional league to be established sooner rather than later.

"These players are coming out of [university] and feeling like, yeah, yeah, that was fun, and now I'll just go play glorified beer league, basically," she continued. "So it's a matter of keeping more of those players in the game. We see so many players finish university and not play because they feel that it would just be a waste of one or two years where they should be working towards their professional careers outside of hockey. It's important to us that we harness those athletes as they come out, that there's a place for players to develop, and then there's also that pinnacle of the game, that truly professional league, so that there's something to work towards.

"If you look at the Olympics, it's only every four years and you're filling a 23-woman roster per country, so it's very limited opportunities for those of us that don't fit that mold or just couldn't quite make that step. And there are a lot of players that are very close to it, or if given the right opportunity might be able to excel in that environment, but the opportunity just hasn't been there... It's crazy that as pro hockey players, we don't have facilities like gym facilities that recognize us and are willing to offer strength and conditioning programs to us, or even a discounted rate. A lot of athletes that are not national team carded, we pay for all this stuff ourselves. So it's a big commitment, and it's going to be a lot of work. It is a little bit scary, but it's something that we feel that we've earned."

When it comes to the online presence of the PWHPA, many have noticed the clear transition from the former CWHLPA. Those player-centric platforms were developed within the past 18 months, and those involved saw no reason for the work that had been put in -- whether it be the base logo design and web development offered free of charge by Steve Conforti at Sports Marketing Allstars, or the social media accounts that had already amassed interested followers -- to go to waste simply because a league had folded. The organization may be new, represent a different group, and embody a different vision, but that doesn't need to mean starting entirely from scratch.

The association also isn't out to be exclusionary. Over 200 players have pledged to stand united #ForTheGame and be part of the PWHPA, but they have no intention of framing it squarely as an us-versus-them scenario.

"I think for whatever reason -- I don't know if it's a societal thing or the women's hockey circle; I choose to believe it's a bigger issue -- we love the conflict story," Knox said. "And I really can't stress enough that the players that have chosen not to pledge with our PWHPA... nobody's holding a gun to anybody's head here. This is something that if you believe in, and if you believe that there could be better and that maybe we could make a different step towards that solution, then absolutely, come with us, join this journey. And if you don't, that's okay too. And if down the road, you decide that maybe it is something you want to be a part of, then come along for the ride. And same vice versa -- there are going to be players that get the itch in the fall, and maybe they look for something different, maybe it's not happening soon enough for them."

While Knox and the PWHPA are playing the long game and trying to create something sustainable, Knox also believes the association's efforts will move fast. "I think that we love the narrative of conflict and we especially love the narrative of female conflict, and that's just not what we're here for. We're here because we believe that we can make a quicker stance for female athletes, and that's what we intend to do."

Filed under: pwhpa; for the game; forthegame; liz knox