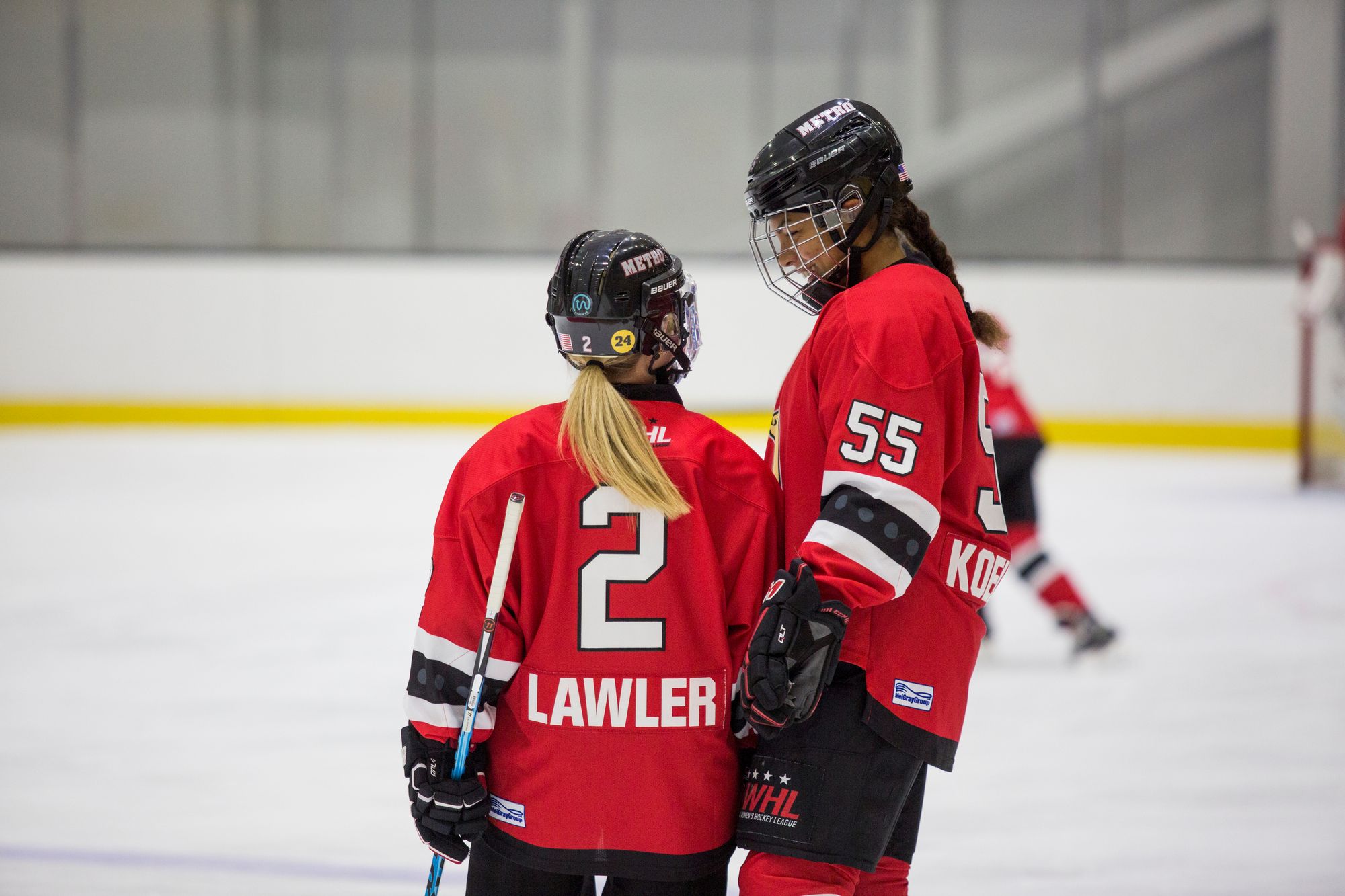 How did the NWHL's Metropolitan Riveters go from the league's best team and Isobel Cup Champions to fourth out of five teams in the league the following season?

The Riveters saw minimal turnover in their roster, returning nearly all of their major players from the Isobel Cup championship team. Among those returning: Madison Packer, Kiira Dosdall, Alexa Gruschow, Michelle Picard, Miye D'Oench, Erika Lawler, and both Katie Fitzgerald and Kimberly Sass in net.

As it turns out, the Riveters' top seven point-scorers from last season were all back with the team – but the difference in offensive output from one season to the next is astonishing, and not in a good way.

That's not to say the Riveters didn't have some new players in, and some players leave. Harrison Browne, Bray Ketchum, and Ashley Johnston all retired following last season's championship. Tatiana Rafter also left the team to play in Russia.

Among the newcomers: Audra Richards, who proved to be a very valuable rookie; Kristen Lewicki, who joined the Riveters from the Buffalo Beauts; and Alexa Aramburu, who came to the NWHL from the CWHL's Toronto Furies. Olympian Amanda Kessel also provided a huge boost to the Riveters' offense upon her return to the team. Kessel led the team with 17 points, including 15 assists.

The Riveters' goaltending situation this season was also puzzling. Both Fitzgerald and Sass returned to the team, with Sarah Bryant as their third goaltender... at least for part of the season. Maria Sorokina also joined the team late in the season from the Whale after being traded for future considerations.

How head coach Randy Velischek used his goaltenders.... well, that could be an article in and of itself. Velischek spoke about using a "three-man rotation" (despite, you know, actually having four goalies) and that when a goalie lost, they would not dress for the next game – which is how Fitzgerald wound up not dressing for a game for the first time in her NWHL career.

In the end, Fitzgerald went 2-9 and recorded a 3.32 GAA and .886 save percentage. Sass went 1-2, and Sorokina went 1-1. After the regular season (Sorokina requested, and was granted) release and is no longer with the Riveters, per Erica Ayala. Bryant did not get any ice time this season.

The Riveters opened their season with a trip out west, to visit the Minnesota Whitecaps for the first two games of the season. Metro lost the first game and didn't even score, falling 4-0. That kicked off a five-game losing streak to open the season for the defending Isobel Cup Champions – definitely not the start they were hoping for.

The team finally recorded its first win of the season on October 27, a 3-2 victory over the Boston Pride. The rest of the season was filled with ups and downs, as the team failed to record consecutive wins at any point and lost four out of their last five games.

Overall, the Riveters did the best against the last-place Whale, going 2-2 against Connecticut in the regular season. They went 1-3 against both the Beauts and Pride and 0-4 against the league-leading Whitecaps.

All five NWHL teams made it to the postseason, and the Riveters defeated the Whale in the play-in game to make it to the semifinals. However, due to travel issues, their game against the Whitecaps had to be postponed, and rescheduled for several days later – on a day when several players couldn't make the trip due to prior commitments such as work. The Riveters' season ended with a 5-1 loss.

↑ Katie Fitzgerald returned to form as the season wore on, despite the carousel in net. She remains one of the NWHL's top goaltenders and is a huge part of why her team didn't fall to the basement of the league.

↓ The Riveters were a league-worst 82.1 percent on the penalty kill, with 10 power-play goals against. They also allowed an average of 4.06 goals against per game while scoring just 1.88 goals per game themselves.

It's hard to discuss the Riveters' season, and how vastly different the results were from the championship season, without pointing a finger at the team's new head coach. Velischek, in his first season in the NWHL, took the Riveters from the best to one of the worst. All of the players saw significant drops in offensive production. The team allowed about twice as many goals against as it had the last season. A team that returned most of its championship-winning players and their chemistry should've had a solid chance at repeating, but wound up nowhere close.

To put it frankly: it would be shocking to see Velischek return behind the bench for the Riveters next season, and it's safe to say that fans – who have made impromptu #FireRandy campaigns on the Internet – would be less than pleased.

It will be really interesting to see how this season changes the composition of the Riveters going forward. Will Velischek return, and if so, how may this affect the players' decisions to re-sign or not?

In addition, we already know the Riveters are losing Miye D'Oench, who is hanging up the skates to attend law school. It's unclear, at least right now, what other players may be leaving the team, the NWHL, or their playing days altogether.

With all that said, the Riveters as a franchise can only go up from here, and they'll certainly look to turn things around heading into the next season.