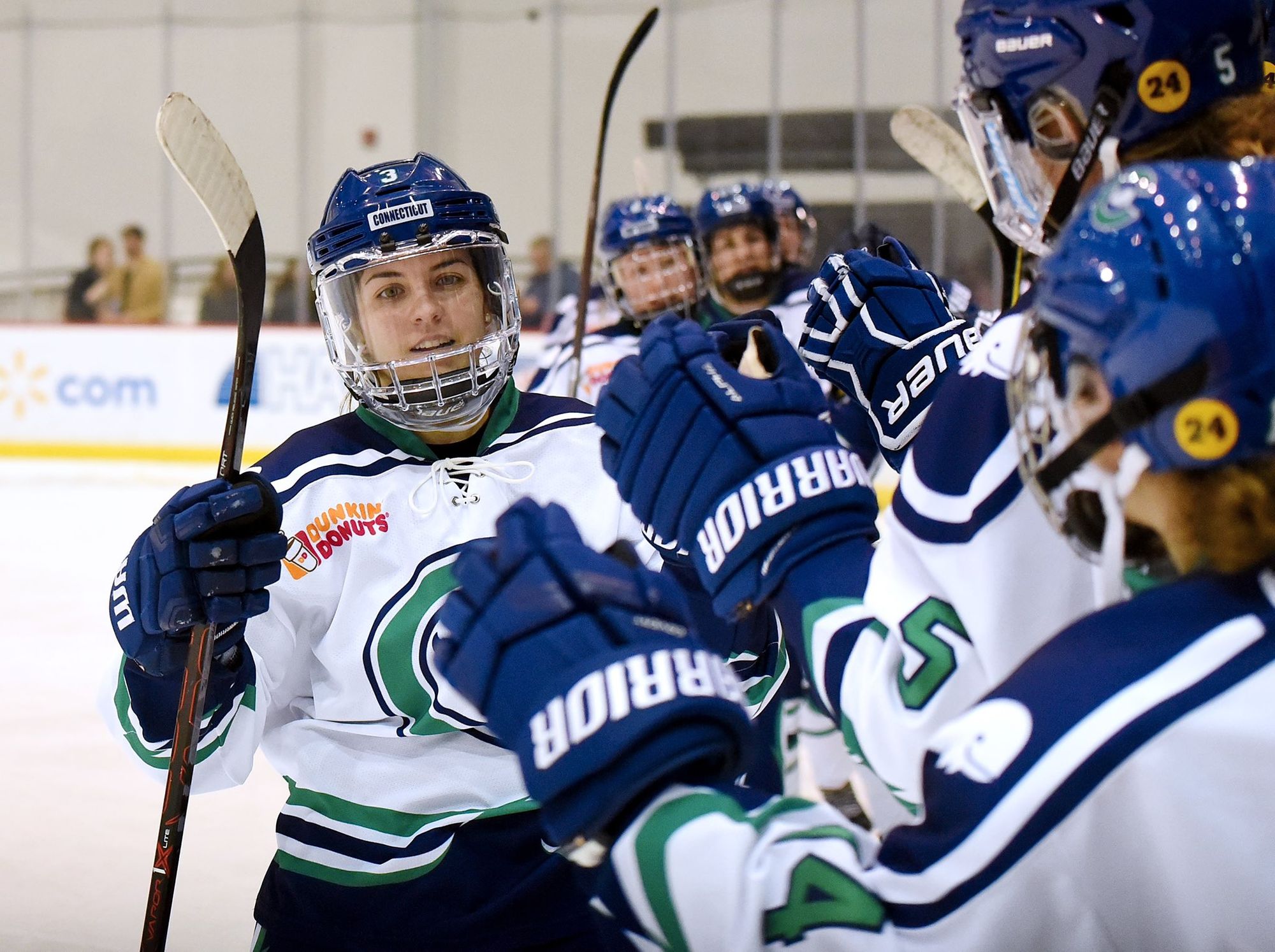 For the third straight season, the Connecticut Whale finished at the bottom of the NWHL standings. Their two wins on the season mark a new franchise low – beating the three wins they registered in the 2017-18 season – and they managed to earn just six points in the standings.

All in all, the Whale struggled this season in most areas. They registered a league-low 22 goals-for and allowed 64, for a minus-42 goal differential. They also lost ten straight games to end the regular season and then lost the play-in game against the Metropolitan Riveters that could've given them a chance at the Isobel Cup.

The Whale did see a good amount of turnover in their roster from last season. Notable departures include forward Kelly Babstock, who signed with the Beauts; Anya Battaglino, who didn’t play this season; and Amanda Boulier and Sydney Rossman, who both signed with the Whitecaps. Others who didn't return: Sam Faber, Grace Klienbach, Stephanie Mock, and Paige Savage.

With that said, Connecticut did return some of its big-name players, including captain Emily Fluke, who led the team with 11 points last season. Shannon Doyle, Elena Orlando, Rachael Ade, and Juana Baribeau also remained with the team.

They also added a whole new crop of players, including Michelle Löwenhielm and Katerina Mrázová. Former captain Jessica Koizumi returned to the team late in the season. Connecticut also added new faces in net, including Meeri Räisänen, who played most of the season for the Whale. Sam Walther, Maria Sorokina, Shenae Lundberg, and Erin O’Neil, along with returner Laura Brennan, also played at least one game.

The season didn’t start – or end – well for the Whale. They failed to score in either of the first two games of the season, dropping 4-0 and 7-0 decisions to Buffalo in a home-and-home split. Connecticut finally found the back of the net in week three, but still fell 4-2 to Boston.

It took over a month of action for the Whale to notch their first victory, a 2-1 win over the defending Isobel Cup Champions, the Metropolitan Riveters. But that was followed up by another loss, this time a narrow 4-3 defeat to the Riveters at the end of November.

The Whale then put out a strong showing on December 2nd, a 4-0 win over the Riveters played as a "home game" at the UPMC Lemieux Sports Complex in Cranberry, Pennsylvania. Sadly, that was the second and last win of the season for Connecticut.

They then dropped 10 straight games between December 8 and March 3. That period included losses to each of the other four NWHL teams, including three straight losses to the Whitecaps. Opponents outscored the Whale 40 – 11 in that stretch, and that includes a pair of shutout losses to Minnesota, including a 9-0 defeat.

Despite their lackluster effort in the regular season, the Whale got a chance at playoffs, thanks to the NWHL’s new postseason format. They dropped a 5-2 decision to the Riveters in the play-in game on March 7, ending Connecticut’s season with their 11th straight loss.

↑ Captain Emily Fluke registered a team-high 11 points, including eight assists. She was also one of four skaters to appear in all 16 games for the team.

↓ No Whale player finished the season with a positive plus/minus.

↑ Meeri Räisänen was a spectacular addition in net for the Whale. She appeared in 12 games and had a 3.03 GAA and .908 save percentage, including the shutout win in Pittsburgh.

↓ The Whale had a league-low 6.8% shooting percentage.

After a few seasons of chaos behind the bench, it seems the Whale have finally found a steady head coach in Ryan Equale. Connecticut went through a bunch of coaches and general managers in the first two seasons – including Jake Mastel, Lisa Giovanelli, and Chris Ardito. After all that chaos, combined with the Whale having to switch home rinks multiple times, it's nice to see them finally land in one place, with one head coach.

Cydney Roesler was also added as a player-coach this season, making her the first in Whale franchise history. Laura Brennan, Whale goaltender, also served as an assistant coach.

As a franchise, the Whale have always been either at or near the bottom of the league. They've never finished better than third (when the league still had four teams) and their early years were full of coaching problems, with a revolving door seemingly behind the bench in Connecticut.

That being said, if Räisänen chooses to return to the Whale/NWHL next season, she'll continue to be a huge presence in net for Connecticut and a critical part of the success they hope to have. It'll also be interesting to see if Jessica Koizumi returns for a full season after rejoining the team very late in this season.