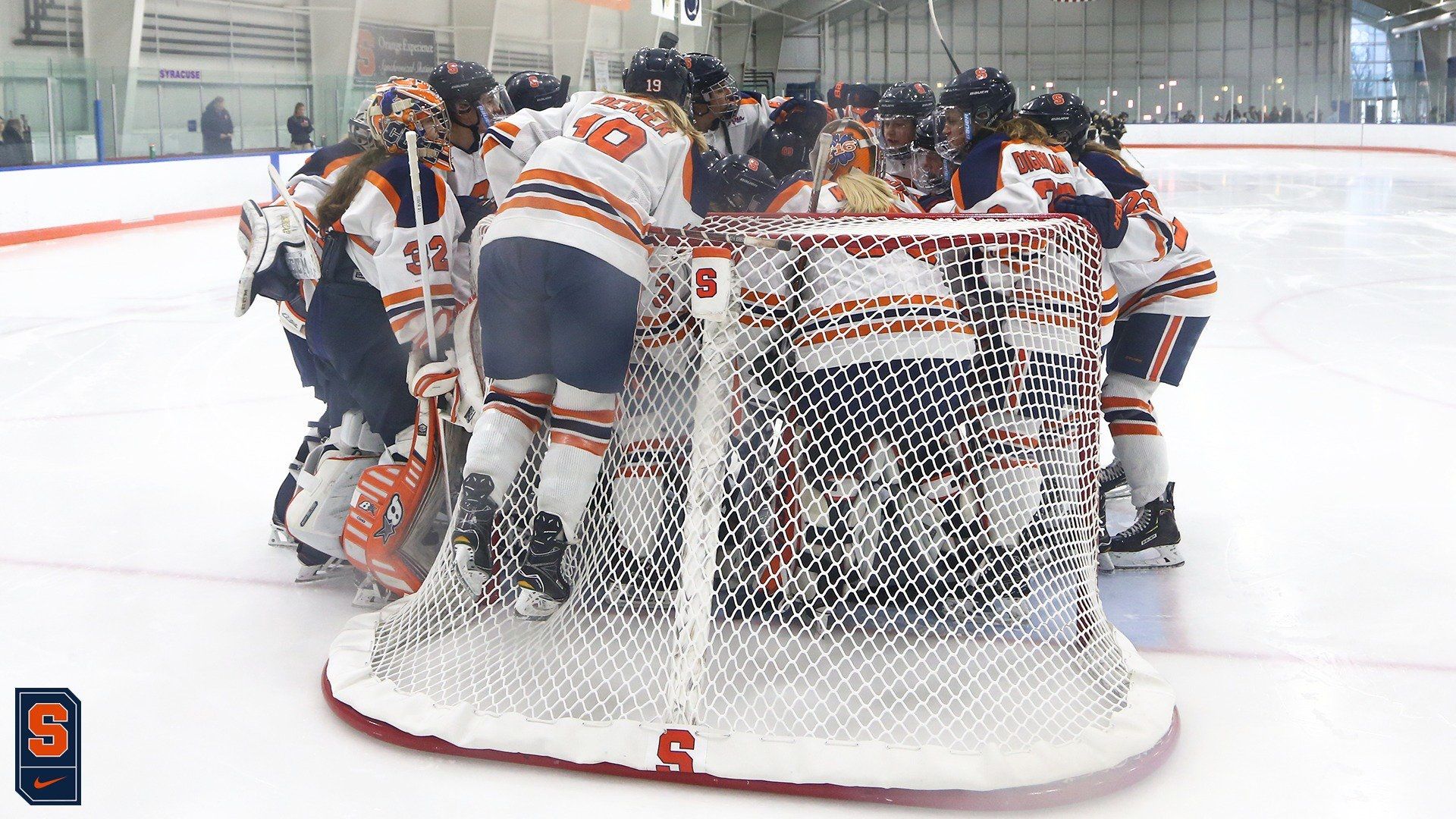 It's the playoffs! First round conference tournament matchups are happening three of the four conferences this weekend.

Princeton went into last weekend with the lead in the ECAC and ended up fourth. One reason for that was a 2-0 loss to St. Lawrence on Saturday. Earlier in the season, the Tigers needed overtime to take down the Saints 4-3. The four-five match up is traditionally the most volatile and ripe for upset and this one is certainly primed to be a heck of a series.

Princeton's post-season hopes hinge on whether or not they respond to their disappointing final weekend or end up on tilt. They went from basically a shoo-in for the NCAA tournament to having a tenuous hold on the final at-large bid. They would love to win this tournament and get the auto-bid so their fate isn't in anyone else's hands, but it won't be an easy path. The stars of their roster this year are rookies and how young players handle the stress, pressure and ice time of the final weeks is never easy to predict.

St. Lawrence has nothing to lose, which is always dangerous for a team to face. They have confidence after their win last week and know that they have the ability to take down Princeton. There's an interesting depth of players on their roster that haven't been big stars nationally this year, but have come up big in big situations for the Saints this year. That makes them a bit dangerous.

Friday, Saturday, and Sunday (if necessary) at 2:00 PM Central.

Watch: A stream should be available through FloHockey.

These two teams meet in the WCHA Quarterfinals for the fourth time in the last five seasons. The road team has had the upper hand in the past few years. The Beavers won a three-game series in Duluth to upset the Bulldogs in 2015. UMD won with a sweep at Bemidji in 2016 and Bemidji State won in three games in 2018.

Minnesota Duluth owned the regular season series this year, going 3-1 over their four meetings. The Bulldogs have Maddie Rooney in net, making it difficult for any opponent. Neither team is particularly prolific on offense, though UMD does average about a half-goal per game more scoring than Bemidji. Their defensive numbers are equal. The Bulldogs have a fairly prolific power play, but the Beaver penalty kill is fifth in the country.

What Bemidji does incredibly well is clog on the center of the ice and shut down any chance to get pucks in close. It's incredibly frustrating for opponents and they're especially good at locking it down further when they're up on the scoreboard. Coming back against the Beavers is virtually impossible. They'll be looking to steal a goal or two and then hold off UMD.

Both teams have had success against the top seeds in the tournament, so this series isn't just about making the WCHA Final Faceoff, it's about knowing that whomever wins has a decent shot of a big upset over Minnesota in their semi-final. The teams will have to make sure they're only focusing on the game at hand and not looking ahead, but the prospect of a big upset is certainly good motivation to get through this series on top.

Watch: A paid stream is available on BTNPlus.

The CHA only has six teams and conduct their conference tournament in a single weekend. That means they have one more regular-season weekend while everyone else starts their tournaments. Robert Morris has a three-point lead over Mercyhurst and Syracuse going into the final two games.

Mercyhurst has two games against RIT while the Orange and Colonials go head-to-head. Robert Morris need to take two points to take the crown.

For more of the season it seemed like this might be a two team race between Robert Morris and Mercyhurst, but the Orange have crept up and make shock everyone if they can pull off a sweep this weekend. The two teams split their series earlier in the season.

Though the Orange will be looking at the big prize, they also have to keep track of what Mercyhurst is doing as the top two teams in the CHA get a first-round bye in the tournament next weekend. Their one-weekend format is certainly high-drama, but it also asks a lot of teams as they play three games in three days. The reward for all that work is usually an NCAA opening round game against the number one seed. That bye game is crucial and if the Orange have designs on running the table, they'll want to earn that second seed as much as they'd like to earn the first.

↓Princeton – The Tigers went from first place in their conference (and a virtual lock for the NCAA tournament) to fourth place and playing for their post-season lives after not earning a point in the final weekend of the regular season.

↓Wisconsin – The Badgers had a two point lead heading in to the final weekend, but could not get a win against Ohio State and ended up second in the WCHA.

↑RIT goalie Terra Lanteigne –  Her 2,304 career saves at are a new school record. She leads the country with 1,087 saves this season.

↑Minnesota –  The Gophers swept the weekend and took the regular season crown. They also reached the 20-win mark for the 22nd consecutive season (each year of the program's existence).