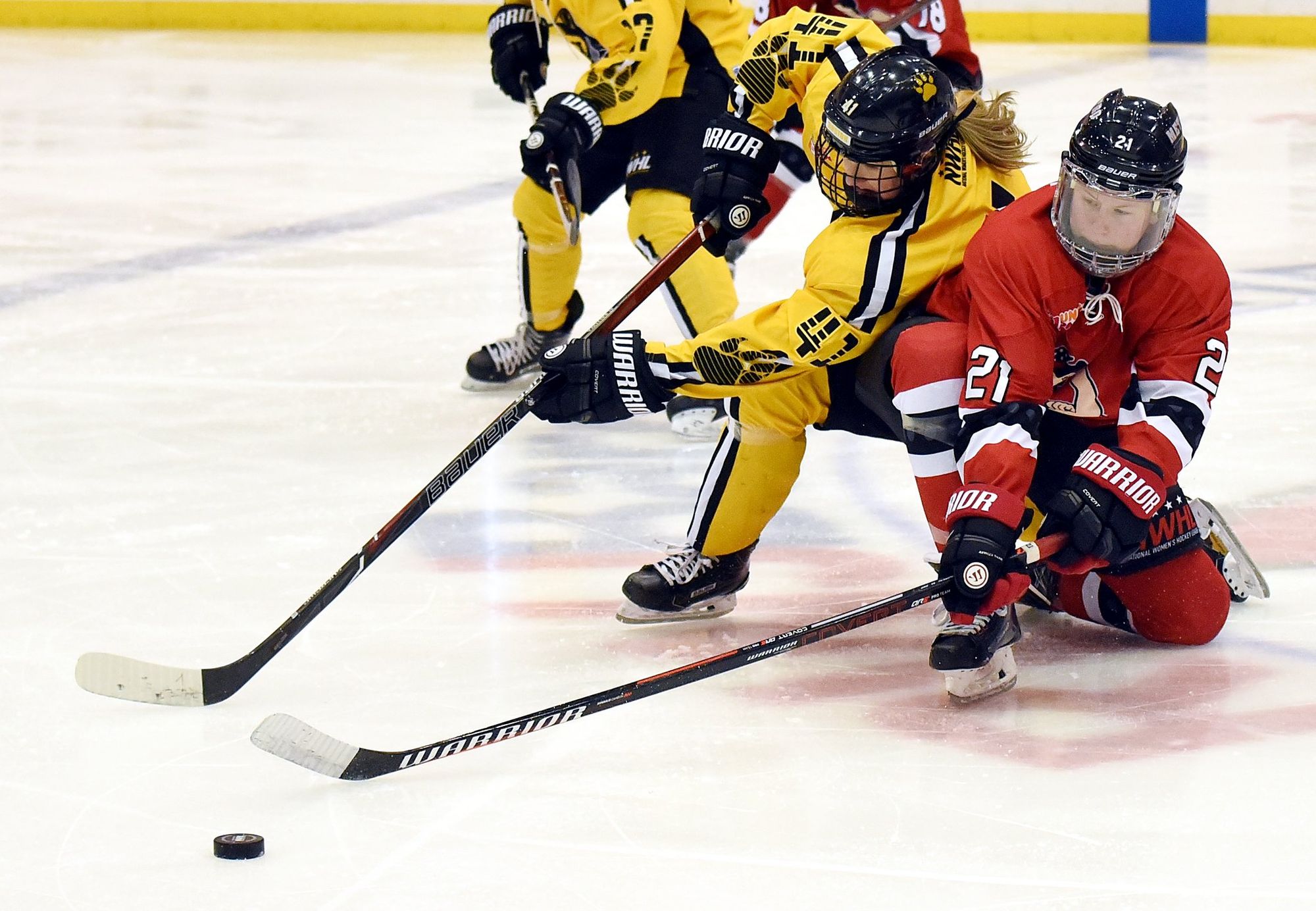 The Boston Pride dominated the Metropolitan Riveters in a Monday matinee in the lone NWHL action this past long weekend. The game was originally scheduled for January 20, but had to be rescheduled due to weather.

In the end, puck drop ended up being pushed back an hour on the rescheduled date, to accommodate U.S. national team players traveling back from the Rivalry Series in Detroit. The Pride would end up winning by a commanding score of 8-1.

The Buffalo Beauts, Connecticut Whale and Minnesota Whitecaps were all inactive in league action this past weekend.

The Pride scored eight straight goals, including three in the first period, en route to an 8-1 win over the Riveters on Monday afternoon. Despite the one-sided result, it was actually the Riveters who opened the game with some early scoring chances. But the Pride got on the board first, just three minutes in; Mallory Souliotis brought into the zone, and the Pride cycled the puck. Eventually, a cross-ice pass found Kaleigh Fratkin's stick; Fratkin took the shot, and Parker bounced on the rebound.

Nearly five minutes later, McKenna Brand increased Boston's lead to two on a shot from below the goal line. Denisa Krizova made it 3-0 more than halfway through the first period after she picked up the puck and got around the Riveters defense. The Riveters weren't without chances in the opening period, including sustained zone time, but couldn't get it past Katie Burt.

The Riveters stepped up in the second period and outshot the Pride 12-8 in the middle frame (the opposite of the first period), but it didn't do much good on the scoresheet. In the final minute of the period, Boston's Gigi Marvin scored twice in a span of just 22 seconds to make it a 5-0 game in favor of the Pride.

Marvin's first goal of the night was highlight-reel worthy, as she scored high in the net from the goal line on a sharp angle on the power play. On the next play, Marvin scored from nearly the same place on the ice, this time picking up a pass from Amanda Pelkey behind the net and squeezing it in low on the side of Kim Sass.

Sass was pulled after the second period; she allowed five goals on 15 shots. Maria Sorokina came in as her relief for the final twenty minutes of play. Katie Fitzgerald was not dressed for Monday's game; it was the first time in her NWHL career that she was not dressed for a game.

Head coach Randy Velischek spoke about his three-goaltender rotation after the game and the... interesting way he's using the three. (Quotes via Erica Ayala.)

"Basically, it is a you win, you play. You lose, and unfortunately because we have three that are legitimate starters, you end up in the stands."

At any rate, Sorokina didn't have a much better time in net in the third period. Just 2:32 in, Parker scored her second goal of the afternoon from Sorokina's left on another sharp angle. Haley Skarupa got on the board less than three minutes later as she was alone in front to pick up a pass from Marvin along the boards.

Amanda Kessel had the lone goal for the Riveters, as she scored with 10:02 to play to end Burt's shutout bid. Kessel's goal came off a nice back-and-forth with Miye D'Oench and was Kessel's first goal as a Riveter at home, in regulation.

There are only two weekends left of NWHL regular-season action before the Isobel  Cup Playoffs. Here's a quick breakdown of the games each team has remaining.

The Beauts and Whale each have three games left. Buffalo hosts their final home game of the season this Saturday, February 23 against the Riveters; they'll then travel to face the Whale and Riveters on March 2nd and 3rd, respectively.

Each of the Whale's three remaining games will be played on home ice, as they host the Pride this weekend, then the Beauts and Whitecaps in the final weekend of the season.

The Riveters, Pride and Whitecaps each have a pair of games left. The Riveters will visit Buffalo this weekend and then host the Beauts on March 3rd.

There are still some critical points up for grabs as teams fight for playoff standings. Although no final standings can be confirmed yet, it is certain that the Riveters and Whale will have to play for a spot in the playoffs; the winner of that game will end up facing the first-place team in the semifinals.

The second- and third-place teams will face off in the other semifinal. Stay tuned for more Isobel Cup playoff information as it becomes available.