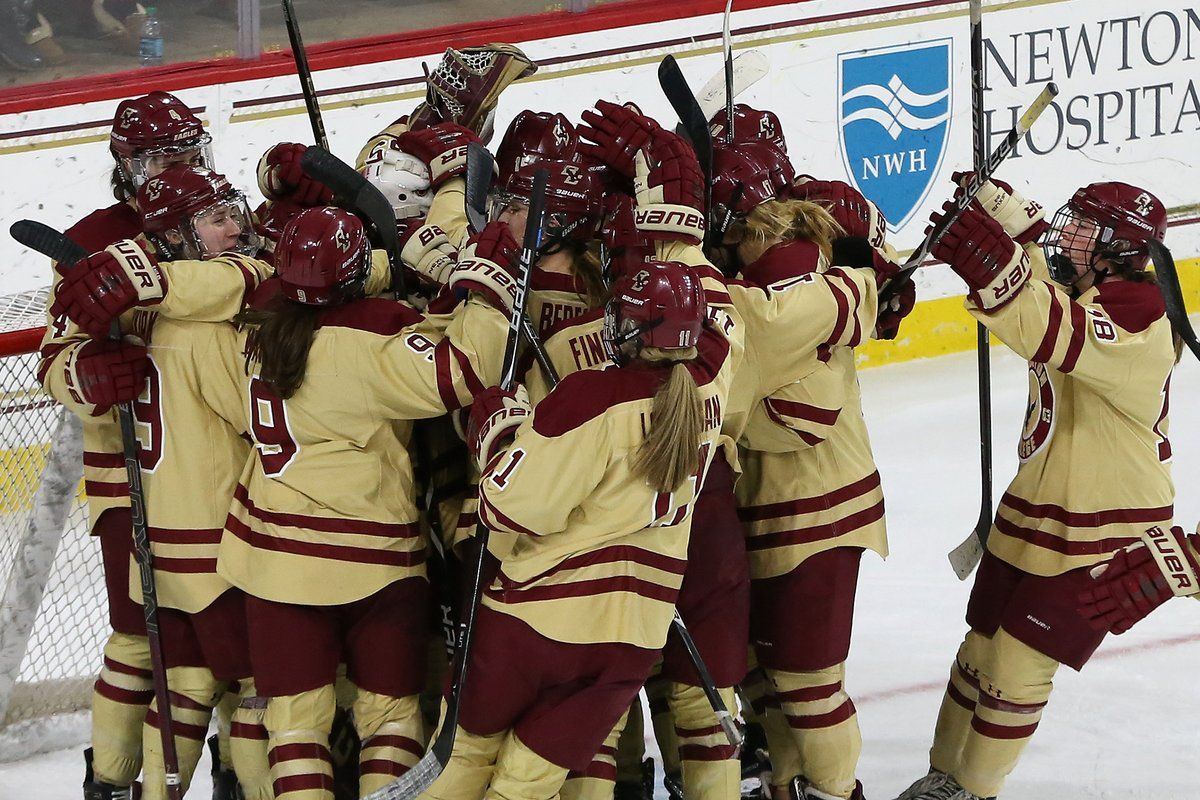 Watch: A paid stream is available on FloHockey or on BTNPlus.

When these two teams met earlier this season in Minnesota, the Gophers won 3-0 in the first game and the Buckeyes rallied for a 3-2 win in the second game. Last year, Ohio State swept the Gophers in Columbus.

The Buckeyes will be looking to right the ship and maintain their third-place position in the WCHA. Last weekend's losses let UMD close the gap and just two points separate the two teams right now. Ohio State had been a team that was likely to get an at-large bid to the NCAA tournament, as well, but now is in a more precarious position. Taking points from the number two team in the country will be important for them.

The Gophers have less to lose, but they're also looking to find consistency. They haven't swept any of the other top teams in the WCHA and they could use the boost of putting away a quality opponent twice.

Minnesota is scoring a goal and a half more per game and allowing .5 goals less per game than the Buckeyes, so Ohio State will need to get creative if they're going to shut down the prolific Gophers.

Neither team has been as successful on special teams as their coaches would like, so it'll be interesting to see how penalties play into the dynamic of the series.

Friday and Saturday at 3:00 PM Eastern

Watch: A paid stream is available on ESPN+ on Friday and Saturday.

Cornell holds a one-point lead over both Clarkson and Colgate to sit in second place in the ECAC right now. They've won three in a row and have lost just once in their last 13 games. They has just two losses all season, but they've ended up with five ties. They've got to find a way to get pull out those wins late in tight games

Colgate has one loss in their last 11 games and are averaging more than four goals scored per game over that stretch.

They haven't faced each other yet this season. Last year, they split their regular-season series, but Colgate defeated Cornell in the semifinals of the ECAC tournament, ending their season.

Colgate has been more prolific on offense, but Cornell has been more stingy on defense, so the series should be a matter of seeing who blinks first. It's likely that second place in the ECAC is on the line.

Watch: A paid stream is available on ESPN+ on Friday and through CBS Sports on Saturday.

Providence dropped out of the national rankings this week and are looking to get back on track. Before sweeping Vermont last weekend, BC hadn't managed to string together any wins since November.

These two teams are nearly identical in team statistical numbers, though Providence does have a significantly better penalty kill. Special teams could be a bit part of how the game shakes out as Boston College is the fourth most penalized team, averaging more than 10 minutes in the box per game.

Providence won their meeting earlier this season 4-2 as Maureen Murphy and Christina Putigna each scored twice and each had a power play goal to lead the Friars.

The Friars are currently in fourth place in Hockey East, just one point clear of Merrimack, though they do have a game in hand. They're also just two points behind Boston University and have two games in hand over the Terriers.

↑Clarkson senior Loren Gabel – She became the new program all-time leading scorer after tallying three goals and two assists on the weekend . Through 144 career games, Gabel has amassed 186 points, including 22 goals and 20 assists this season.

↓Providence – The Friars fell out of the national rankings this week after a split with New Hampshire. Providence has lost three of its last four games and four of its last six.

↑Boston College senior Megan Keller – She is two goals and three points away from setting a new single-season points record for a defender in Hockey East play.

↓Ohio State – The Buckeyes were swept by UMD last weekend and dropped to No. 7 in the rankings. Their ranking is on shakier ground now, as they're just two points clear of the Bulldogs in the WCHA standings have fallen to 8th in the Pairwise.

↑Boston University –  The Terriers moved into the national rankings this week. They are on a five game win streak and enter the rankings for the first time in more than two years.