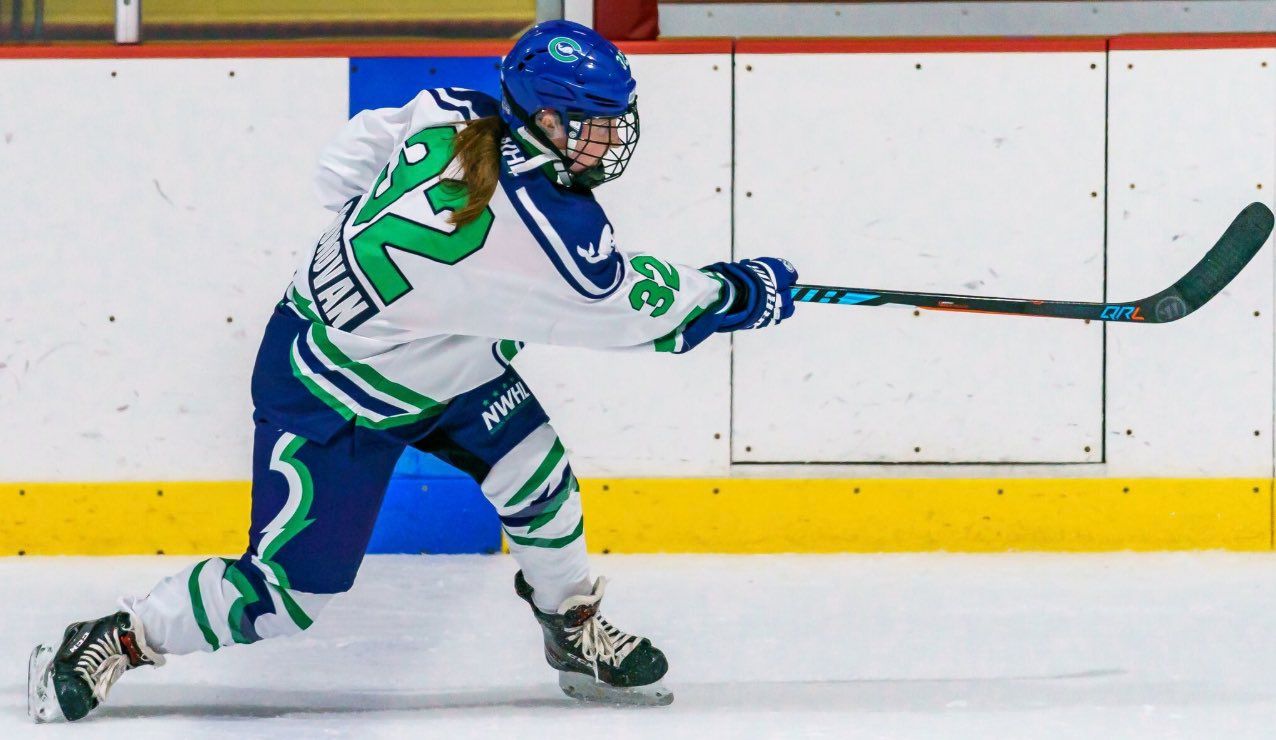 After two weeks of downtime, the National Women's Hockey League returns to the ice this weekend with four of its five teams in action. Here's what you need to know heading into the weekend:

The Minnesota Whitecaps, who remain undefeated through six games, will maintain their perfect record for at least a little while longer. They are inactive in NWHL action until December 1, but will face Lindenwood University for a double-header this weekend. Puck drops are set for 2:00 PM Central Saturday and 12:00 PM Central Sunday.

The Buffalo Beauts and Boston Pride will meet for the first time this season on Saturday night, as the teams face off for a 7:30 PM Eastern puck drop at Warrior Ice Arena. They'll rematch the following afternoon at 2:30 PM Eastern.

The Beauts enter this weekend looking to recharge after dropping two straight to the Whitecaps. Led by returning forward Hayley Scamurra, who has put up seven points (3G, 4A) in four games, and newcomer Dani Cameranesi (six points in four games), the Beauts look to get back into the win column.

Whether the Beauts go with Shannon Szabados, Nicole Hensley, or split goaltending duties this weekend remains to be seen. Szabados played in both games against Minnesota and then went off to the Four Nations Cup with Team Canada. Hensley hasn't played since October 7, when she registered a 10-save shutout.

The Pride, on the other hand, have played only three games so far this season, winning two of them. They started off the season with wins over the Riveters and Whale before giving Metropolitan its first win of the season. Emily Field and Haley Skarupa are each averaging more than a point-per-game, with four points each in three games.

Boston has gone with Katie Burt in every game so far this season, but that could change this weekend with their first set of back-to-back games. It's certainly not out of the question that Brittany Ott, who finished last season with a 2.41 GAA, could see some playing time soon.

Elsewhere, the Metropolitan Riveters and Connecticut Whale will square off at Barnabas Health Hockey House on Sunday at 2:00PM Eastern. It'll be their first meeting of the season and the Twitter Game of the Week.

Though it's been a few weeks, the Riveters are coming off their first win, a narrow 3-2 decision over the Pride last month. The Whale will play their first game in nearly a month; they last dropped a 4-2 game to the Pride on October 20.

That being said, the goaltending situation should be interesting for the Whale going forward. Meeri Räisänen has seen most of the action so far, playing 168:33 of the team's first three games, but now, Maria Sorokina has officially joined the team. Could we see the Russian goaltender make her NWHL debut this weekend?

Katerina Mrázová has two points for the Whale this season, while Emily Fluke has one goal. The Whale got shut out in each of their first two games and were outscored 11-0. They finally got on the board last game against Boston, scoring twice, but still fell in the end.

Amanda Kessel leads the Riveters with seven points, including six assists, in six games. Kessel is another player who will be returning to the NWHL from the recent Four Nations Cup action; she won with Team USA.

The 2019 NWHL All-Star Weekend will be held in Nashville, TN on February 9-10. A skills competition will be held on Saturday, with details to come. The All-Star Game will be played on Sunday at Bridgestone Arena, home of the NHL's Nashville Predators, at 2:45PM Central, part of a double-header with the Predators/Blues game earlier that day (11:30AM Central).

Beauts netminder Shannon Szabados and Whitecaps defender Lee Stecklein have been announced as team captains for the All-Star Game. Full rosters will be unveiled at a later date.

The NWHL also announced a mid-season Goaltender Development Camp, to be held in Estero, Florida from December 14 through 16. All goaltenders in the league were invited; among those already committed to attend are Szabados, Räisänen, Ott and Amanda Leveille.