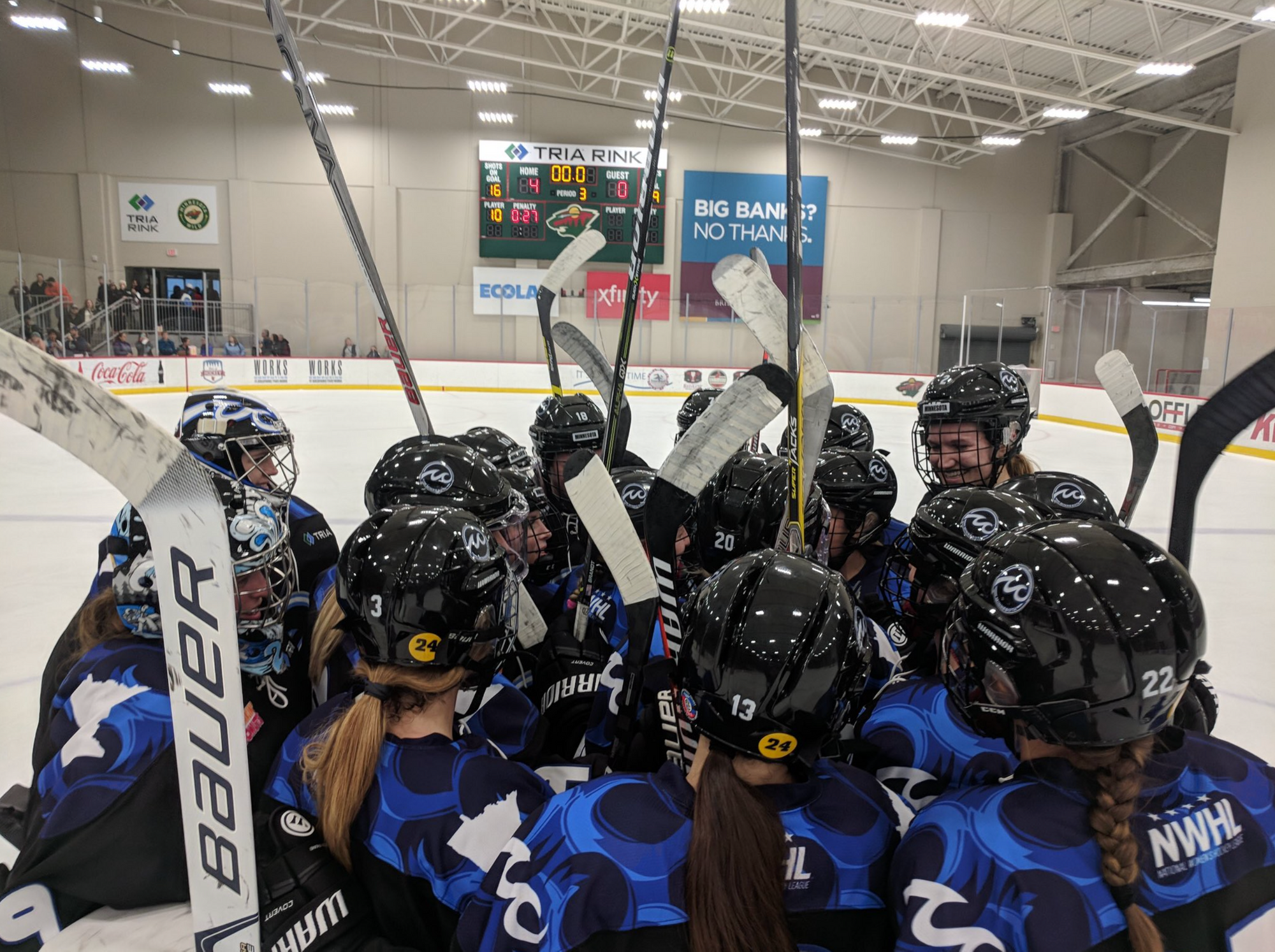 The Minnesota Whitecaps made quite an entrance into the NWHL this weekend, topping the defending Isobel Cup Champions twice. Elsewhere, the Buffalo Beauts shut out the Connecticut Whale with Nicole Hensley at the helm. The Boston Pride were the lone inactive team this weekend.

The Whitecaps topped the Riveters by scores of 4-0 and 3-1 this weekend, respectively. Powered by a top line that included Kendall Coyne Schofield, Hannah Brandt, and Kate Schipper, the Whitecaps showcased their skills against the defending champs.

Katie McGovern scored the first NWHL goal for the Whitecaps more than halfway through the opening period of Saturday's game. McGovern picked up a pass from teammate Jonna Curtis in front of the net and put it behind Katie Fitzgerald with a quick shot on the power play.

Brandt would make it 2-0 early in the second, getting Fitzgerald on one side of the net and squeezing the puck in on the other side. Schipper and Lee Stecklein registered assists.

Schipper made it a 3-0 game in the third period on a shot that got through at least two Riveters players. Coyne Schofield added a shorthanded empty-netter with under a minute to play.

Amanda Leveille was perfect with 19 saves in her first game with the Whitecaps. On the other side, Fitzgerald stopped 11 of 14 shots faced.

The teams reconvened for their second matchup at TRIA Rink on Sunday afternoon, a quick turnaround after the 4-0 decision Saturday.

Amanda Boulier, former Connecticut Whale, opened the scoring for the Whitecaps Sunday. Boulier got a pass off the boards from Schipper and put it over Fitzgerald's shoulder from the faceoff dot.

Before the first period ended, the Riveters finally got on the board. Metropolitan made a lot of passes before the puck ended up on the stick of Jenny Ryan, who finally got it in the net from down low. Amanda Kessel assisted on the goal.

A wide-open Jonna Curtis picked up a pass from Allie Thunstrom across the ice and went in all alone on Fitzgerald in the second period to regain the lead for the Whitecaps. Brandt added her team's third goal of the night later in the second period, and Minnesota skated off with a 3-1 win.

A Whale team that was missing several players, including Randi Griffin and Maria Sorokina, dropped a 4-0 decision to the Beauts on Sunday.

Meeri Räisänen made her North American pro debut for Connecticut and had 34 saves in the loss. Nicole Hensley, making her NWHL debut, registered the 10-save shutout.

Elia made her way to the net and got around a Whale player to put the puck behind Räisänen for the 1-0 Beauts lead just over seven minutes in. She added a second goal less than three minutes later after getting Räisänen out of position.

Scamurra and linemate Dani Cameranesi assisted on both goals.

After a scoreless second period that saw the Whale hit with four minor penalties (and Buffalo with a pair), Scamurra stepped up in the third period to add two goals and double her team's lead.

Scamurra's first goal of the season was an incredible individual effort as she skated through four Whale players on her way to the net.

She then backhanded another past Räisänen with under three to play. Blake Bolden registered her first point as a member of the Beauts with an assist.

The Beauts and Whale rematch next Saturday, October 13 – this time in Buffalo. It's a 1:30 PM Eastern puck drop at HARBORCENTER.

The Boston Pride will make their season debut, hosting the Riveters at 7:30 PM Eastern at Warrior Ice Arena.