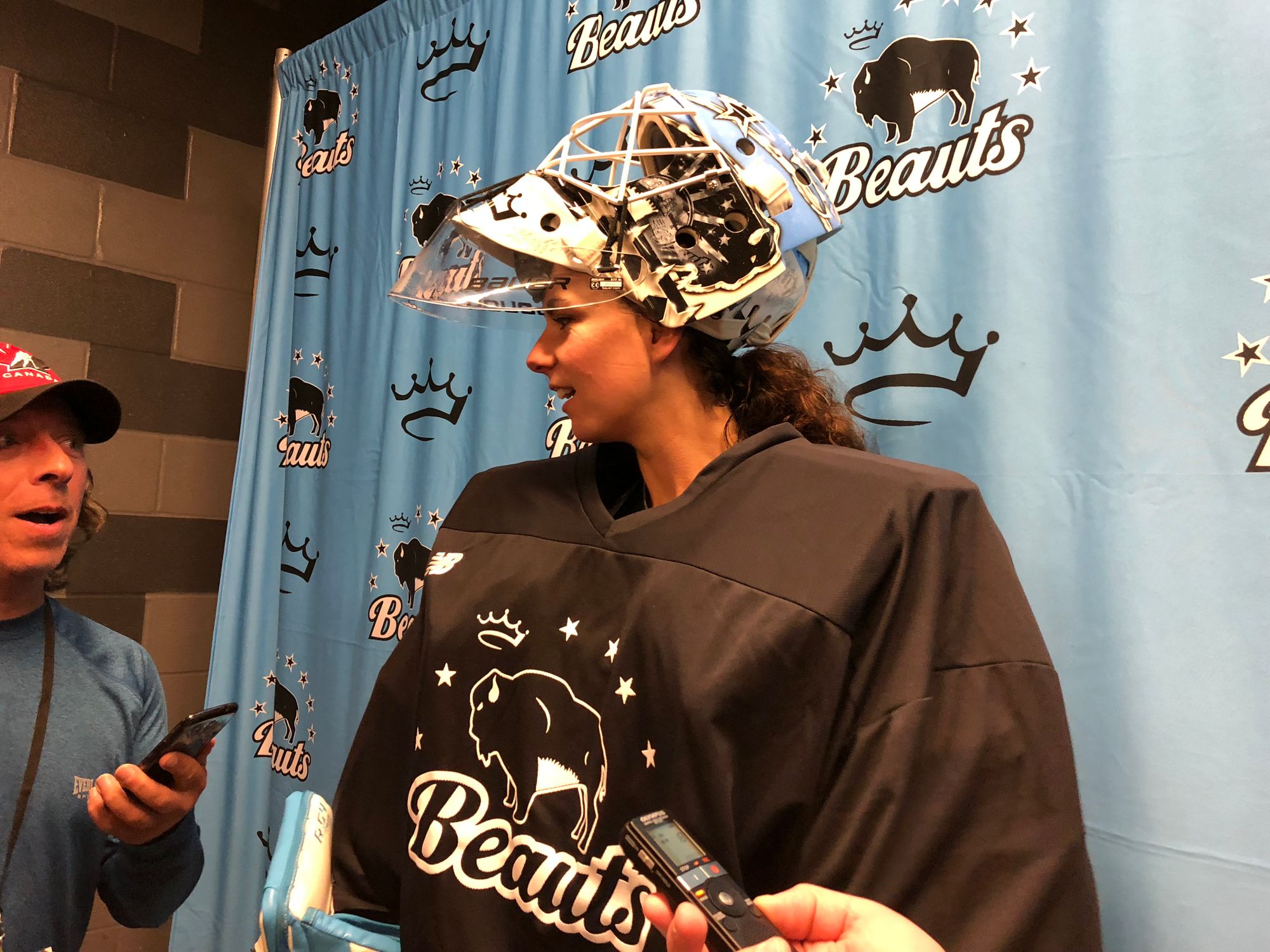 There's a lot of new blood in the NWHL this season; not just on the Minnesota Whitecaps, the league's newest addition, but on the league's other teams, too. In total, as of October 4, a whopping 46 percent of the players set to appear on this season's rosters will be making their NWHL debuts.

Most of the newcomers have never played professionally before, coming in off their collegiate careers. Some, like Buffalo Beauts netminder Shannon Szabados, have played professionally in other leagues. A handful have international experience, either in the Olympics (like Szabados and Nicole Hensley) or in other competitions with their respective national teams.  (It'll be interesting to see how the league contends with a "rookie of the year" contest this season with so many new NWHL players who are already so experienced and talented.)

Regardless of where they're coming from, hitting the professional stage will undoubtedly be an adjustment for these players. Adjusting to the style of play in the world of professional women's hockey, and the NWHL in particular, may take some time. There's also team chemistry that needs to be built with these new players, which will happen organically as the season goes on.

Naturally, the Whitecaps have the most "new" players heading into their first NWHL season; 22 of the 25 players they've signed have never appeared in an NWHL game before. They've certainly got a lot of talent on their team, and it will come in handy that two of their three goaltenders are NWHL regulars. Amanda Leveille and Sydney Rossman, along with defender Amanda Boulier, can help their teammates adjust to the league and to playing against other pro teams (as opposed to facing solely collegiate teams as Minnesota had in the past).

Nearly half of the Connecticut Whale's roster for this season consists of new players to the NWHL, including all three of their netminders. While they've mostly got returning players on the blueline, the Whale have added a ton of new talent up front, including Michelle Löwenhielm, Czech Republic National Team forward Katerina Mrázová, and Unified Korea Olympian Randi Griffin. While these players are used to playing at a higher level of hockey with their respective national teams, it'll be interesting to see how they adjust to the North American game.

Meeri Räisänen, Maria Sorokina, and Sam Walther are the new netminders for the Whale.

The Pride have seven new players, including three each on forward and defense. Katie Burt is also a new addition to the NWHL and will make her introduction alongside longtime Pride goaltender Brittany Ott. BC's Taylor Wasylk and Northeastern's McKenna Brand and Denisa Krizova are the newbies up front.
Toni Ann Miano, Lauren Kelly and Dru Burns will be the newest addition to Boston's defense.

The Beauts and Riveters also each have several players new to the NWHL. For Buffalo, in addition to netminders Hensley and Szabados, they've also got Savannah Harmon on the blue line, along with Julianna Iafallo, Annika Zalewski and Dani Cameranesi up front.

Iafallo, Zalewski and Harmon are all coming off their college careers, while Cameranesi, Hensley and Szabados are coming off the Olympic year, where they all medaled with their respective teams.

Finally, the Riveters have Audra Richards coming from Maine; Princeton's Fiona McKenna, and Alexa Aramburu. Aramburu has played professionally before, suiting up for the CWHL's Toronto Furies; however, this will mark her first season in the NWHL.

Nearly half of the players who will suit up for the NWHL this coming season are new to the league, so it will be interesting to see how these players adapt and how their teams – and the veterans among them – can help them make the transition.