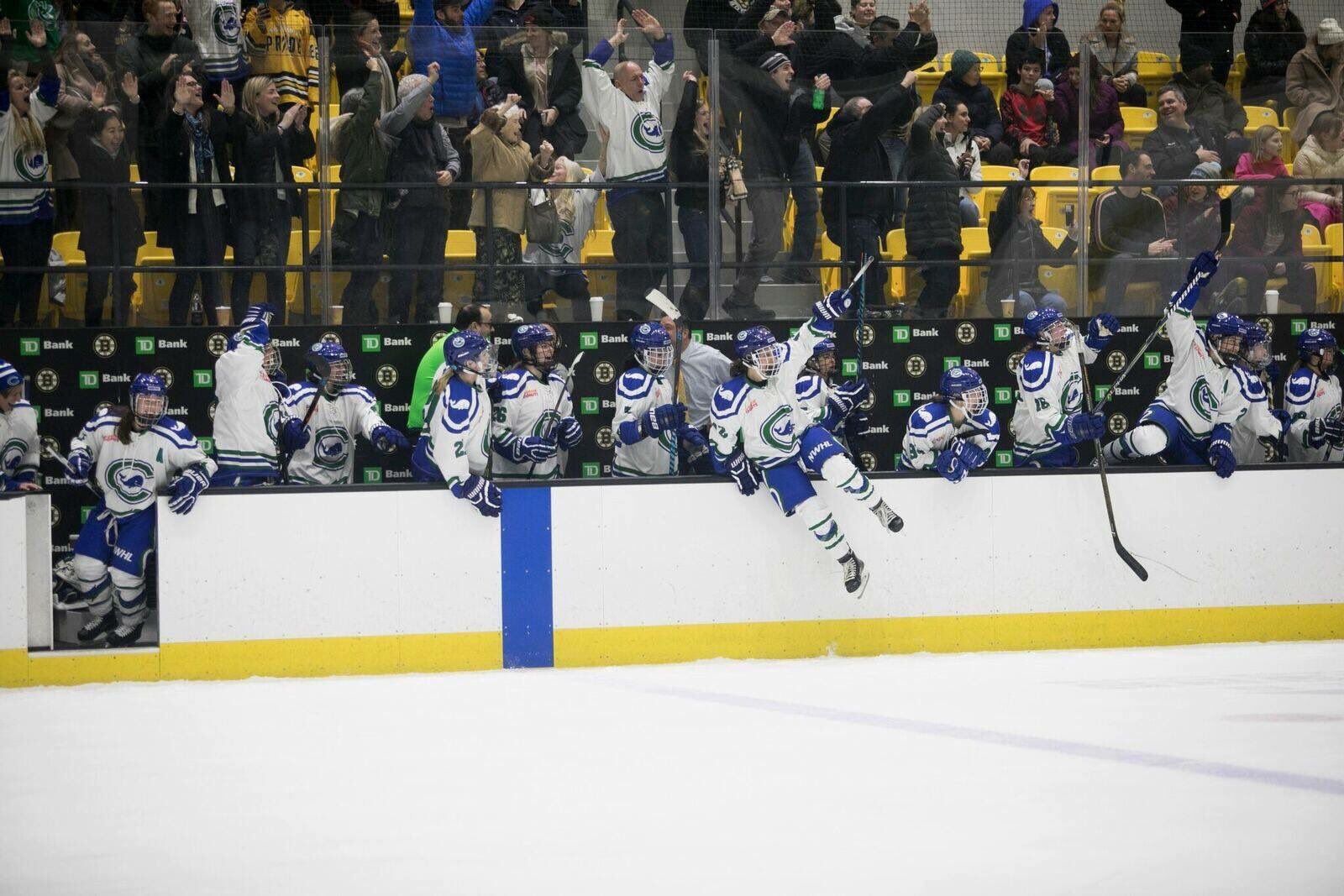 After finishing second in the NWHL's inaugural season, the Whale have found themselves at the bottom of the league standings for two consecutive seasons. Last season, they managed only a measly eight points – their lowest ever – and three wins. They also had a league-worst minus-29 goal differential and scored only 26 times.

Ryan Equale returns for another season behind the Connecticut bench. He'll be joined by Cydney Roesler, who will serve as an assistant coach while also playing for the team.

The Whale can add up to two additional forwards/defenders.

The Whale have a lot of new players this season, including three new netminders. Connecticut solidifed their goaltending trio upon signing Meeri Räisänen earlier this week. Räisänen is a Finnish Olympic Team netminder who spent last season playing for HPK Hämeenlinna.

"I have dreamed about living and playing in the States for the past few years and now I am very excited to join the NWHL and the Connecticut Whale," said Räisänen. "The NWHL has many of the best players in the world and I am really looking forward to playing with against them. This will be a thrilling new challenge for me and I know I'm going to learn a lot more from my teammates and coaches. Every game will be good hockey and I am ready to give my all for the Whale."

Räisänen took home the bronze medal with Finland at the 2018 Olympics; she's also played for her native country at the Olympics in 2014 and in four World Championships.

More than half of the Whale's forwards this season are new to the league, including the aforementioned Löwenhielm, Mrázová and Griffin. They also added Melissa Sheeran, Sarah Hughson, and Nina Rodgers, among others.

On the flip side, the Whale have a returning defense core that includes Rachael Ade, Roesler, and Elena Orlando.

Emily Fluke, who led the team in points last season, has returned to the team – but they lost Kelly Babstock to the Beauts. Babstock had been a key part of the Whale's offense for several seasons, but now they'll have to see what it's like to play against her.

Connecticut faces a challenge to start the season. After their season-opener at home on October 7, they won't be back at Terry Conners Ice Rink until December 30, a stretch of six games on the road. That includes two games each in Buffalo and New Jersey, as well as a matchup against the Riveters at the UPMC Lemieux Sports Complex in Cranberry, Pennsylvania.

The addition of Räisänen was something many were eagerly waiting – and hoping – for. She is a huge addition to the NWHL and to the Whale in particular, and I'm excited to see what she brings to the North American game.

Connecticut appears to be a real contender this season, particularly with their new additions.  If all of those new players can come together and gel, they will hopefully garner a better-than-last-place finish this year – or go even further.