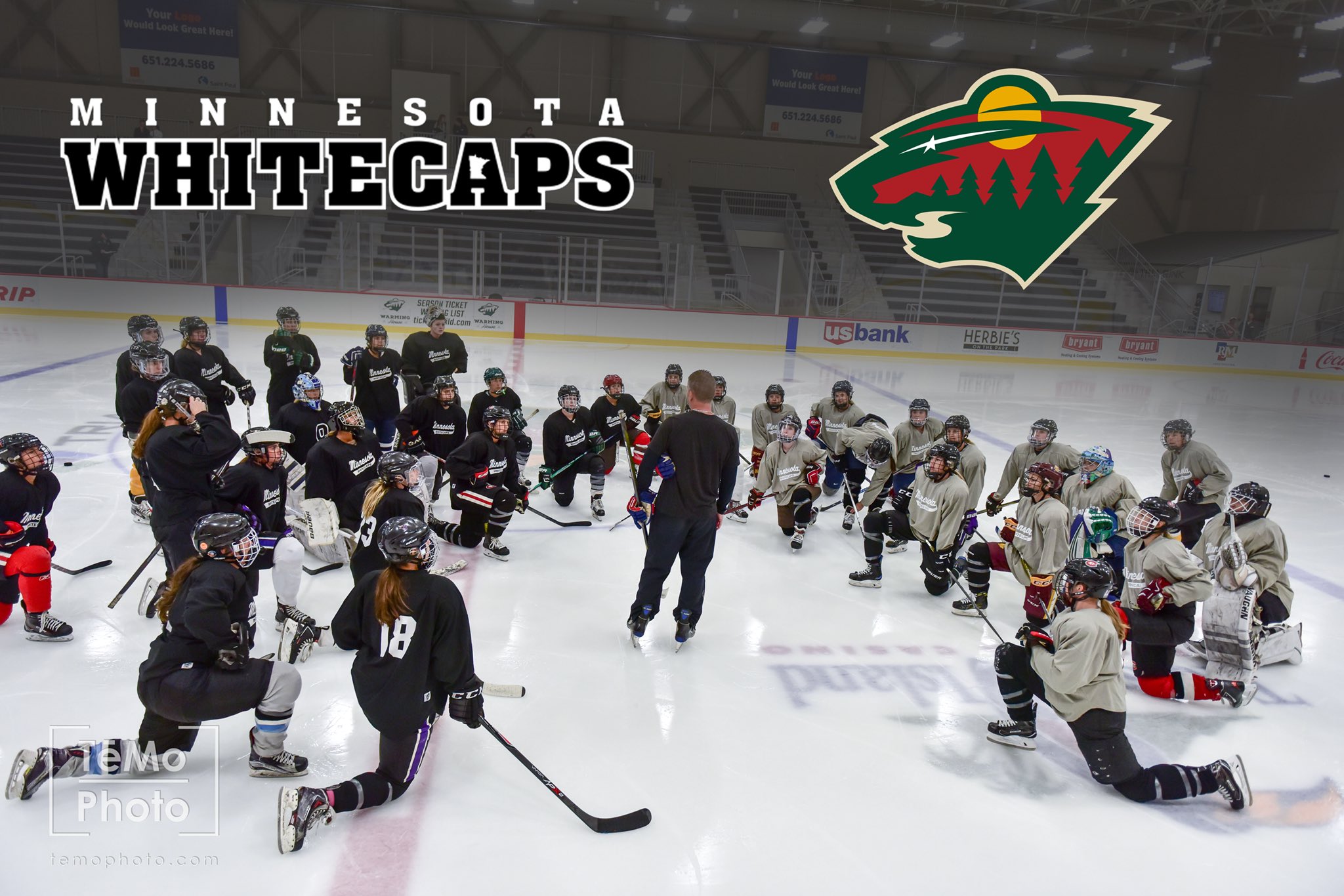 Nearly half of the roster spots available for the NWHL's fourth season are now full, with less than two months until the season kicks off on October 6.

Several players have signed deals over the last week. In addition, the NWHL announced an alignment between the NHL's Minnesota Wild and the Minnesota Whitecaps, and the league provided some information about its 2018 Draft.

Bender, Fratkin, Dempsey Back in Boston

Defender Lexi Bender has re-signed with the Boston Pride for her third NWHL season. Last year, she played in the league's All-Star Game, was selected for Team NWHL, and won the league's Foundation Award.

In 16 games, she recorded one assist and 22 shots on goal. She also had seven blocked shots.

"My goal this year is to do anything and everything I can to help the Pride win the Isobel Cup," Bender said. "I'm sick of seeing pictures of other teams with it all summer!"

The Pride also signed defender Kaleigh Fratkin, who put up five assists in 11 games last season with Boston. She has previously played for the Connecticut Whale and the Metropolitan Riveters; she also won a Clarkson Cup with the CWHL's Boston Blades.

"The continual growth in all aspects of this league truly proves the potential of women’s professional hockey. I want to thank all the fans, NWHL players, and hockey supporters who continue to be dedicated to this league," Fratkin said.

Jillian Dempsey, Boston's captain last season, has also re-signed with the team. She led the Pride in goals (8) assists (7) and points (15).

"It's a new season and a fresh start for our team," she said. "We did not reach our expectations last season, but found ways to grow and bounce back from tough losses, which will benefit us this season."

Meaghan Pezon, a skater who has played both forward and defense, has signed with the Minnesota Whitecaps.

Pezon has played for the Whitecaps since 2010.

"I'm unbelievably honored and incredibly excited to be back playing for the Minnesota Whitecaps intheir inaugural season in the NWHL," she said. "Having been a part of the Whitecaps organization in the past and seeing all the organization has done to get to this point, the day the NWHL announcement was made was a special day."

Pezon calls herself an "offensive forward," though she has played both positions in the past.

"I love to shoot the puck and make plays with my linemates," she said. "I love the creativity of the game of hockey. I'm hoping to bring the fans of the Whitecaps creative and exciting plays, while continuing to take care of my defensive responsibilities."

Amanda Boulier, who spent her rookie season with Connecticut, has also joined the Whitecaps.

The defender had eight points (3-5) in 12 games last season and was named to the NWHL All-Star Game. She will be attending graduate school in Minnesota.

McKenna previously played at Princeton from 2013-2017, where she played with Kelsey Koelzer. She also won silver at the 2013 IIHF U18 World Championships with Team USA.

She joins the Isobel Cup champions with a playing style that "revolves around strong skating," and says she likes to focus on working as hard as she can on both the forecheck and the backcheck.

Slattery split her collegiate career between Providence and St. Cloud State. She played professionally in Sweden with IF Sundsvall/Timrå during the 2016-17 season.

She said she considers herself "an offensive defenseman who likes to get in the action when I can and join the rush."

"I hope to bring good energy and a competitive nature to the team," she said. "I hope to add to the depth fo the team and show my passion for the game, on and off the ice."

The league also announced its plans for a draft, which will be held at some point during the season. In previous years, the draft was held over the summer via conference call/social media.

Per a league representative, they expect to hold the draft "at some point during the 2018-19 season."

"Since the end of last season, the league has been considering a different time in the year to have the Draft -- a time that would be better for the teams and players, and put an even bigger spotlight on the women's game," said the representative.

"With so many exciting ongoing discussions about the future of women's professional hockey, the NWHL has decided to take some more time with its decision regarding the Draft. We will update you as soon as a decision is finalized," the league's statement read.

It is possible that this could mean an in-person draft rather than a virtual one, though nothing has been confirmed by the league.

Finally, the NHL's Minnesota Wild have announced that they will provide "far-ranging support" for the Whitecaps in their inaugural NWHL season.

The Whitecaps' home opener has been moved to 4:00 PM Central, still at TRIA Rink, in order to accommodate fans and give them the chance to attend both that and the Wild's home opener later that evening.

The Whitecaps will join the Wild at the Minnesota State Fair and participate in several youth hockey initiatives, including Girls' Hockey Weekend, the Faceoff for Fitness school assembly program, and the Little Wild Learn to Play Program.

This is the third time an NHL team has given support to an NWHL team. The Devils have a multi-year partnership with the Riveters, while Pegula Sports & Entertainment, owner of the Sabres, also own the Beauts. 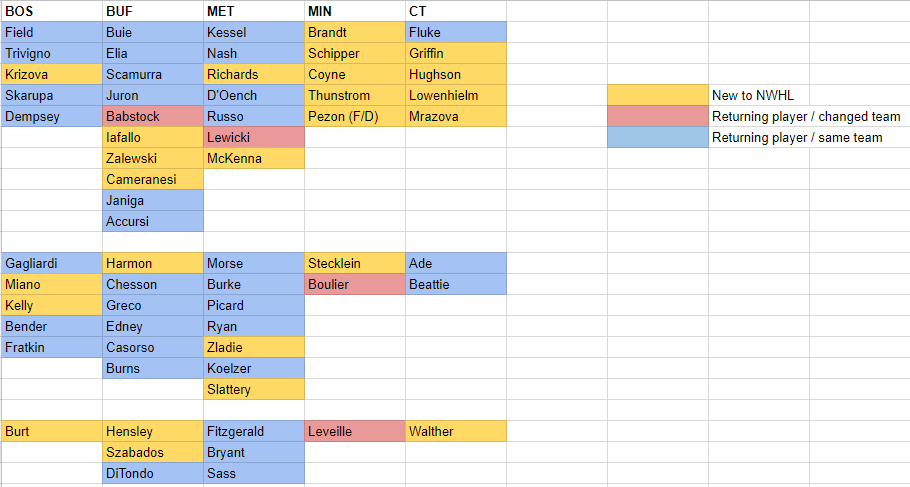