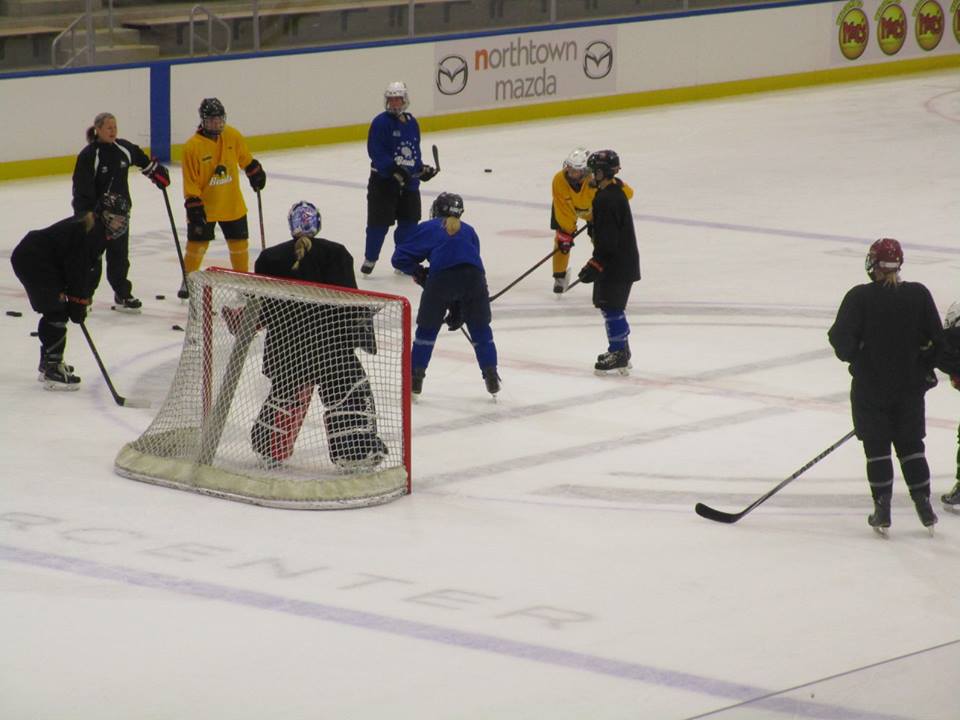 Slowly, but surely, rosters for the 2018-19 NWHL season are starting to fill up. A total of 42 roster spots are already filled across the league, including nine of the 15 goaltending spots.

There's still plenty of offseason ahead, including the regular-season schedule coming shortly, but so far, it appears there will be at least a handful of new players coming into the NWHL, along with some returning players.

There are also still many US national team members who have previously played in the league, including Emily Pfalzer and Brianna Decker, who have yet to sign anywhere.

Here's the signings that have been announced in the past week:

First, Dana Trivigno re-signed with the Boston Pride. Trivigno, a two-time NWHL All-Star, returns for her third season in the league, and second with Boston. To date, she has notched 17 points (6G, 11A) in 29 career NWHL games.

"Dana is an outstanding player in all areas of the game and she'll have an important role with the Pride this season," said head coach Paul Mara. "I'm confident she's going to have a great year."

Emily Janiga has returned to the NWHL and re-signed with the Buffalo Beauts. Janiga spent last season with the Vanke Rays of the CWHL, where she accrued 14 points in 28 games. The Rays have been contracted, leaving Janiga open to return to the Beauts. This will be her second season in the NWHL after she won the Isobel Cup with Buffalo in 2017. During that season, she put up 11 points (6G, 5A) in 17 games.

The Metropolitan Riveters expanded their defense, returning Courtney Burke, Michelle Picard, and Jenny Ryan to their blueline for the upcoming season.

All three played in the 2017 NWHL All-Star Game; Burke was named the league's top defender. Picard was the Riveters' recipient of the NWHL Foundation Award, while Ryan was a finalist for Rookie of the Year.

Picard has put up 12 points in two seasons with the Riveters, while Ryan averaged a point-per-game last season with 16 points in as many games.

Finally, the Minnesota Whitecaps re-signed forward Kate Schipper. Schipper, 23, played for the Whitecaps last season, so this will be her first season in the NWHL. She already has some familiarity with the league, however, as she was one of two Whitecaps to participate in last year's All-Star Game in Minnesota.

While NWHL signings continue, the list of players signed up for the CWHL draft continues to grow -- including several names familiar to the NWHL.

Tatiana Rafter, who played with the Buffalo Beauts in the inaugural season and spent the last two years with the Riveters, is signed up for the draft. She'll be continuing her education at the University of British Columbia and is expected to join the Calgary Inferno.

Kelsey Neumann has also signed up for the CWHL Draft. She has limited playing time in the NWHL and has found herself on the outskirts of the Beauts with the signings of Szabados, Hensley, and DiTondo. It is expected that she will join either Markham or Toronto.

Jess Jones, who spent last season with the Beauts, has returned to the CWHL with the Markham Thunder. She previously spent four seasons with the franchise during its time in Brampton from 2013 until 2017.

Finally, Beauts draft pick Brittany Howard has signed up for the CWHL Draft as well. The CWHL holds its draft on August 26.