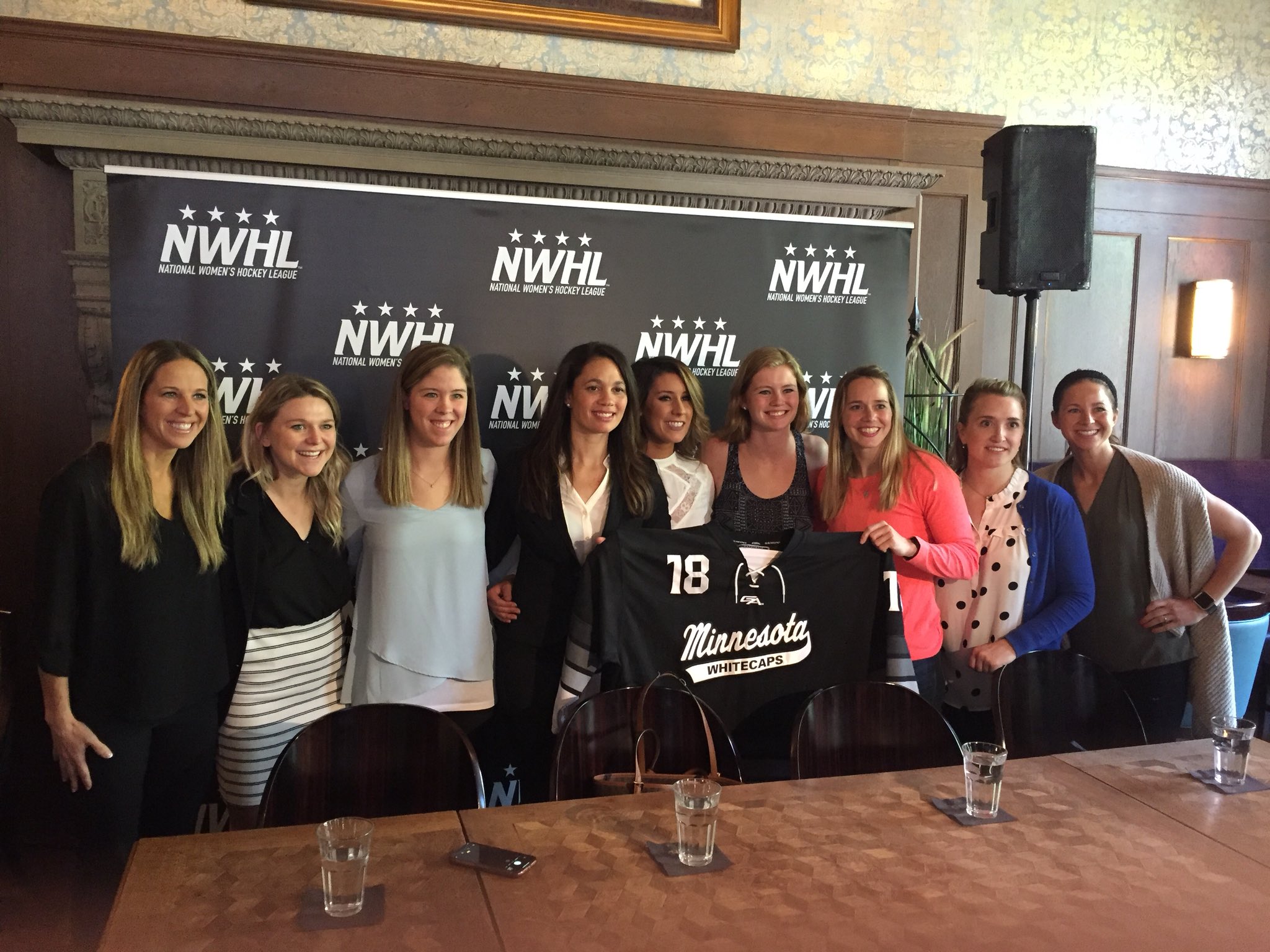 In an historic moment, the National Women's Hockey League announced Tuesday that the league has acquired the Minnesota Whitecaps, who will begin play with the 2018-19 season.

The Whitecaps, previously an independent organization, joins the Founding Four in the NWHL for the upcoming season. The Whitecaps organization was established in 2004, and per their website, was "created to give female players in the Midwest an opportunity to continue their playing careers beyond college."

This past season, the Whitecaps played collegiate and high school teams including St. Cloud State, the University of Minnesota, and Shattuck-St. Mary's. In the past, they've played exhibition games against CWHL and NWHL teams, including the Connecticut Whale in the NWHL's inaugural season.

The Whitecaps also previously won the Clarkson Cup in 2010, as part of the Western Women's Hockey League. They defeated the Brampton Thunder for the title with a roster that included notable names like Julie Chu and Winny Brodt.

Now, they've officially joined the NWHL as the league's fifth team, and the team most westward in the United States, joining Boston, Buffalo, Metropolitan and Connecticut.

Logistically, the announcement had to come before June 1, which is when NWHL free agency opens.

"Minnesota is an essential part of women’s hockey in North America. When you consider all of the talented players in this area and the passion this community has for the game, the Whitecaps are going to be incredible on and off the ice," said NWHL commissioner Dani Rylan.

The NWHL made its first venture to the state of Minnesota this past season when it partnered with the NHL's Minnesota Wild to host the All-Star Game at TRIA Rink. The game saw a large outpouring of support for women's hockey, including over 580,000 unique viewers on Twitter and a crowd in the stands.

Rylan called the league's expansion -- the first in its history -- a "monumental step."

"Having Minnesota in the NWHL expands our national footprint and grows our game in so many ways," Rylan added.

Where Do We Go From Here?

The NWHL's press conference on Tuesday announced the Whitecaps as the league's newest team, but left a lot of questions that should be answered in the coming weeks and months.

How did this come about?

Notably: where did the league get the money to acquire the Whitecaps? Are there are new investments, corporate partners, or sponsors involved? Is the NHL or the Minnesota Wild organization involved at all, perhaps quietly?

Where will the Whitecaps play?

The Whitecaps didn't play any "home" games last season, but if they follow the rest of the NWHL teams, they'll play some home games as well as on the road. Could they find their home at TRIA Rink, where the All-Star Game was held?

Per Rylan, the league will announce where the Whitecaps will play in the coming weeks.

Could we see players who have already skated for other NWHL teams now join the Whitecaps? Could Olympians like Gigi Marvin, quoted in the league's press release, also join the Whitecaps? It appears as though free agency leaves all five teams' rosters completely open -- so anything goes.

As for the Whitecaps coaching staff, it is expected to be announced in the near future.

What will the league's salary cap/structure be now?

More players in the league means more money to be dished out via salaries. Where is that money coming from? (It could be at least partially linked to the Pegula Sports & Entertainment purchase of the Beauts, but that is unconfirmed.) How much will players be paid this coming season?

The Whitecaps will presumably carry 25 roster players, the same as the other four NWHL teams.

Last season, each of the Founding Four teams played 16 games. With a new team in the league, it may seem natural to think that the schedule will be expanded to accomodate the Whitecaps -- as well as the travel that will be required to and from Minnesota for teams. However, according to ZoneCoverage.com's piece on the expansion news, Rylan said the league is "looking to continue the 16-game regular-season schedule with eight home games and eight away games for each team."

This could mean that a team would face each of the other four NWHL teams four times, likely twice at home and twice on the road.

Speaking of travel -- this expansion means the NWHL is no longer just a bus league, but will include air travel to and from Minnesota; Rylan has confirmed this. However, it's unclear how the schedule will be framed. Logically, it would make sense that a team would fly out to Minnesota and perhaps play two games in a weekend there -- or vice versa for the Whitecaps.

How will the Isobel Cup Playoffs be structured?

There are now five teams in the NWHL -- could there be a way that all five would make the playoffs? Or does this now mean that perhaps only the top four teams in the league at the culmination of the regular season make it to the postseason?

And of course -- are there any other teams joining the league?

If the league did add any other additional teams for the 2018-19 season, they would likely have to announce that prior to the June 1 free agency opening. It's not expected, but also not out of the question.

Minnesota was perhaps not the anticipated location for the NWHL's first expansion, but it makes logical sense. The organization was already in place, which certainly makes things easier than starting a franchise from scratch.

Stay tuned to the Victory Press for more information as the NWHL season grows closer and free agency opens June 1.