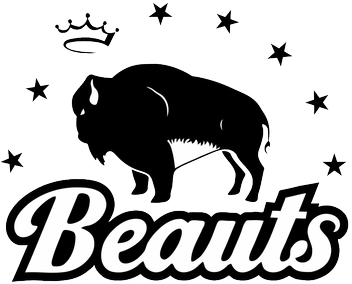 The Buffalo Beauts almost became the first team in NWHL history to win back-to-back Isobel Cup Championships. Although they missed that mark by one goal, the Beauts still had a lot to be proud of following the 2017-18 season -- their best in franchise history.

The Beauts won a record 12 games, doubling their win total from the prior season. They also finished second in the league for the first time, having finished in third place in the first two seasons of the NWHL's existence.

And although the Beauts couldn't quite capture the Isobel Cup, they became the first team in the league's history to make it to the championship over three consecutive seasons.

Need #BeautsHockey in your life again?

Check out these top 5️⃣ plays of the season! Are there any other moments that stick out to you? pic.twitter.com/O7lMrngAew

One of Buffalo's best seasons came thanks to a team stacked with new players. The Beauts found success this season despite only nine returning players from their Isobel Cup championship team, and with a slew of NWHL rookies including Taylor Accursi, Sarah Edney, and Maddie Elia.

As it turned out, these rookies would be a huge factor in the team's offense. Hayley Scamurra, considered a rookie after playing in just a few games the prior season, notched a team-high seven goals and added seven assists. Elia potted nine assists and added five goals. Both averaged a point-per-game, joining veteran Kourtney Kunichika in doing so.

Goaltending was a key factor in the Beauts' success this season. With Brianne McLaughlin newly retired, Amanda Leveille stepped up big time. She was one of the NWHL's best netminders this season, appearing in all 16 games with the Beauts and racking up a 2.53 GAA and .918 save percentage.

Leveille was one of a handful of Beauts players who played in the NWHL All-Star Game in Minnesota as well. She was joined by teammates Jordyn Burns, Lisa Chesson, Sarah Edney, Corinne Buie, and Hayley Scamurra.

"Now to say that I'm a professional athlete is unbelieveable, I'm so thankful."

At the season's end, Leveille also earned the honor of top goaltender, as voted by media. Scamurra was named the league's rookie of the year and one of the fans' three stars, while Jacquie Greco earned the NWHL Foundation Award.

The Beauts didn't start off the season on any remarkable footing. They did win their first game, a 3-2 victory over the Whale, but then dropped a 6-2 decision to the Riveters in Rochester, New York in a penalty-filled match.

Another win -- this one over the Pride -- was followed by three straight losses. At this point, it was mid-December, and the Beauts were beginning to struggle. They needed to turn things around and find a way to win, and that's exactly what they did: first once, and then again and again.

A 3-1 win over the Whale on December 16 was the beginning of a lengthy winning streak for Buffalo, who wouldn't lose again during the regular season. In that span, they beat Boston three times, Connecticut four times, and the Riveters three times -- ending Metropolitan's own winning streak in the process.

During those ten games, the Beauts outscored their opponents 34-17, literally doubling the amount of goals scored by their opposition. They managed this despite being outshot in seven of ten games, and scoring on just seven of 41 power play opportunities.

Another thing that paid off: during this stretch, the Beauts' ownership changed, as they were purchased from the NWHL by Terry and Kim Pegula, who also own the NHL's Buffalo Sabres. This was an historic moment for the Beauts and the NWHL, and certainly helped provide a spark to fuel the team the rest of the way. Among other things, this ownership meant the Beauts got team meals, more practice time and access to better training facilities.

All of a sudden, the Beauts were on a roll, which pushed them up the standings and into second place. In the end, they weren't able to squeeze into first, finishing the season just below the Riveters, and thus faced the Pride in the Isobel Cup semifinal.

Sarah Casorso scored the overtime, game-winning goal in the semifinal to send the Beauts to their third consecutive championship game. In the end, the Beauts couldn't pull out a complete effort in the Isobel Cup Final, and dropped the 1-0 decision to the Riveters.

Despite the less-than-ideal end result, the Beauts had a lot to be proud of this season, particularly with so many new players. The team took some time to find chemistry, but eventually, hit their stride and never looked back.

What happens next season? Could Olympic gold medalist and Buffalo native Emily Pfalzer re-join her hometown Beauts? Could we see Kennedy Marchment, Savannah Harmon, Brittany Howard, or one of the Beauts' other 2017 draft picks coming to Buffalo?

And could the Beauts somehow find themselves in yet another Isobel Cup championship? Anything is possible.

Of course, another factor that will be interesting going forward will be regarding the Pegulas' ownership of the team. The upcoming 2018-2019 NWHL season will be the first full season with the new ownership, and it's unknown yet what that could mean for team staff, coaching changes and the like. Could we even see a game held at KeyBank Center, home of the Sabres, next season?