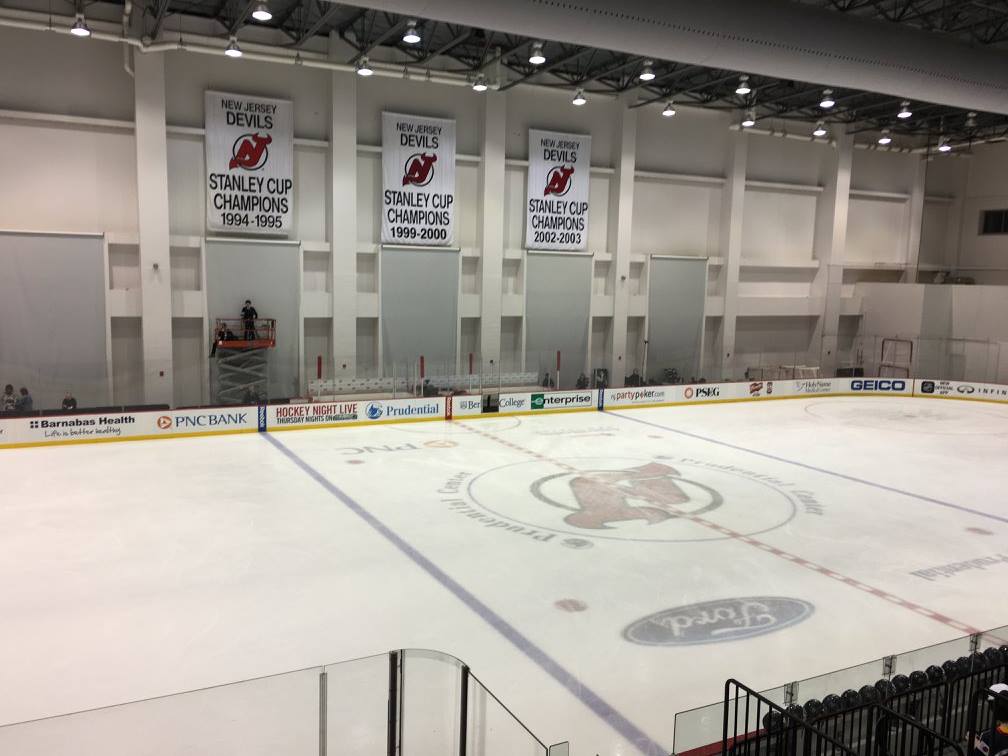 The 2017-2018 NWHL season will end Sunday in one of two ways: either the Buffalo Beauts will capture their second consecutive championship, or the Metropolitan Riveters will get to hoist the Isobel Cup for the first time in franchise history.

The two teams will face off for the championship on March 25 at 3:00 PM Eastern.

Which way will Sunday afternoon's game go? It's honestly hard to say. Both teams have their strengths and weaknesses, and with a single game determining the league champion, both the Beauts and Riveters have a good chance of winning it all.

Success Then vs. Success Now

The Riveters were the hottest team in the beginning of the season, as they went on an incredible 11-game winning streak. They didn't suffer a loss until February 3. That lengthy streak saw them top the Beauts three times, the Pride four times, and the Whale four times.

Their winning streak, of course, came to an end at the hands of the Beauts, who won that February 3 game by a score of 5-3. That win came in the midst of Buffalo's current winning streak, which has now reached 11 games, including last weekend's playoff win over Boston.

The Beauts' last loss came on December 10 to the Riveters; they've won every game since, including three more against Metropolitan, four against Boston and four against the Whale.

Entering this weekend's Isobel Cup matchup, Buffalo is obviously the team to beat right now, and the Riveters will be eager to end their winning streak. It will be no small task, but then again, Metropolitan is coming off that 5-0 win over the Whale last weekend.

Though this Beauts team has only a few remaining players from last season's Isobel Cup championship squad, Buffalo is riding high and will look to become the first team in NWHL history to repeat as champs. Core players like Corinne Buie, Amanda Leveille, and Kourtney Kunichika know what it feels like to win it all, and it's safe to say they want to feel that again.

New additions this season like Maddie Elia and Taylor Accursi have helped provide a spark to the Beauts' offense, while Sarah Edney has also been a notable feature on Buffalo's backend. Leveille has been unreal in net and will be a key factor for the Beauts in Sunday's championship game.

Kunichika, Elia and rookie Hayley Scamurra led the Beauts with 14 points each this season. Captain Buie looks to become the only player in NWHL history to win three Isobel Cup championships after winning it with Buffalo last year and Boston the season prior.

The Riveters have the chance to become the third NWHL team to win the Isobel Cup, and they're in a good position to do it. They led the league during the regular season and lost just three games all year. They also scored the most goals and allowed the fewest, and you just know those players want to cap off such a great season with a championship.

Unlike the Beauts, the Riveters had a lot of returning players this season who really helped them to the top. Alexa Gruschow, in her sophomore season, put up 22 points (9G, 13A) in just 16 games. Courtney Burke, also in her second season in the league, had 19 points, including a league-high 17 assists.

And of course, there's Madison Packer, who put up a team-high 10 goals and added eight assists for 18 points -- despite only appearing in 12 games. Miye D'Oench was also a crucial piece for the Riveters; she appeared in only nine games for the team, but potted 13 points. Newcomer Jenny Ryan also averaged a point-per-game with 16 (3G, 13A).

Both the Beauts and Riveters' biggest strength could perhaps be in net. Amanda Leveille and Katie Fitzgerald were hands-down the best goaltenders in the NWHL this season, and in some ways, Sunday's game is a duel between them to really determine who wins the Isobel Cup.

Sunday's game will be the first time the Beauts and Riveters meet in the championship; they did meet in last season's playoffs, where Buffalo won 4-2 en route to their Isobel Cup win over Boston.

This year, the Beauts and Riveters faced off six times during the regular season. The season series was split right down the middle, with the Riveters taking the first three meetings, and Buffalo taking the last three.

Overall, Metropolitan outscored Buffalo 23-16 in this season's meetings. Two of the Beauts' three wins came by just one goal, so Sunday's game could be a close one as long as Buffalo finds their legs to skate with the Riveters.

Perhaps it's coincidence that the two teams in this year's Isobel Cup final both have support from their local NHL clubs.

The Riveters are supported through a partnership with the New Jersey Devils that has helped them with marketing and also seen an NWHL game hosted at the Prudential Center.

The Beauts are owned by Pegula Sports & Entertainment, which also owns the NHL's Buffalo Sabres and the NFL's Buffalo Bills. Since the purchase of the team was announced, the Beauts haven't lost a game. They've also seen and spoken about increased marketing/cross-promotion with other PS&E teams, Beauts team meals, and more.

Keys to A Championship

The Beauts will need to limit the shots they allow the Riveters. All too often historically, Buffalo has allowed their opponent to rack up a lot of shots on goal. Leveille's been there to stop them, but that's not the point. The Riveters are a dangerous offensive team, having put up 64 goals this season -- but if they can't get shots on net, they can't very well score.

The Beauts also need limit the number of penalties they take, as the Riveters are dangerous on the power play. They scored nine power-play goals on 36 attempts in the season series, including five in the three games they won. Finally, Buffalo has been iffy in the third period throughout the season but will need a strong one in order to secure a win.

The Riveters will need to solve Amanda Leveille, and find a way to do it quickly in Sunday's game. Buffalo was the only other team to have a positive goal differential, and in close games, they play well. If Metro can score, and score often, they'll distance themselves from the Beauts and put themselves in a better position to raise the cup.

The Beauts weren't quite as good on the power play this season, but the Riveters should still try to stay out of the box. The Riveters will also need to take advantage of the fact that the Beauts have not exactly had consistent third periods. Metropolitan has outscored Buffalo 10-7 in the third period during the season series. The Riveters, of course, also have home-ice advantage and will need to feed off the energy of their fans in the crowd.

Sunday's 3:00 PM game at Barnabas Health Hockey House is apparently sold out, but fans will be able to watch live on Twitter. Fans in Buffalo can also gather at 716 Food & Sport at HARBORCENTER for the Beauts' official watch party.