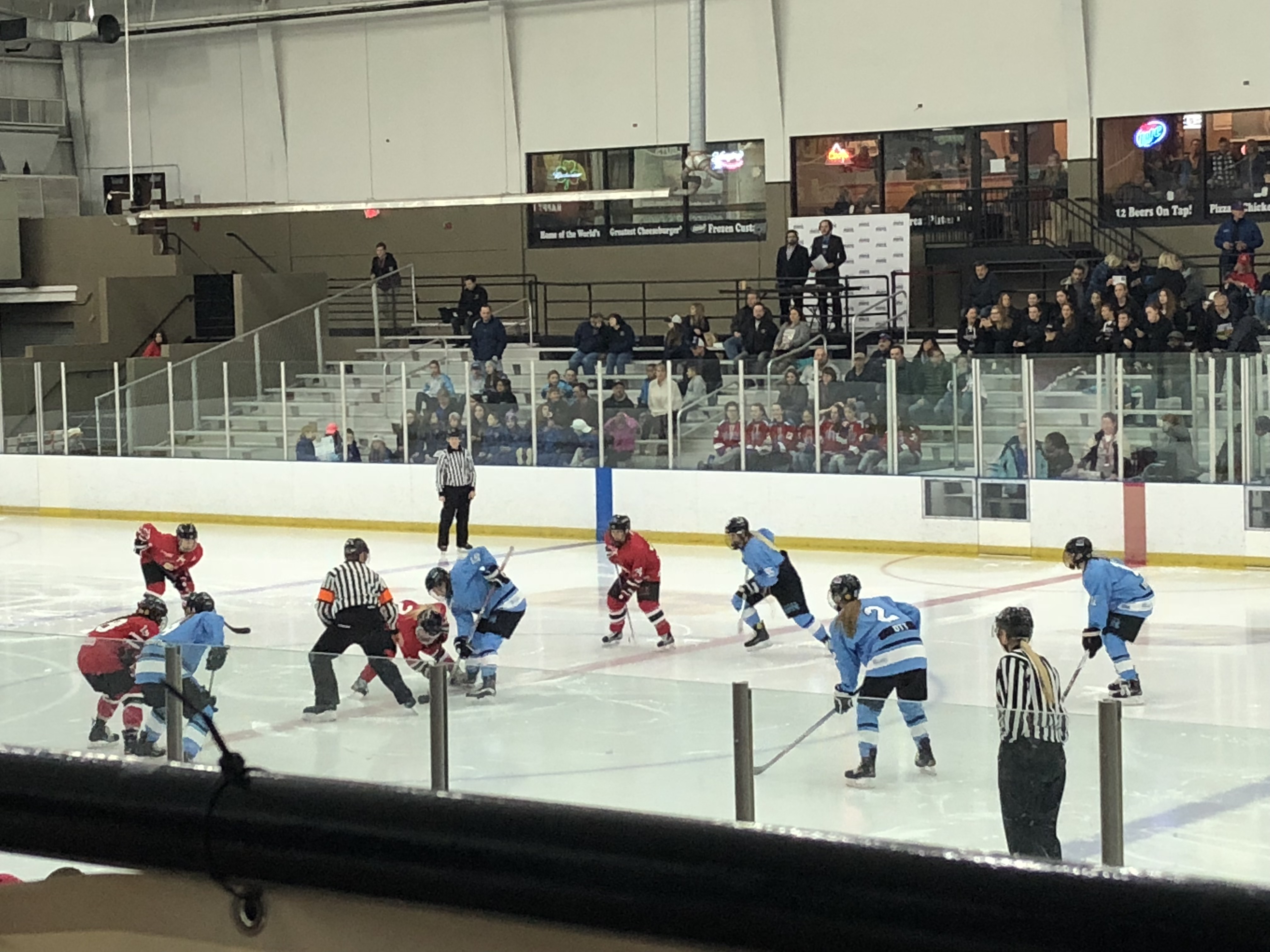 Raise your hand if, before the NWHL season began, you thought the Metropolitan Riveters would be 5-0 to start the season.

While many expected the Riveters to be more of a contender this season, given their acquisitions of players like Harrison Browne and Janine Weber, and the absence of Olympic team players throughout the league, the Riveters have been a pleasant surprise.

With a decisive 4-0 win over the Connecticut Whale on Sunday, the Riveters maintained their perfect record with nearly a third of the season under wraps.

Meanwhile, the Boston Pride finally captured their first win of the season, narrowly edging the Buffalo Beauts 3-2 in front of a home crowd despite the recent loss of Haley Skarupa to national team centralization.

Through five games, the NWHL standings are as follows:

Katie Fitzgerald was perfect on 25 shots against as she backstopped the Riveters to a 4-0 win over Connecticut Sunday.

Eight different players notched a point in Sunday's win. The team was led by Alexa Gruschow, who registered a goal and an assist, and Madison Packer, who returned to the lineup and tallied a pair of assists.

Rookie Kelly Nash said she was a little nervous entering the game, especially given the team's undefeated record. She ended up scoring her first NWHL goal in just her second game of the season and spent some of the game on a line with Packer.

"I was just excited to be out here with the team," she said. "A little surprised, I guess, that I scored the goal... I didn't expect it to go in, but I'll take it."

Bray Ketchum and Miye D'Oench also scored for the Riveters.

Gruscow, Ketchum, and D'Oench each finished the game a plus-2; Ketchum also led all skaters with three blocked shots.

On the Whale side, Amanda Boulier, Anya Battaglino, Kelly Babstock, and Elena Orlando all finished the game a minus-2. Babstock led skaters from both teams with four shots on goal.

Sydney Rossman had 21 saves on 25 shots against in the loss.

The win marked the Riveters' fifth straight victory against the Whale. Three of the four shutouts in the Riveters' franchise history have come against Connecticut.

"I think it helps the whole team to be more confident going into the game," Nash said, of having a strong netminder in Fitzgerald on the Riveters.

Meanwhile, the Riveters' names are all over the NWHL statistics. Gruschow is now leading the NWHL in goals (6) and points (11), while Courtney Burke leads in assists (8). Fitzgerald leads the league in wins (5), save percentage (.943) and GAA (1.40).

The Pride finally found a way to win, closely edging the Beauts in a 3-2 decision thanks to a pair of goals from Alyssa Gagliardi.

Rebecca Vint opened the scoring for Buffalo in the first period, but Boston rallied back for three goals in 2:54 in the second period. Gagliardi started things off, with Jordan Smelker giving the Pride the lead less than two minutes later. Gagliardi then added a second goal, which turned out to be the game-winner, 59 seconds later.

Sarah Edney scored for Buffalo less than three minutes later to make it a one-goal game, but ultimately, the Beauts were unable to complete the comeback, and Boston skated off with their first victory of the season.

Gagliardi led all skaters with three points (2-1) and four shots on goal. Pride captain Jillian Dempsey also registed four shots in the win. For Buffalo, Vint had a goal and three shots, while Kaylyn Schroka also notched three shots and added an assist.

Amanda Leveille stopped 33 of 36 shots faced in the loss, while Brittany Ott had 27 saves en route to Boston's victory.

All four NWHL teams return to action on Sunday, December 10. First up, the Whale host the Pride for a 2:30 PM Eastern puck drop at Terry Conners Ice Rink. The Riveters then host the Beauts at 3:00 PM Eastern at Barnabas Health Hockey House for the Twitter Game of the Week.