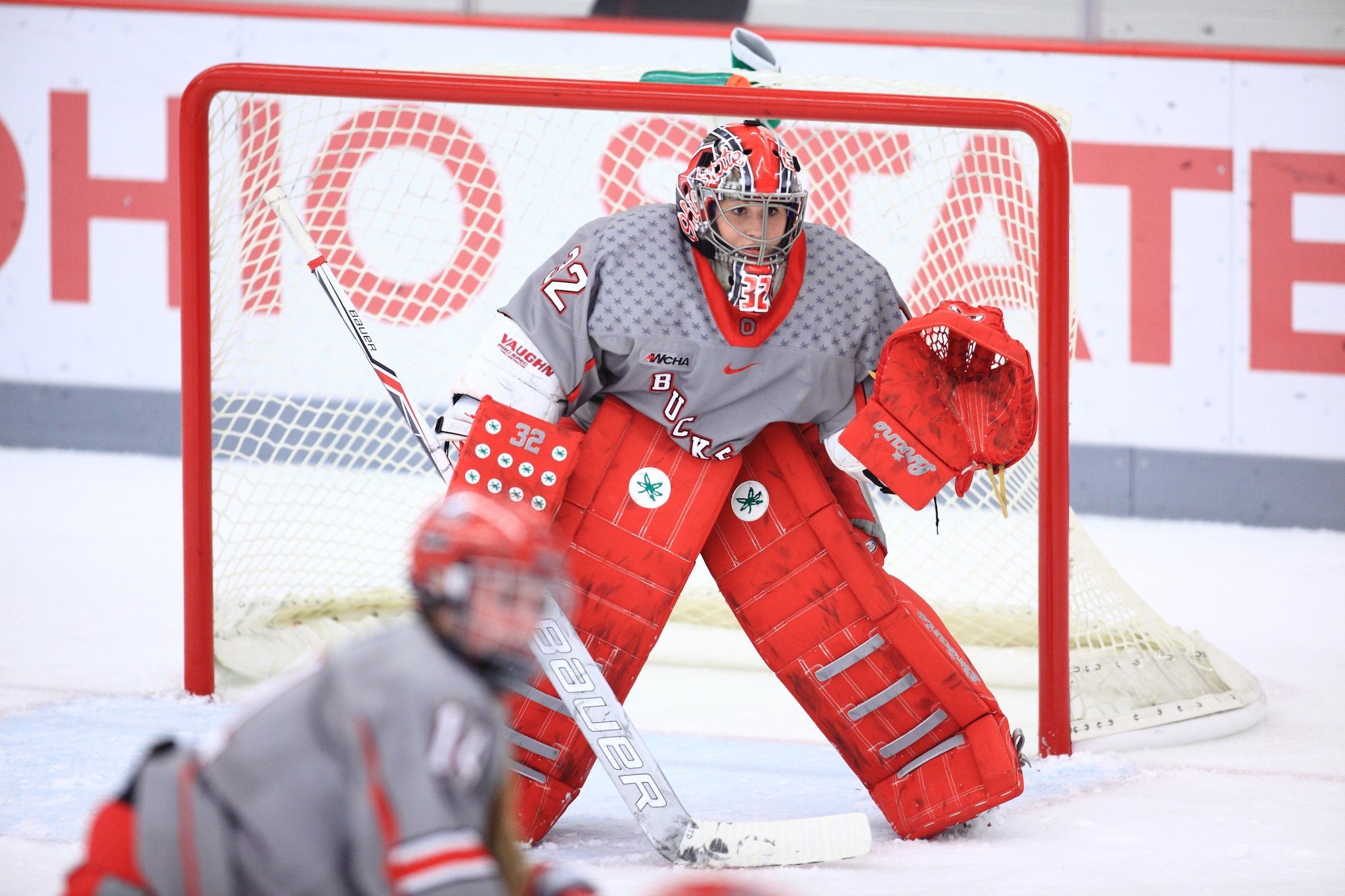 We caught you up with what happened in the off-season and so far this season, so now it's time to start watching games.

Watch: Games available through a paid stream with CSTV at $9.95 a month.

Coming from behind multiple times and ekeing out the shootout win in the second game against Minnesota showed that the win in the opening game in the series wasn't a fluke for Ohio State, but they face another tough test this weekend. With Minnesota having a clear down year, some aren't ready to buy in on the Buckeyes yet.

UMD are coming off two losses to Boston College and looking to bounce back. Their wins in that series last season sort of announced to the country that they were a team to watch out for last season. If OSU can take at least one game this weekend and play the Bulldogs close, I think we'll see the same situation for the Buckeyes.

It'll be a good test for OSU goalie Kassidy Sauve, who gave up seven goals to the Gophers.

Keep an eye on Ohio State's top line -- freshmen Emma Maltais and Tatum Skaggs are centered by North Dakota transfer Charly Dahlquist and they seem to have found magic already.

For UMD, freshman Ashton Bell has two goals and an assist through the first four games.

Colgate has just two games under their belt -- they held St. Cloud State scoreless last weekend. The Huskies stole a game from the Raiders last season, so it was a good rebound for Colgate.

Northeastern is a team that looks great on paper -- tons of returning talent and a deep roster. They tied defending national champions Clarkson to open the season before dropping the second game in the series. They rebounded last weekend with two wins over Boston University.

Huskies goalie Brittany Bugalski has given up ten goals through the first four games and will be looking to tighten down the goal line.

Watch: All of BC's games are available on ESPN3!

Boston College has two defensive players on the US Olympic team, but so far they don't seem to be too affected. They beat UMD 4-1 and 4-3 over the weekend. Freshman Daryl Watts scored a hat trick on Friday to introduce herself to the nation. Sophomore Caitrin Lonergan was an All-USCHO and All-Hockey East Rookie team member and she's picked up right where she left off, with two goals and three assists in two games.

Quinnipiac split their two opening series with Maine and Providence. They have the offensive power to really break out against a team, but haven't been able to put it together yet.

The Bobcats had to replace a top goalie and so far sophomore Abbie Ives has done a great job for them. She's already made 89 saves through four games for a .947 save percentage. If their defense can step it up a bit to give her a chance to get up to speed, they could be hard to score on.

↓Minnesota -- The Gophers are in an unfamiliar spot with just one win through the opening two weekends.

↑Wisconsin's Kristen Campbell -- It was unclear how the Badgers would replace Patty Kazmaier winner Ann-Renee Desbiens, but the transfer from North Dakota is undefeated through 6-0 games and is second in the country in goals against and save percentage. It's still early, but she looks like a great late pick-up for Wisconsin.

↓Mercyhurst -- The Lakers started the season an uncharacteristic 0-3-1, with a tough start against ranked Wisconsin and St. Lawrence.

↑Minnesota's Grace Zumwinkle -- The freshman has been one of the bright spots for Minny. Her three power play goals lead the country.

↓Boston University -- Losses to Merrimack and Northeastern have given them an 0-3 start to the season.

↑Ohio State -- The team to watch right now, the Buckeyes, are averaging 4.00 goals a game thus far, more than double what they managed last season. They got their first win over Minnesota in 10 years and look primed to have a breakout season.