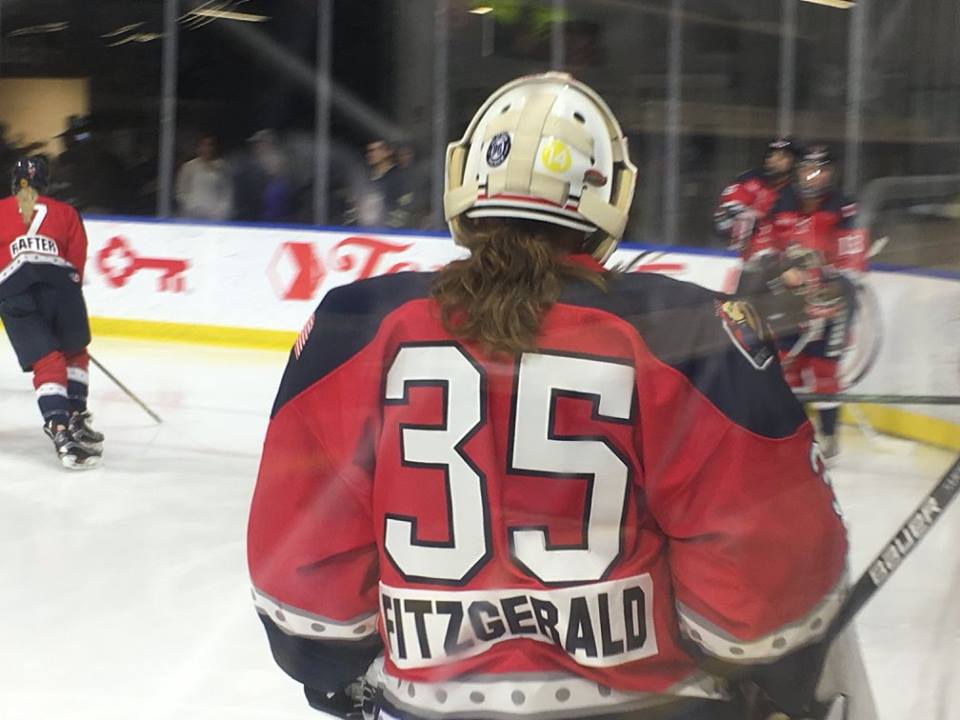 As the National Women's Hockey League wrapped up its regular season this past weekend, several important things happened.

The playoff matchups are now set. With their 4-3 victory on Sunday, the Buffalo Beauts secured third place in the NWHL. This pits them against the second-place New York Riveters in playoff action, leaving the Connecticut Whale to contend with the Boston Pride.

Also notable -- although it had no bearing on the standings or playoff matchups -- was the Riveters 3-2 win, which ended Boston's impressive winning streak. The Pride were 16-0-0 this season and hadn't suffered a loss since January 2016.

Here are some quick capsule recaps of this past weekend's games:

Buffalo beat Connecticut for the third time this season, but the 4-3 win didn't start off on a good footing for the Beauts. The Whale took a quick lead just 20 seconds in, with Kelly Babstock potting her tenth goal of the season.

Buffalo responded later in the first period, tying it up on Hayley Scamurra's first career NWHL goal. Scamurra joined the team this past week, signing with the Beauts on March 10 after completing her collegiate hockey career at Northeastern.

After an evenly-matched opening frame, the Beauts took control in the second period. Shiann Darkangelo and Corinne Buie each scored for Buffalo, making it a 3-1 game.

As in any Buffalo-Connecticut game, it was still a battle. The Whale tied the game less than halfway through the third period, thanks to a pair of goals by Kelli Stack.

But with just 4:37 to play in regulation, Darkangelo potted her second of the night to give Buffalo the lead and the eventual win.

Brianne McLaughlin had 35 saves in the win for Buffalo, while Shenae Lundberg stopped 29 of 33 shots faced for the Whale.

As their Twitter account said, the Riveters did it. In the final game of the regular season, New York beat Boston, ending the Pride's lengthy winning streak that dated back to January 2016 and spoiling their undefeated record this season.

After a scoreless first period, the Riveters came out with a jump in the second, scoring twice in a span of just 20 seconds to take a quick 2-0 lead less than five minutes in. Janine Weber and Milica McMillen each scored to put their team up by a pair.

Decker made it a one-goal game with her 14th goal of the season on the power play later in the middle frame. Meghan Duggan then tied the game just 1:11 into the third period.

Less than three minutes after her tying goal, Duggan headed to the box on a tripping call. The Riveters took advantage of the power-play opportunity, with Madison Packer regaining the lead for New York. Ultimately, they held on for the 3-2 win.

Katie Fitzgerald had 44 saves in the win, while Brittany Ott stopped 17 of 20 shots faced.

With the NWHL regular season wrapped up, the league is set to announce its award winners on Tuesday, March 14.

The Boston Pride will take home the award for Regular Season Champions, while Brianna Decker will be recognized as the league's leading scorer.

Other awards to be handed out: the NWHL Fans' Three Stars of the Season (selected by fan ballot); NWHL Foundation Award (selected by general managers); Most Valuable Player and the Denna Lang Award (both picked by NWHLPA); Best Defender and Best Goaltender (each chosen by a panel of NWHL writers and broadcasters).

The Isobel Cup semifinals will begin later this week, with Boston and Connecticut facing off at Warrior Ice Arena at 7:30 PM Eastern on Thursday, March 16.

The second semifinal, New York vs. Buffalo, will be played at Barnabas Health Hockey House at 7:30 PM Eastern on Friday, March 17. The Isobel Cup Final is set for Sunday, March 19 at 6:00 PM Eastern at the Tsongas Center in Lowell, MA.