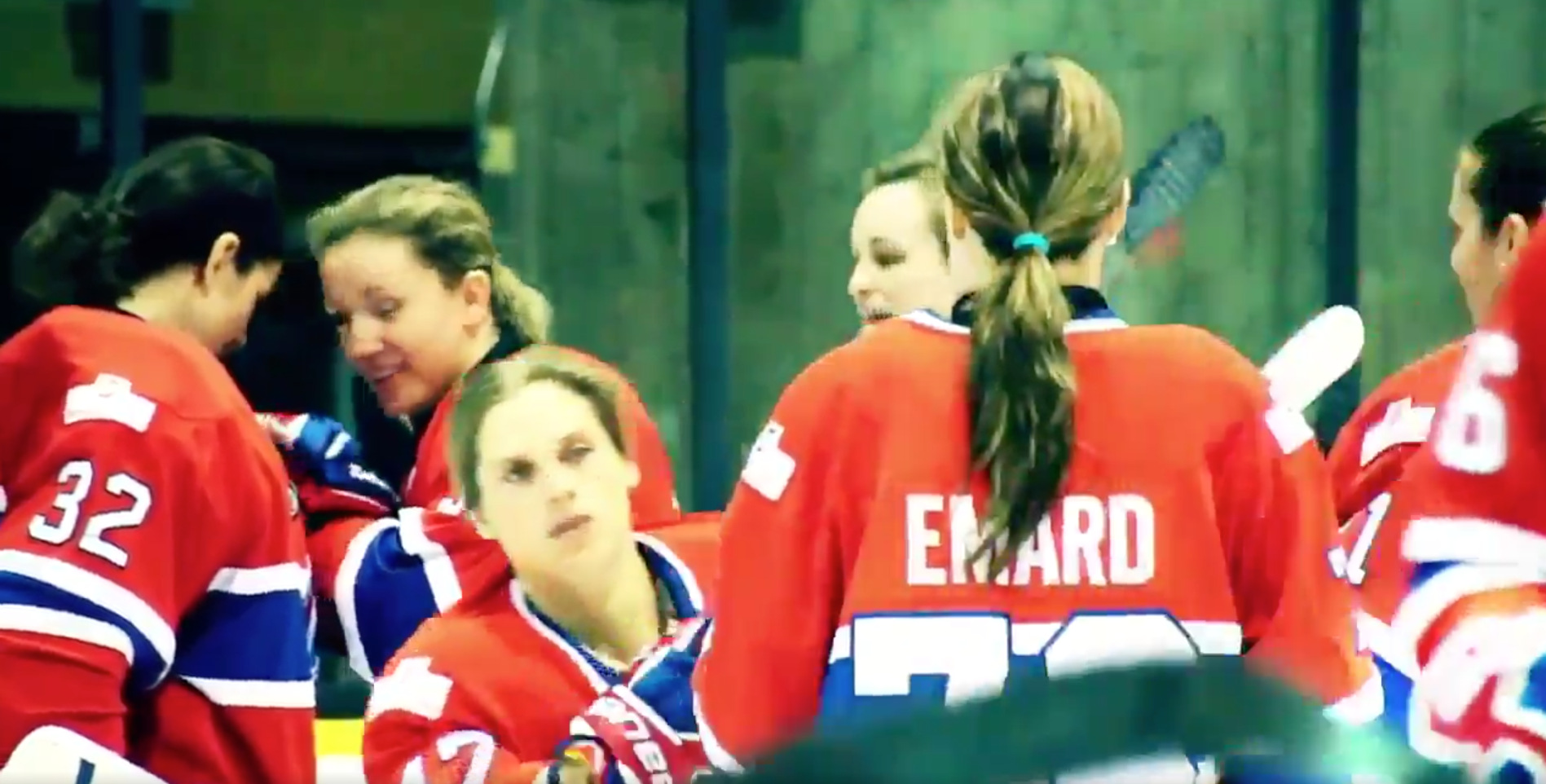 The season concluded on Sunday and the first-round playoff matchups have been set. The Blades have been eliminated -- but Brampton will face Les Canadiennes, and Calgary and Toronto will square off.

The final standings are:

It's a strong field of four for the playoffs and should result in two hard-fought series. The games will start on February 24 and the last game, if needed, will be played on February 26.

The semifinals, if they go until the 26th, may also present a "three games in three days" scenario for the teams.

The Thunder ended the season by sweeping the Blades. The first game was a decisive 6-0 win, which started with two goals in the first period by the Thunder. They tacked on another goal in the second to enter the third with a 3-0 lead, and added three tallies in the last period.

Laura Stacey scored two goals and an assist, while both Shannon MacAulay and Jess Jones recorded a goal and two assists. Erica Howe made 17 saves for the shutout, while Boston's Lauren Dahm stopped 41 pucks.

Sunday's game was much closer, and the Blades came very close to getting a victory. Brampton eventually edged Boston 5-4 in the shootout.

Rebecca Vint gave the Thunder the lead in the first period, but the Blades responded with two goals in the second -- from Kate Leary and Nachi Fujimoto -- to race ahead 2-1. Jess Jones tied it for the Thunder but Leary scored her second of the period to give Boston the 3-2 lead heading into the third.

Liz Knox and Erica Howe split netminding duties for the Thunder. Howe appeared in relief and stopped all 10 shots to earn the win. Jetta Rackleff roamed the net for the Blades and stopped 54 shots.

"We didn't start out great and they capitalized on some opportunities, so just the ability to keep battling," Brampton head coach Tyler Fines said.

In a rematch of last year's Clarkson Cup Final and potentially a preview of this year's final, Les Canadiennes and Calgary closed their regular season in a showdown. It ended the way it was expected to end -- with a split. Calgary won the first game and Les Canadiennes won the second.

On Saturday Calgary shut out Les Canadiennes 3-0 backed by goals from Haley Irwin, Blayre Turnbull, and Jill Saulnier, as well as 25 saves from Emerance Maschmeyer. Charline Labonté made 21 saves.

Calgary continued its momentum by scoring first the next night, but Les Canadiennes scored twice to take a 2-1 lead into the second. Les Canadiennes again outscored Calgary 2-1 in the second frame, which was good for a 4-2 lead at second intermission. Jessica Campbell brought Calgary within one, but Sarah Lefort scored her second of the game to put the contest away.

Geneviève Lacasse made 38 saves and Catherine Herron made 25 stops for Les Canadiennes.

"The first game we played okay, but the second game was much, much better," Les Canadiennes assistant coach Lisa-Marie Breton-Lebreux said. "I think the [players] got together and we had some speed, we were shooting. I think the key here was we were shooting."

↑ Kate Leary: Leary was a big part of Boston's offense in the shootout loss the Brampton. She scored twice in the game and added two assists for four points, a single-game career high. She finished the season as Boston's top scorer with 10 goals and 16 points.

↑ Boston's power play: The Blades were unable to convert three chances on Saturday but responded with three goals on four power play attempts in Saturday's contest.

↑ Sarah Lefort: The rookie ended her first CWHL regular season well by scoring twice and adding an assist in the second game against Calgary. It broke a three-game scoreless streak for Lefort, who has 15 points on the season.

↓ Brampton's consistency: Consistency has been a big issue for the Thunder all season. Brampton had a great Saturday, but struggled with Sunday's start. That isn't something they can afford in the playoffs.

"[We] still got to stay consistently into the system and keep putting pucks on net, and we'll score more goals," Fines said.

↓ One goaltender: The theme in the CWHL this year is goaltending rotations over a #1 netminder. All teams have used at least two different goalies this season, but only Boston and Les Canadiennes really seemed to have a top netminder. While Christina Kessler is clearly the starter for Toronto, she wasn't always this season. And both Brampton and Calgary have used a rotation -- Calgary very notably, as they've used three extremely capable goaltenders throughout the year.

↓ A clear favorite: There's a good chance the final will be Calgary vs. Les Canadiennes...but it's unclear who will win. The teams have been evenly matched. The season series was a split. Last year, Les Canadiennes were the top seed but fell short in the final, although Breton-Lebreux says that was a result of Les Canadiennes facing little adversity through the season -- something that has certainly changed this year.

It's hard to tell who will win, which will make the final even more exciting.