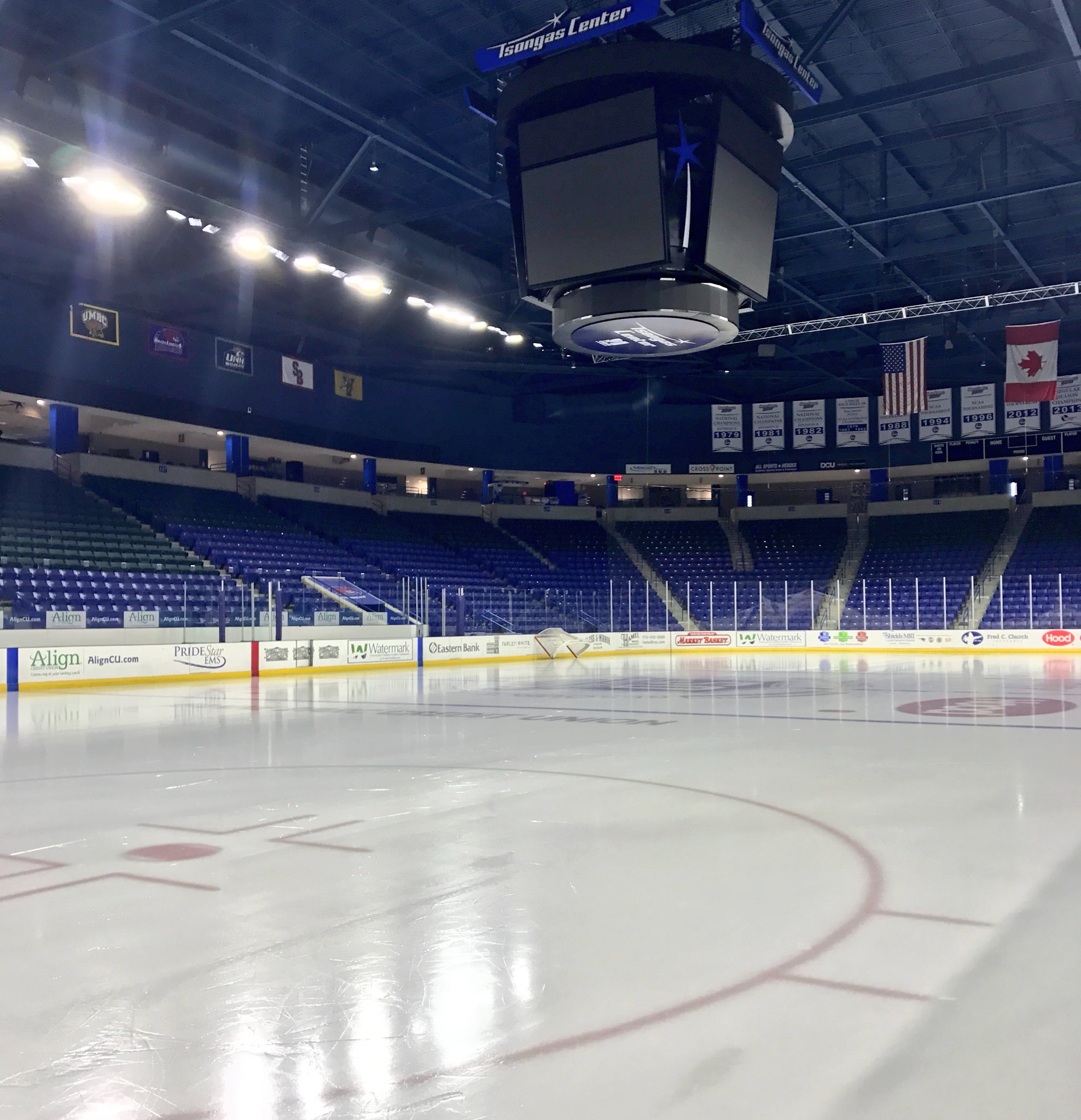 There hasn't been a shakeup in the standings, but a series split between Brampton and Les Canadiennes have pushed the Thunder up. Toronto won both its games, with the offense and defense reignited in the wins over Boston.

The series split began with a powerful performance from Les Canadiennes on Saturday. The team scored four goals in the first, thanks to Marie-Philip Poulin, Cathy Chartrand, Ann-Sophie Bettez, and Sara Lefort. Les Canadiennes' 4-1 lead held for the rest of the game, until Caroline Ouellette added an empty-net goal in the third for the 5-1 win.

"Our first game went pretty well, we had a great start, we were physical, we could win our one-on-one battles," Les Canadiennes assistant coach Lisa-Marie Breton-Lebreux said.

"In the second game, unfortunately, it was the reverse. Our biggest weakness was we didn't win our one-on-one battles, so it all started there. It was pretty physical, it was a small rink, it's always hard to play there...it's very small ice against Brampton, so the reaction time and the physicality of the game was different."

Charline Labonte stopped 36 shots for Les Canadiennes, while Liz Knox and Erica Howe stopped a combined 31 out of 35 shots. Knox allowed all four goals in 20 minutes, while How allowed none in nearly 40 minutes of relief.

"I think our team's biggest strength for the first game was our goaltending," Breton-Lebreux said.

Les Canadiennes followed with another strong start on Sunday, thanks to Sarah Lefort's first-period goal -- but Brampton scored twice in the second, pulling ahead on goals from Rebecca Vint and Shannon MacAulay. Bettez scored with less than three minutes left in the frame to tie it.

However, Brampton owned the third period and used a tally from Laura Fortino to pull ahead. Laura Stacey added the empty-net goal.

"We just executed our game plan," Brampton coach Tyler Fines said. "We were able to shut down the top line and we changed up a bit of our offensive strategy, and it ended up working."

Erica Howe earned the start and stopped 22 pucks. Labonte appeared in net for Les Canadiennes again and made 19 saves.

Toronto won both games on the weekend and limited Boston to just one goal per game. The Furies started Saturday with a goal in each of the first two periods, but Boston's Melissa Bizzari scored in the third to keep it close. Tanis Lamoureaux gave Toronto a buffer with an empty-net goal with four seconds left.

Christina Kessler stopped 21 pucks for the Furies, while Lauren Dahm made 36 out of 38 saves for the Blades.

"The [players] had a closed-door meeting this week and they put everything together this weekend," Toronto coach Somer West said. "All systems were a go, neutral zone, d zone, offensive zone, all the things that we've been working on; they stuck to the plan and we had two good outcomes from it."

Boston scored first the next night, thanks to a goal from Dakota Woodworth, but Jenna Dingeldein and Natalie Spooner also scored in the first to give the Furies a 2-1 lead. Toronto scored twice more in the second and added another goal in the third for the 5-1 win.

"I thought we played well offensively...[It] might not have always shown up on the shot chart, but we generated some really good scoring chances on Saturday," Blades coach Brian McCloskey said. "Sunday, maybe not quite as many, but I thought particularly on Saturday Kessler played really strong in net for them. [It] wasn't maybe the quantity of saves, but it was the quality. She made a couple huge saves at the right time to keep us from getting momentum when we were doing a better job generating."

"For this weekend, what we're going to focus on is really working on establishing some low-zone play and really establishing a lot more offensive zone time as opposed to being one shot and done and trying to run and gun with Montreal, where puck possession is a key for both teams." -- Toronto's Somer West on a big matchup ahead

↑ Christina Kessler: Kessler has struggled this year, but she had a good weekend. She started both games and made 38 saves on 40 shots over the weekend.

"This weekend, I thought it was a lot better," West said. "We had good workout with the goalies this week, and it was my understanding that [Kessler] really stepped up and played two really good games. Sonja [van der Bleik] and Kes are what make this team go. If they go, we go, and Kes was going and playing really well, and that sparked the team this weekend as well."

↑ Erica Howe: Speaking of goaltenders, Brampton's Erica Howe also had a good weekend. She appeared in relief of Liz Knox on Saturday and was perfect. The netminder followed up that performance with 22 saves on 24 shots to help Brampton win on Sunday.

↑ Ann-Sophie Bettez: Bettez is on a 16-game scoring streak. She has 31 points and is tied for second in the league. Her 16 goals rank first, and she tallied two goals and an assist over the weekend.

↓ One-on-one battles: Les Canadiennes had a split and as Breton-Lebreux pointed out, what went well for them one night did not go well the next.

↓ Boston's PK: The Blades only gave up two power play goals, one on Saturday and one on Sunday. In total, they allowed two goals on six chances, but McCloskey said their penalty kill could be improved.

"If I was going to pick one thing that really cost us this weekend that we didn't do as well as we've been doing is, I don't think we killed as well we've been doing," McCloskey said. "And Toronto does a good job executing on the PP."

↓ Brampton's consistency: The Thunder did not have a great opening to their game on Saturday, and Fines said it cost them.

"[We were] inconsistent this weekend," Fines said. "Obviously Saturday we lost the game in the first 10 minutes, but then I think we controlled the play for the rest of the week."