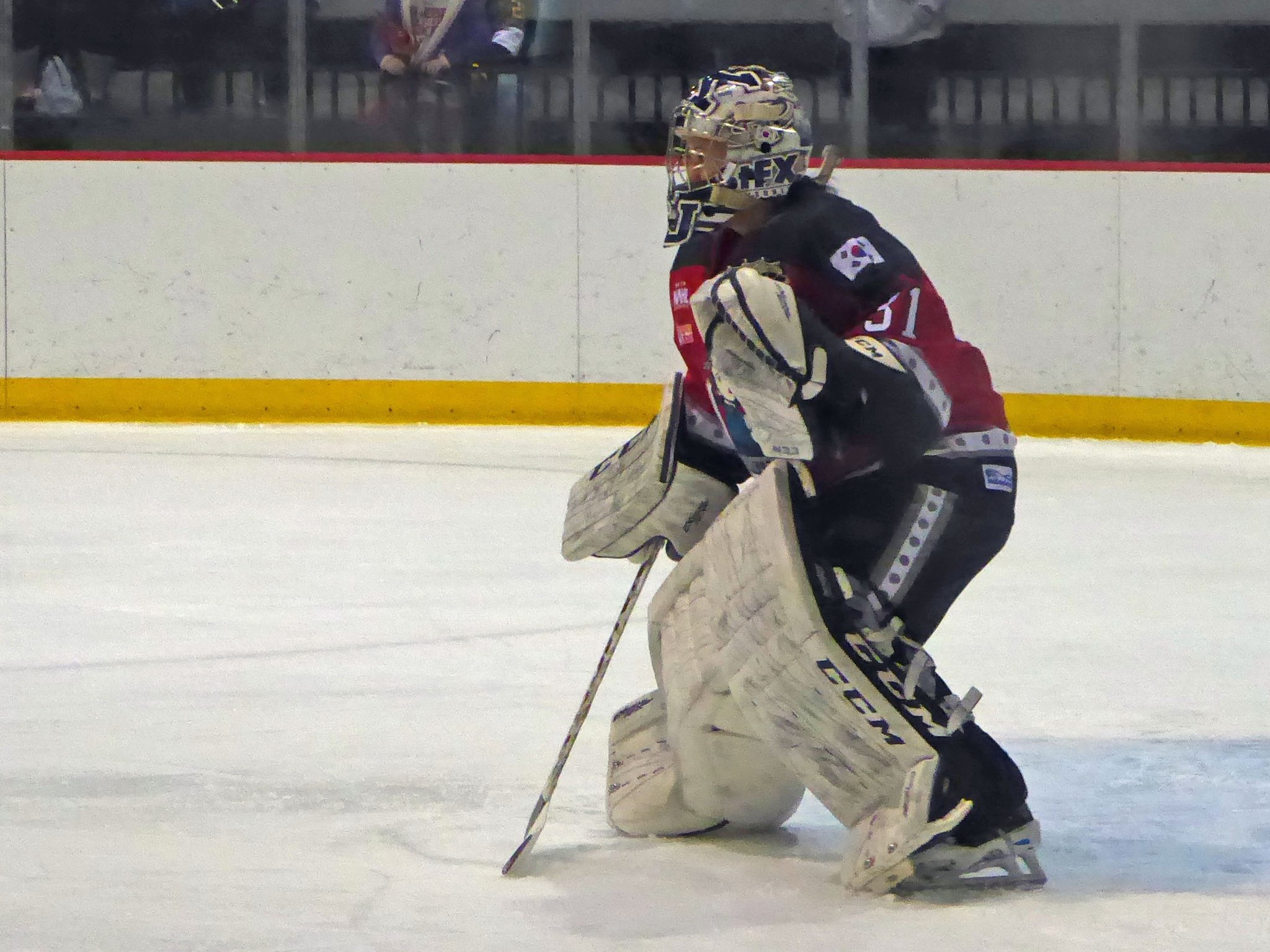 The New York Riveters improved to 3-5-1-1 on Sunday, moving into third place in the NWHL standings. They have played the most games of any club, so their position may change in the coming weeks -- but there was a lot of promise shown in their 2-0 victory over the Connecticut Whale.

The Whale were missing some of their main offensive firepower. Kelly Babstock, their leading scorer, was suspended for an illegal hit to Bray Ketchum, which occurred in the same game where she had recorded a hat trick against New York. The Whale were also without Kelli Stack, Dana Trivigno, and Haley Skarupa, all of whom had joined Team USA for a December home-and-home exhibition series against Team Canada in Plymouth, Michigan and Sarnia, Ontario. Still, even with a fuller lineup, they have been stymied by New York's strong goaltending in the past, losing 4-0 on November 20 as Katie Fitzgerald earned a 28-save shutout.

This time, it was Sojung Shin's turn to steal the show, making 27 saves en route to the win. Shin was repeatedly strong, particularly with her glove hand, to turn away shots from the Whale and not allow too many rebounds.

The difference-maker in the goals column was ultimately a nifty play from defender Courtney Burke in the first period. Burke saw an opening and skated down to the bottom of the circle, ripping an off-angle shot past Nicole Stock which eluded her, top shelf.

That 1-0 score would remain through almost the entire game. In the third period, the Riveters' Milica McMillen would be penalized with a five-minute major for body checking after a hit on Nicole Connery, who left the game, and later was revealed to have suffered a concussion on the play. Despite the extended power play, the Whale could not convert and only mustered four shots.

With the net empty, Madison Packer was able to push the puck in to bring the final score to 2-0, despite the fact that she was tripped en route by Nicole Kosta. Kosta would still be penalized and the Whale would finish the game shorthanded.

Burke's goal was truly nifty and an awesome individual effort, but the Riveters struggled to generate shots on goal, only mustering 18 through 60 minutes of play. Considering the drastically shortened Whale bench, they could have taken better advantage of having a fuller roster. The Whale were forced to dress their general manager, Lisa Giovanelli, who became the second GM to appear on the ice in the NWHL, after Boston Pride GM Hayley Moore suited up for her team in a game last season.

Forwards Janine Weber and Miye D'Oench quietly picked up two assists each, setting up both Burke's tally and Packer's empty netter. They are second and third on the team in scoring respectively, behind Rebecca Russo.

NWHL teams return to action on January 7, 2017, with the Riveters hosting the Pride at 6:30 PM Eastern and the Whale hosting the Beauts at 7:00 PM Eastern.