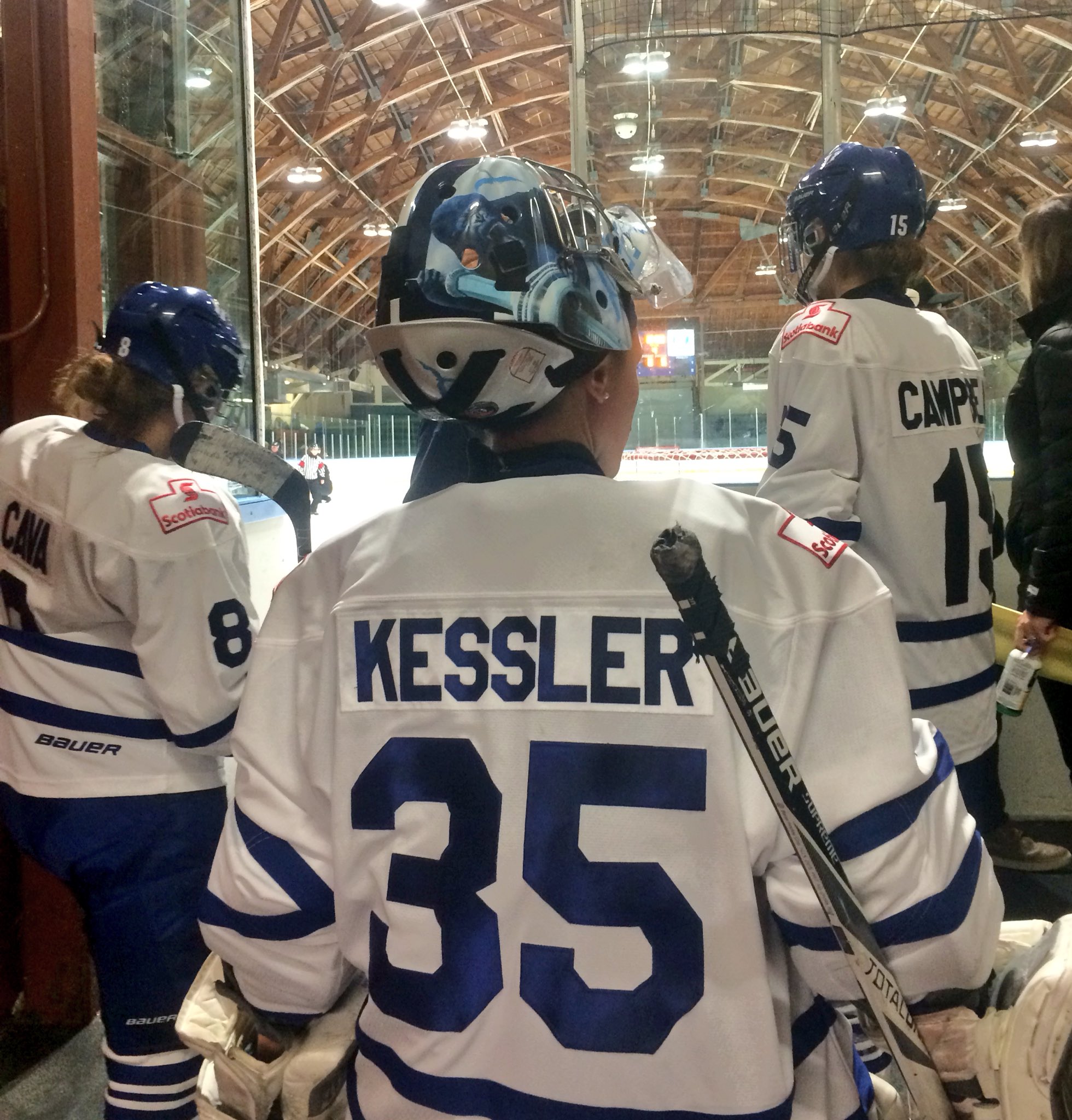 Four teams played for the CWHL this weekend, with several featuring slimmed down rosters due to the Four Nations Tournament.

Calgary visited Boston for a two-game set, which ended in an Inferno sweep. Brampton and Toronto played a series that ended a split.

The Thunder and Furies split their series. Brampton won the first game 2-0, but Toronto responded with a 5-0 win on Saturday.

"A 2-0 score when you don't play that well shows that the team basically fought for 60 minutes even though maybe we didn't play our best 60 minutes," Furies head coach Sommer West said. "And I thought the rebound game on Sunday we played really well, we stuck to our game plan and we got back to our [style] hockey, which was nice."

On Sunday the Furies responded with a statement game. Julie Allen, Michela Cava, Carolyne Prevost, Carlee Campbell (Eusepi) and Emily Fulton all scored in the win, while Christina Kessler had 25 saves for the shutout. Knox again received the start for Brampton and made 31 saves.

"When you [let] a team in this league have a foot in the door, you know they're gonna take a mile and that's exactly what Brampton did," West said. "They took advantage of our mistakes. I think Sunday we played a pretty darn good game and the only weakness was maybe a lapse here or a lapse there but you know it's part of the game that you have to survive and I think Sunday we played a pretty thorough game."

Calgary swept Boston over the weekend, winning 8-0 on Saturday and 6-3 on Sunday. The Inferno are now tied with Les Canadiennes, who were idle, for first place in the league.

The first period of Saturday's game was scoreless. Calgary's Brittany Esposito started the scoring early in the second period, which featured four Inferno goals. Calgary added four more in the third. Esposito and Jill Saulnier both had two goals, while Jenna Cunningham had three points. Delyane Brian made 21 stops for the Inferno, while Lauren Dahm made 37 saves and allowed six goals. In relief, Shelley Payne made seven saves on nine shots.

"We probably had games last year where we got outplayed more than we did on [Saturday] night and we wound up losing by a goal or two and it wasn't the goalie's fault," Blades head coach Brian McCloskey said. "Calgary just executed really well. We kind of had a bad stretch in the second period for about 10 minutes and kind of broke our spirit. But I was really impressed with how just some areas of improvement that I've seen in our team year to year. [There are] lots of good things to build on. Calgary's just a very good team and they certainly offensively have a lot of firepower a lot of good, talented, smart players."

On Sunday the Inferno scored three goals through the first three periods, but the Blades fought back in the third. A pair of former Terriers, Kayla Tutino and Dakota Woodworth, scored their first CWHL goals to bring the Blades within one. Just 50 seconds after Woodworth's goal Saulnier extended Calgary's lead to two, but Casey Picket scored for the Blades less than a minute later. The Inferno finally pulled away thanks to goals from Saulnier and Esposito.

"I thought we moved the puck better than I've seen our team move the puck this year or last year," McCloskey said. "We did a good job in a lot of areas when we had the puck and I was impressed with the way we broke out, the decision making that the team showed."

↑ Dru Burns: The Blades faced a defensive challenge over the weekend as they had to account for Tara Watchorn's absence. McCloskey said Dru Burns and Kristina Brown, who was temporarily moved to defense, played well on the blue line.

"I thought that Dru Burns was a stand out for us on the blue line especially in light of the fact [we didn't have] Tara, she had logged a lot of minutes and she was really stellar," McCloskey said.

↑ Toronto Goaltending: The Furies are taking the net on a game-by-game basis and are currently carrying a rotation between Christina Kessler and Sonja van der Bliek.

"Not out of the ordinary, I think both our goalies were tremendous," West said. "Sonja kept us in on Saturday playing [an] unbelievable game and [Kessler] did the same on Sunday battling through screens and stuff like this in a smaller rink, coming up with good second saves."

↑ Jill Saulnier: Saulnier had a breakout weekend, recording four goals and five points total. She had two goals in Saturday's win and added two goals and an assist on Sunday. The forward is now tied for the league lead in scoring with seven points.

↓ Adapting to Four Nations absences: Several teams were without top players due to the Four Nations Tournament. For Boston it was Tara Watchorn, the team's leader on defense. The Furies also were without a few players, and head coach Sommer West said that impacted the team's performance.

"I think we're getting better. The weekend against Boston we grew each period," West said. "I think we had a little bit of a lapse on Saturday, but sometimes that comes with the fact that we lost four players who were out at the worlds. [That] can sometimes not necessarily set back a team but can just make for a longer game because you don't have those leaders and other people have to learn to step up. I think we didn't play that well on Saturday but the realization was there on Sunday and we really grew and we competed and we won battles."

↓ Boston's play without the puck: The Blades have still struggled defensively and allowed a lot of shots. Since the Blades don't have to puck much, a key is how they play without it -- something the team still has to improve on.

"Last year we had a lot of practice at it and so we improved pretty dramatically over the course of the season. ... [We're] still trying to figure out who fits where and just I thought again defensively we played well in stretches over the weekend, but it's still an area where we've got to get better."

↓ Brampton's offense: The Thunder only scored two goals last weekend. They are missing some players because of Four Nations, but still have quite a bit of scoring power left on their roster.