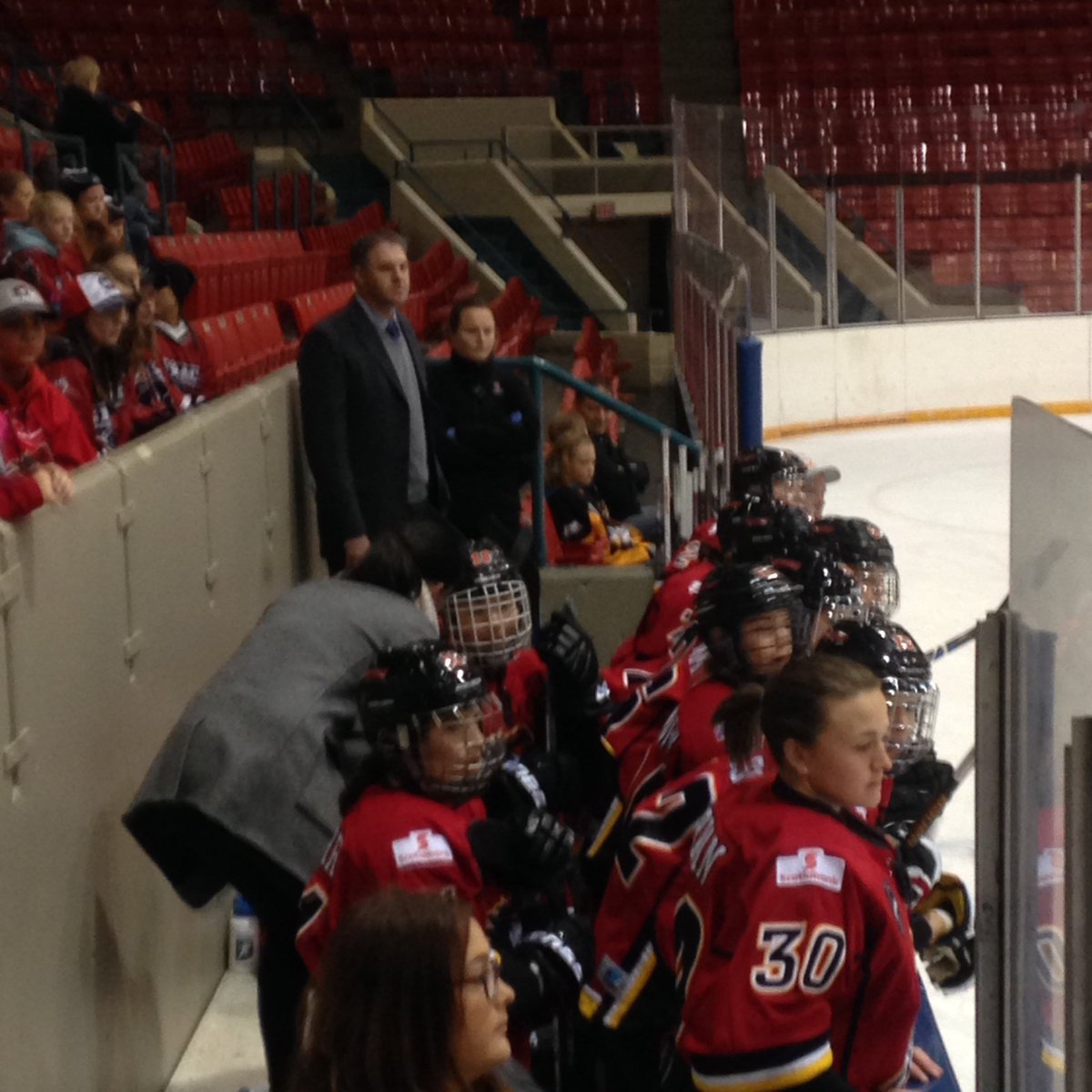 The CWHL began this weekend with an opening series featuring the Brampton Thunder and defending champions, the Calgary Inferno. Calgary ended up with a sweep, but it was a close series.

The weekend featured new faces for both teams, as well as the debuts for Inferno goaltenders Genevieve Lacasse and Emerance Maschmeyer.

All the teams have completed training camp and released their rosters.

Calgary won both games by 3-2 scores. The first game was closer, with the Inferno winning in the shootout. On Saturday, Maschmeyer earned the start, making 29 saves on 31 shots. Erica Howe started opposite, finishing with 33 stops on 35 shots for Brampton.

Rebecca Johnston opened up the scoring in the first, giving Calgary a 1-0 lead. Brampton responded with two goals on tallies from Sara Edney and Shannon MacAulay. In the third, Jill Saulnier tied the game with less than five minutes left, forcing the game into overtime. Brianne Jenner scored the game-winning shootout goal.

The Inferno followed on Sunday by taking a 2-0 lead through two periods on goals from Jill Saulnier and Brianne Jenner. In the third, Laura Stacey cut the lead to 3-1. Calgary increased the lead with a goal from Haley Irwin. But Brampton wasn't done yet, adding a goal from Jenna McParland. Howe made 28 saves on 31 shots. Lacasse made 17 saves on 19 shots in her first game in an Inferno jersey.

"I think we controlled the puck," Brampton head coach Tyler Fines said. "It was tough to say this weekend it was our first weekend together, we did a lot of good. Our goaltending was great, forwards and defense played [well], we just didn't end up with the win.”

Three Up, None Down (Yet)

↑ Brampton: The Thunder may not have won, but the team's ability to play a very deep and talented Calgary team to a pair of close games is impressive. Brampton had a good season last year, and the weekend proves the team is going in the right direction.

"We’re super talented," Fines said. "We’re deep at all of our lines, we’re deep on defense, goaltending is just as good as last year so we’re just a lot deeper when it comes to our talent pool."

↑ CWHL's New Website: To start the season, the CWHL rolled out its new website (notice the new URL is thecwhl.com, instead of cwhl.ca). The league is also working on a database of historical stats, which will make it easier to track women's hockey players.

↑ Calgary's goaltending: The Inferno entered the season with an incredibly strong team and it just got better. They picked up Genevieve Lacasse in a trade fulfillment from Boston, and then the team drafted Emerance Maschmeyer. The Inferno now have two of the best goaltenders in the league.