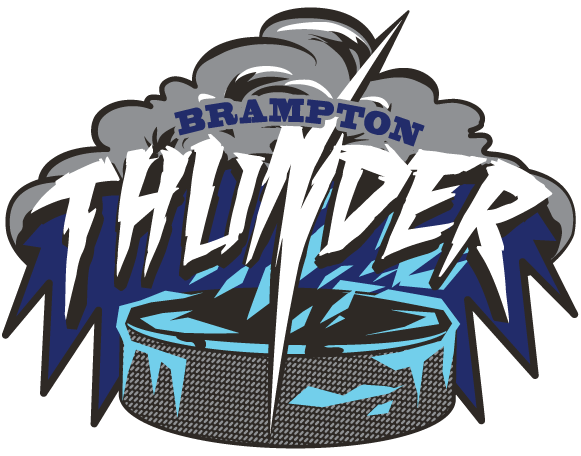 Brampton didn't win the Clarkson Cup, instead getting swept by Calgary in the semifinals. But it was a good year for the Thunder, who turned around a last-place finish in the 2014-15 season to a third seed this year -- and very nearly a second seed, as it was a close battle in the standings between the Thunder and the Inferno.

The Thunder had a couple big wins this season, including a 4-0 win over Les Canadiennes in December and a sweep of Calgary in January. The win against Les Canadiennes proved that Brampton could shut down one of the league's best offenses.

According to head coach Tyler Fines, Brampton's biggest strength was its offense. While the Thunder didn't start the season with the firepower or depth of the Inferno or Les Canadiennes, they still kept up with both teams in scoring.

Brampton topped the five-goal mark in four games this season.

“They learned how to score goals in the offensive zone," Brampton head coach Tyler Fines said. "I think that was a major part of our success was being able to put up points, to score goals when we needed to even when we had to come from behind.

"That was probably the biggest strength, on the offensive side."

The Thunder played in a few games that could be classified as high-scoring shootouts, like an 8-7 shootout win over Calgary during that sweep. The issue with Brampton at times was purely defense.

The Thunder sometimes allowed teams to climb back into the game -- like Calgary did in the last weekend of the season.

"Defensively, I think we’ve still got work to do," Fines said. "But that’s the beauty of pro sports -- you get the opportunity to come back next year and improve on it.”

Players who stepped up

Jamie Lee Rattray led Brampton with 29 points, and Laura Fortino was right behind her with 28. For Fines, a big key to the team's success were Jocelyne Larocque, Rebecca Vint, Fielding Montgomery, and Erica Howe.

Vint was third on the team in scoring with 26 and was nominated for the CWHL's Rookie of the Year.

“Jocelyn Larocque played a lot of big minutes, she was fantastic," Fines said. "Rebecca Vint obviously kept coming into her own. Erica Howe stood on her head for us."

Fielding Montgomery was another player who impressed Fines.

Brampton used two goaltenders this season, Liz Knox and Erica Howe. Knox was the team's starter, but got hurt towards the end of the season, which gave the starting job to Erica Howe.

“We’d been talking about it for a while, but when Knoxy went down with the injury, that pretty much solidified her No. 1 spot," Fines said.

Howe is also a finalist for goaltender of the year, as she finished with a .915 save percentage and started both games in the semifinals. Knox held a .924 save percentage this year.

"[Howe is] a leader in the room and she’s very well liked among teammates... She’s a winner. She’s a true winner," Fines said.

The Thunder are primed for another good season, and if Brampton becomes a little better defensively, the Thunder could find themselves in the Clarkson Cup final.