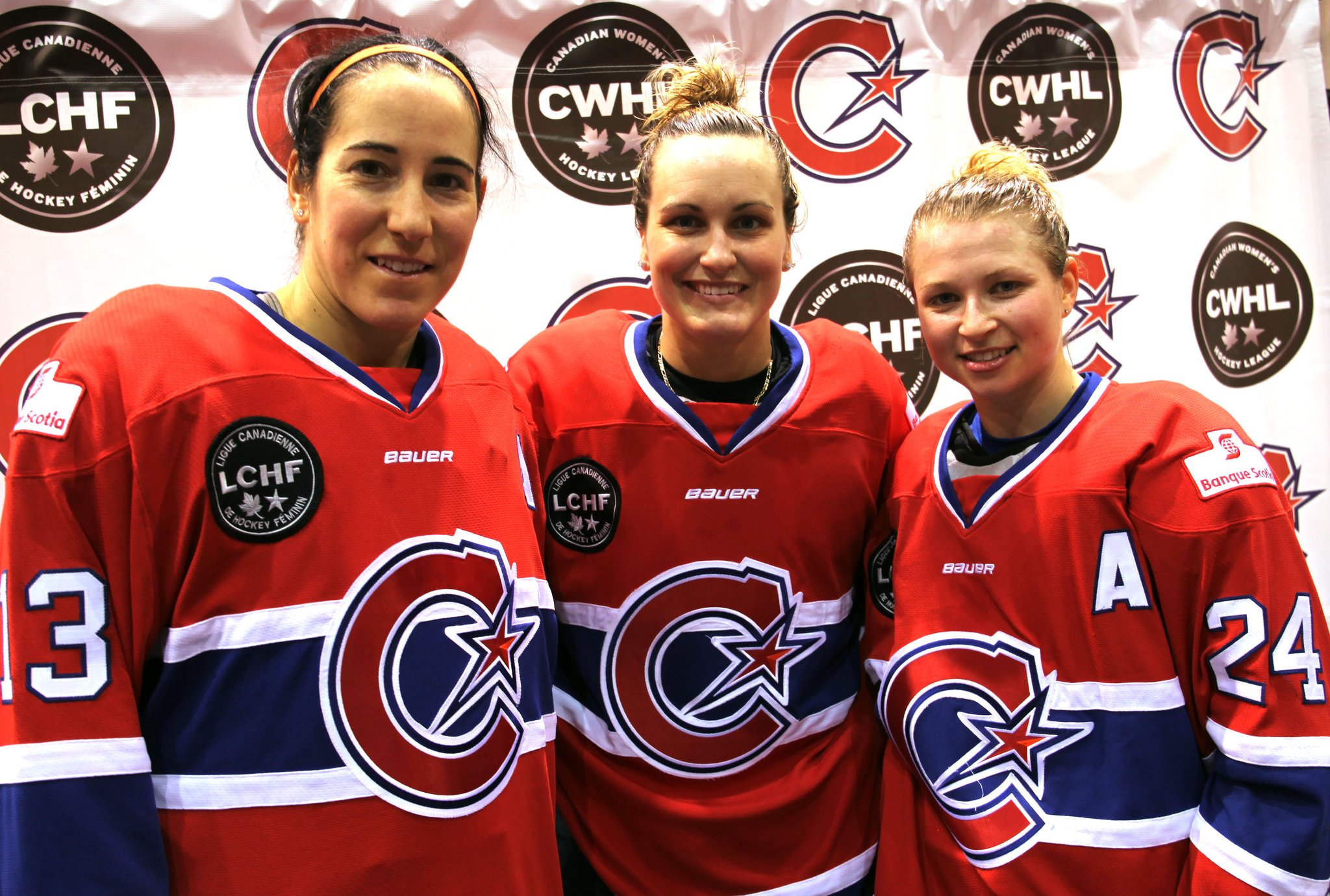 With the CWHL regular season wrapping up, fans were treated to a preview of Calgary against Brampton, while Les Canadiennes and Boston also faced off for the last time. Les Canadiennes dominated over the weekend, scoring 24 goals.

Calgary and Brampton split, but it was enough for the Inferno to earn home ice advantage. As a result, the Inferno will host the Thunder, while Les Canadiennes will host Toronto this weekend.

In a preview of one of the CWHL semifinal matchups, this game ended in a series split. Brampton won on Saturday, but Calgary earned Sunday's victory and home ice.

Brampton accrued a 2-0 lead within the first 10 minutes of the opening frame, thanks to goals from Rebecca Vint and Jamie Lee Rattray.

Calgary's Blayre Turnbull cut Brampton's lead to 2-1 just a few minutes later, while Jess Jones brought the Thunder lead to 3-1 with five minutes left in the period. Turnbull struck again in the second period to cut the score to 3-2, but the Inferno were unable to tie it.

"We scored a lot of goals and I think we moved the puck really well," Brampton coach Tyler Fines said. "We made a lot of nice plays. It was good on the offensive side."

With Liz Knox out, Erica Howe dressed as Brampton's starter and made 33 saves. Delayne Brian made 23 saves.

Brampton started Sunday's game booming with three goals in the first 15 minutes. But that wasn't enough for the win, as Rebecca Johnston scored twice for Calgary in the frame's last five minutes. Sarah Davis tied the game in the second period.

The Inferno took the lead 1:52 minutes into the third period on a Brigitte Lacquette goal. Larua McIntosh tied the game two minutes later, but Meaghan Mikkeslon-Reid cemented the Calgary comeback with a goal at the 8:03 mark.

"We let in too many goals in the Sunday game," Fines said. "We let them get back in it, we blew the lead. ... [We] just got to stay mentally focused the entire time."

Brian started the game for Calgary, but was pulled after allowing three goals on 12 shots. Kathy Desjardins stopped 25 of 26 shots in relief. In her second-straight game, Howe made 25 saves.

"Erica always gives us a chance to win, I think she played very well on Saturday...Erica is a huge part of our hockey club, but you [have] to play both days. I think she'd be the first to tell you that we just have to make sure that she shows up on both days, not just Saturday," Fines said.

Les Canadiennes dominated Boston over the weekend. They won the first game 14-0 and the second 10-1.

Ann-Sophie Bettez finished with a team-high six points. Marie-Philip Poulin had five, and both Caroline Oullette and Noemie Marin had four. Bettez also had a hat trick.

"I think the [players] are really in playoff mode and that’s what we’re asking of them," Les Canadiennes assistant coach Lisa-Marie Breton-Lebreux said. "So that’s it. We’re preparing for the playoffs, so we asked the players to do what they have to do."

Breton-Lebreux said there are still areas that Les Canadiennes need to improve.

Bettez and Poulin each had four points, while Karell Emard had three. Kim Deschênes had a hat trick.

"I think for this group, these [players] have managed to keep it together and compete in spite of being behind in every period of the games they've played," Blades head coach Brian McCloskey said. "But this weekend was one of the first times where I think it just caught up to the group.

"We were outmatched and across the board Saturday -- we just didn't play well."

Lacasse made 35 saves while Labonte made 17.

↑ Genevieve Lacasse: Lacasse became the first goaltender to make over 1,000 saves in the CWHL. She finished with 1,023 over 1058:41 minutes of playing time. Lacasse made 89 saves against Les Canadiennes last weekend.

↑ Calgary: The Inferno are heating up (pun absolutely intended) with the playoffs approaching. Calgary has a lot of threats, and you can add another one with Rebecca Johnston's return. The Inferno didn't sweep, but they just needed a single win to lock up home ice -- and that's what they got.

↓ Boston Blades: The Blades gave up 24 goals on the weekend and didn't end the season on a very high note. But Boston showed improvement this season, and is looking to have a good offseason and a better season next year.

↓ Brampton keeping leads: The Thunder almost gave up the lead on Saturday, and actually did so on Sunday. This could be potentially worrisome for them heading into the playoffs.

↓ Delayne Brian: Brian has taken the majority of the minutes for the Inferno, but she struggled a bit and was pulled in Sunday's game after allowing three goals on 12 shots in the first period.