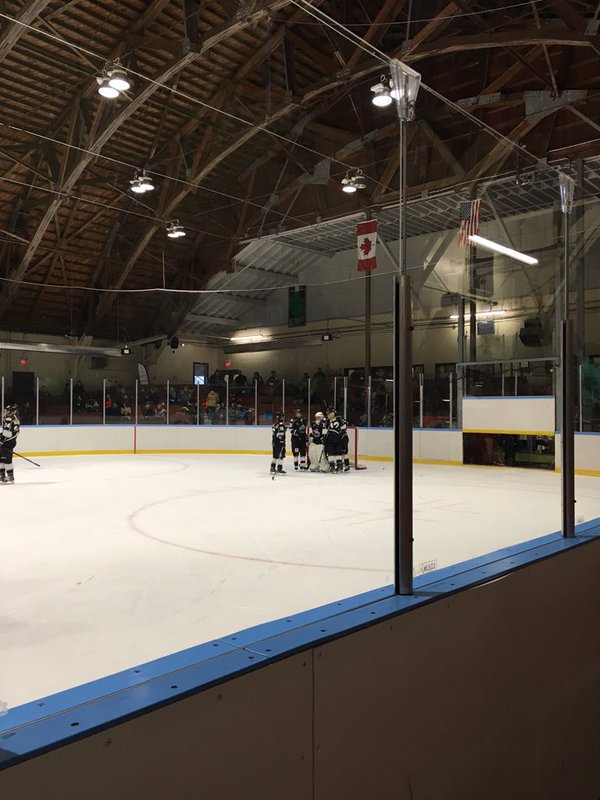 There was a lighter schedule this weekend, with just three games for the CWHL after the All-Star Game break. Les Canadiennes swept the Calgary Inferno, while Brampton defeated Toronto in their lone game of the weekend.

Brampton continued its hot streak with a 6-0 win over Toronto. The Thunder began a lightning round of scoring with a Jess Jones goal 2:20 into the first. Brampton scored four more in the period -- all within 12:29 minutes -- to take a 5-0 lead into the second.

“[We] got to them early," Brampton coach Tyler Fines said. "Luckily, we took shots early and [it] obviously wasn’t [Christina] Kessler’s best game. [We] got her out of the net early and that helped us move forward.”

Candice Styles, Rebecca Vint, Laura Fortino, and Sarah Edney all scored in the frame, while Jamie Lee Rattray added a goal in the third.

Liz Knox started in net for Brampton and stopped all 23 shots for the shutout. Christina Kessler made the start, but lasted just 9:52 minutes after allowing four goals. In relief, Sonja van der Bliek stopped 27 of 29 shots.

“Besides the sixth goal...I thought [van der Bleik] played really well," West said. "She controlled her rebounds, she battled through, because again, in front of her, we were not strong. She battled for the minutes that she was in there and I was happy with most of what I saw.”

This was a marquee matchup that featured two of the league's top teams. The first series between both clubs resulted in a series split, but this weekend was all Les Canadiennes.

"They have some very strong forwards that were at the national training camp last week, so we said that we have to make sure that we cover these players well," Les Canadiennes' assistant coach Lisa-Marie Breton-Lebreux said. "We changed a few things in the neutral zone forecheck."

On Saturday, the teams opened to a scoreless first. Caroline Ouellette struck in the second, giving Les Canadiennes a 1-0 lead.

Louise Warren cut the deficit to 4-2 late in the third, but Poulin's empty-net goal sealed the win. Charline Labonte stopped 26 pucks in the win, while Delayne Brian had 27 saves in the loss.

"We had to follow [Calgary] in the D zone to stay focused in our D zone," Breton-Lebreux said. "We were sometimes running around a little bit, so we adjusted to that."

Both Brian and Labonte started in net again. Labonte made 21 saves, while Brian finished with 28.

"We need more execution, especially on the power play, as well as just stick-to-stick passes," Breton-Lebreux said. "I think it was better overall. We’re improving every week from what we can see, so it’s good.”

"The players are really buying [into] the system," Breton-Lebreux said. "We keep repeating the same thing over and over and they really apply it. I think the team spirit is really strong right now, [and] the [players] are having fun."

↑ Brampton's defense: Offense was important in Brampton's win, but the Thunder did an impressive job of shutting out the Furies and limiting Natalie Spooner.

"We didn’t make many mistakes, we controlled the puck most of the game, we made sure that we kept Spooner off the board," Fines said.

"We kept it to the outside, and even [Knox] said that she didn’t see too many shots from the middle."

Even after accruing a major lead in the first period, the Thunder were tight defensively.

“We didn’t give them many opportunities and we took our chances and made our passes," Fines said.

↑ Marie-Philip Poulin: Poulin scored two goals in each game this weekend (and briefly left due to an injury, but returned to the game). She's now on a four-game scoring streak with four goals and two assists over that period. She leads the CWHL in both points (30) and goals (17)

↓ Toronto: It's been an up-and-down season for the Furies, who are in the fourth spot in the CWHL. The Furies really didn't play well against Brampton, and are now on a seven-game losing streak.

“After Saturday, I would say we almost need to go back to the drawing board for everything," West said. "But I would say at the end of the day sometimes you [have] to hope that they’ll respond after a really bad, embarrassing loss like that."

West said there's plenty of time left in the season and she isn't worried about the team, but they need to play better in the last few games.

"They got to figure out how to put it together to go into playoffs and not get blown out and be embarrassed," West said. "We [have] a few weeks. I’m not worried. I think we can respond to this and we’ll have a tough week of practice and go out against Boston and put a little more heart and desire into our game.”

↓ Christina Kessler: Kessler didn't have one of her best performances this weekend. After she allowed four goals on 10 shots in less than 10 minutes, Kessler was pulled in favor of Sonja van der Bliek.

“She didn’t look like her normal self after the first couple goals, but that also goes to the fact that nobody was there to help her in front of her," West said. "It was going to be a long day for whoever was is in the net. So at the same time I wanted to give Sonja an opportunity to get some shots and stay in the game as well.

"I just thought it was the right move for the team to maybe spark something, but that didn’t work either.”

↓ Calgary: The Inferno began the season as the toughest, and deepest team, on paper. They were expected to hold one of the top spots in the league. And while they've done that, the Inferno are finding it harder to win now.