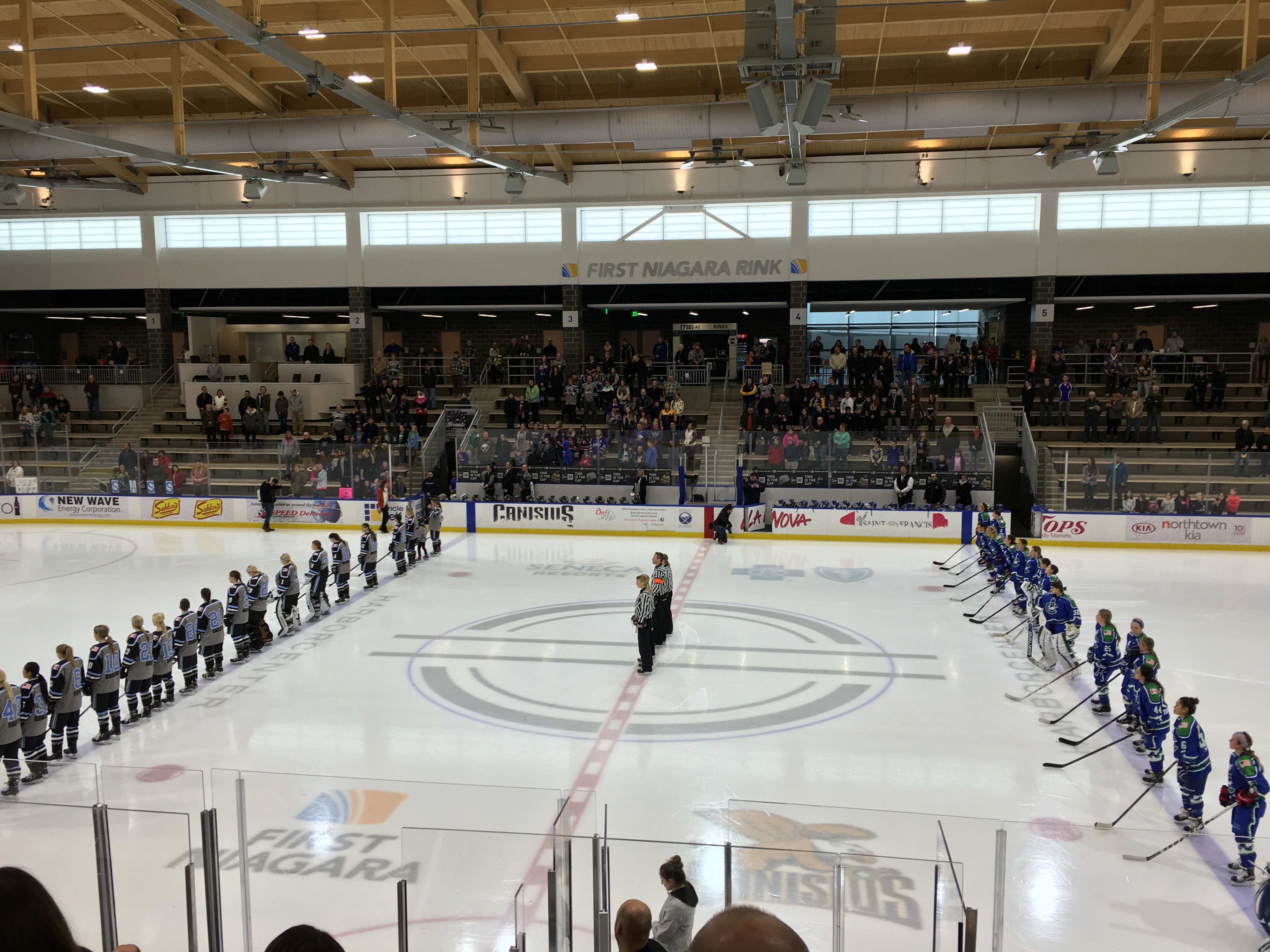 The Buffalo Beauts were unable to overcome an early 3-0 hole, falling to the Connecticut Whale by a score of 5-3 on Sunday night.

The win is Connecticut’s 11th of the season; the Whale continue to lead the NWHL with a near-perfect record and 22 points on the season.

The Whale absolutely dominated the Beauts in the first period. Buffalo had nearly no zone play and made several defensive miscues, which helped to put them in a quick 3-0 hole at the end of twenty minutes.

Less than halfway through the first period, Danielle Ward opened the scoring from Yekaterina Smolentseva.

Moments later, Smolentseva scored a goal of her own, assisted by Kaleigh Fratkin, to put the Whale up 2-0.

Then, with just 38 seconds to go in the first period, Smolentseva notched another goal to put Connecticut up 3-0. Ward and Micaela Long had the assists.

Kelley Steadman put Buffalo on the board with her first goal of the night in the second period, as the teams skated four aside. Meghan Duggan notched an assist.

A short time later, Steadman appeared to have scored again, but the refs blew a quick whistle that put a damper on the goal, and the Beauts remained down by a pair.

Steadman got that one back in the third period for her second of the game, after a cross-ice pass from Hayley Williams.

The Whale played an undisciplined third period, but the Beauts were ultimately unable to capitalize on it. Penalties were an issue for both teams throughout the night, as they just couldn’t seem to stay out of the box for very long.

Duggan closed the gap to just one goal with under five to play -- assisted by none other than Steadman -- but Kelli Stack scored a short time later on a Whale power play to make it a 5-3 game.

The Beauts outshot the Whale 37-32, but couldn’t put together a complete game, and once again, found themselves at a loss at the hands of Connecticut.

Next Sunday, the Whale visit the Pride for a 3 PM matchup, while the Beauts visit the Riveters for a 7 PM puck drop.