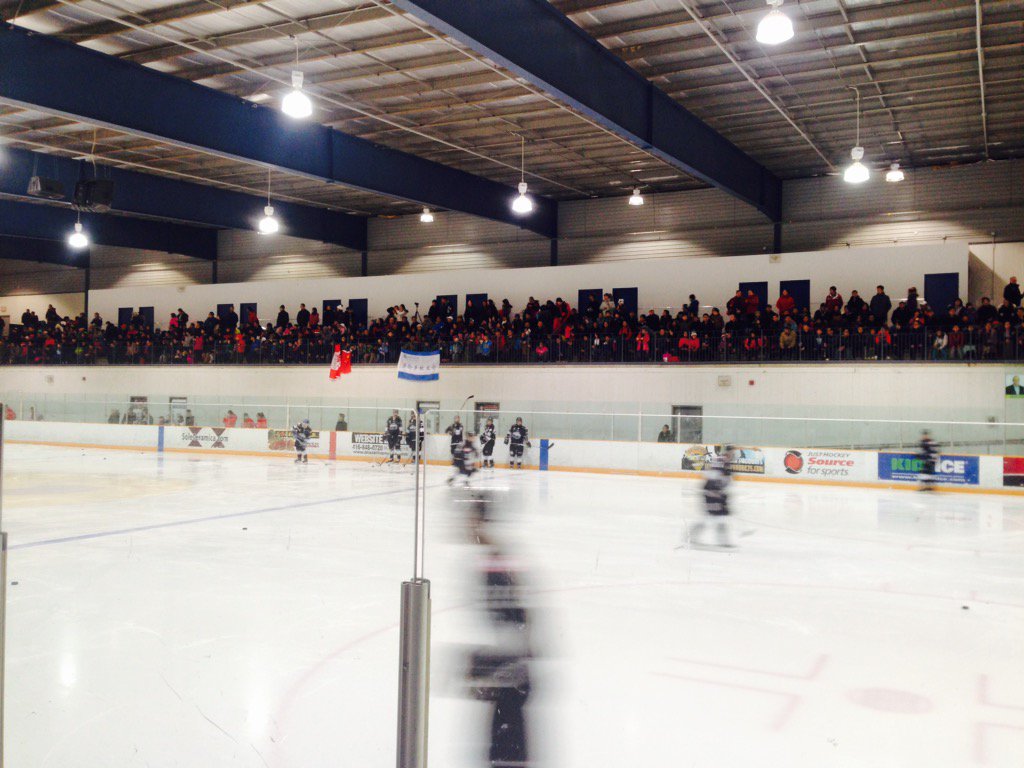 The last weekend before the league's winter break featured a matchup between the Blades and the Furies. The Furies swept the series, scoring eight goals.

The Furies started the series with a 4-1 win, thanks to goals from Natalie Spooner, Kelly Terry, Kori Cheverie and Alyssa Baldin. Megan Shea scored Boston's only goal.

“I think we did a lot of the little things well this weekend, which put us in good position to like advance the puck, and we [had] good support all over the ice," Toronto head coach Sommer West said.

Christina Kessler made 29 saves in the win, while her counterpart Genevieve Lacasse made 36. As a result, Lacasse moved into first place on the CWHL's all-time save list.

Toronto shut out Boston 4-0 on Sunday, with goals from Tanis Lamoureux, Sarah Stevenson, Jessica Vella and Emily Fulton. Sonja van der Bleik made 31 saves in the shutout, while Lacasse made 56 saves in the loss.

The Blades, who were without defender Tara Watchorn for a little bit, where very short on players this weekend. Both Megan Myers and Dru Burns were also absent.

"I was playing Maggie DiMasi and Sarah Duncan and Clara St. Germain and Ellie Tremblay back on the blue line," McCloskey said. "I’d sort of converted Ellie, so it was kind of a patchwork blue line, but they did an unbelievable job."

With the exception of a shootout win, the Blades haven't had a victory this season. But McCloskey said he's seen improvement.

“I think they’ve come a long way," McCloskey said. "I [have] to give the [players] credit. They’ve worked hard, they’ve made some good improvements. I didn’t really come into this season with a lot of expectations...I knew we’d lost a majority of our team from last year, so I'm impressed with the way the [players] collectively worked to play better team hockey."

Despite the sweep, Toronto is still in fifth place. But the Furies have been playing well, especially with the absences of Jennelle Kohanchuk and Julie Allen.

"I think at the start of the year with our injuries, we rolled with it. We didn’t complain about it, we did the best we could," West said.

"I feel like we were in good positions to win, like a bounce here, a bounce there, things could’ve [gone] differently for us and we just really pulled together as a team and do what we needed to do to stay in a good position ahead of Boston now."

This weekend, Brampton took on China for an exhibition game. The Thunder won 7-0, but the game -- played in front of 600 fans -- was more about exposure than the score.

Brampton head coach Tyler Fines said the best part of the exhibition match was getting to grow the game.

"Seeing other countries developing their hockey talent, obviously anytime you get a chance to play international, you should jump at the opportunity to grow the games epically [sic] in the women’s side of things," Fines said.

Team China had been training at the Vaughan Sports Village for the past six weeks, and Fines said he ran into the team and head coach Rick Seely. The two coaches talked, and the game was formed.

"You’re looking at 600-plus people there, a lot of people cheering on team China...We were extremely happy with the people in the stands and how they came to support," Fines said.

Some up, none down

↑ Genevieve Lacasse: Lacasse took the first spot on the CWHL's all-time save list this weekend. She has 741 saves through 16 games this year.

"What impresses me the most about Genevieve is combination of physical tools, which are outstanding," McCloskey said. "Her reflexes, her foot agility, and her size, of course. But that, I think, is just one part of her success.

"I think a big piece of it is the mental part. She’s got a great demeanor and great hockey IQ. She anticipates the play really well."

↑ Natalie Spooner: After recording four points on the weekend, Natalie Spooner is now on a five-game scoring streak, with 14 points over that stretch.

Thanks to her recent surge, Spooner is tied for the CWHL scoring lead with 19 points.

“I think she’s put more emphasis on studying the game around her as opposed to just studying her game." West said. "[She's] seeing what other teams are giving up so that if she has a puck in that position, where could her teammates be to be open, or where could she go to be open for her teammates. I just think her game without the puck is evolving.”