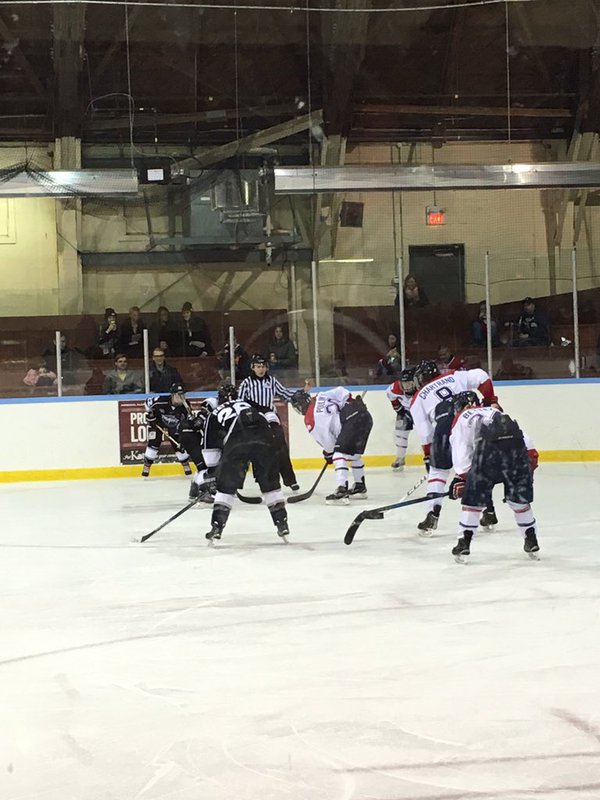 Last weekend featured a couple of different matchups. Both high-powered teams, the Inferno and Les Canadiennes, were in action. While Calgary swept Boston, Brampton ended the series with Les Canadiennes in a split.

Next weekend features the Furies and the Blades, but Brampton will play the Chinese national team in an exhibition game on Sunday.

"We knew that beating [Les Canadiennes] and splitting the weekend with a top team just proves that we can compete against the top three teams," Brampton head coach Tyler Fines said. "As long as we get in the dance, you never know what can happen when we get into the playoffs."

On Saturday, Brampton kept Les Canadiennes scoreless. It was the first time all season Les Canadiennes failed to score, and it ended several point streaks for the team's top line.

"We just focused on shutting down one line and getting shots to the net," Fines said.

"[We made] sure Poulin and Oullette stay off the scoreboard," Fines said. "Just play them hard and just keep their shots to the outside."

After a scoreless first on Sunday, Jamie Lee Rattray and Jenna McParland scored in the second. Dania Simmonds added a goal in the third, and Jess Jones netted an empty-net goal. Erica Howe made 39 saves in her first shutout of the season, while Sydney Aveson made 17 saves in the loss.

"They did get way too many shots against us," Fines said. "We just have to be more disciplined in the D zone and get our fitness level [up] so we can skate with them for 60 minutes.”

Howe broke the Thunder rotation, making her second-straight start. She finished with 40 stops, totaling 79 for the weekend.

"She’s a fantastic goalie, but so is Liz Knox," Fines said. "It was tough going back to back with her because obviously, you know, we’ve been splitting the goalie duties ... but obviously shutting out [Les Canadiennes] was the big decision for us. But both goalies impress me every day."

Les Canadiennes were also without the services of Charline Labonté over the weekend, and Aveson made the back-to-back starts. While the Canadiennes succeeded in shot suppression for their more vulnerable goaltender, the loss of a world-class talent like Labonté was sure to hurt their team. There is no updated news on her condition; she was described as having a lower body injury.

The Inferno swept the Blades this weekend, earning a 4-0 win and a 4-1 win. The Blades were without Tara Watchorn, their top defender, who was injured in her first shift Saturday.

"Some [players] really stepped up to fill her shoes because she logs a lot of ice for us," Blades head coach Brian McCloskey said. "I thought we defended well. We also did some good things offensively on Sunday."

On Sunday, Cunningham gave Calgary the early lead. The Inferno held a 2-0 lead into the third period, when Erin Kickham cut it 2-1 for Boston. But Louise Warren scored seconds later for Calgary, and Sauliner sealed it late with her third goal.

Desjardins made her second-straight start, finishing with 17 saves. Lacasse made 63 stops, totaling 103 for the weekend.

The Blades are now on a 12-game losing streak, but there has been some improvement in the team.

"We’re just playing much smarter when we don’t have the puck," McCloskey said. "Positional play, we’re just smarter collectively as a team moving better without the puck. Our spacing’s better, we have better balance, and that helps us transition to offense.

Blades defender Tara Watchorn left Saturday's game with a concussion. There's no timetable for her return yet.

"It didn’t look like it was a really dangerous blow to her head but sometimes the least dangerous looking situations because the most troublesome," McCloskey said.

↑ Brampton: The Thunder have been surging this season. Their offseason changes have been working so far, and as a result, Brampton is second in the league. The win over Les Canadiennes was big, and it proves the Thunder can compete with the league's elite.

↑ Genevieve Lacasse: Who else? The netminder was especially tested this weekend after Tara Watchorn, the team's top defender, went down on Saturday.

Lacasse netted 103 saves over the weekend, and now has 649 saves.

"I would say a lot of it’s her demeanor. She’s very poised," McCloskey said. "You know I mean she's got obviously great physical tools, [she's] quick on her feet, she has some physical assets. She’s a good sized athlete, so she fills the net really well.

"But more than anything, I think she thinks the game really well. She anticipates where a shots and threats are coming from, and she’s really poised in net."

↑ Seeing different opponents: For a good portion of the last month, the Boston Blades and Brampton Thunder have mostly been playing... one another. It was a good break for both teams to see other opponents, and see how they stack up against the league's elite players.

↓ Les Canadiennes' top line: This may never be written again. But the trio was held scoreless for the first time all season on Saturday. Poulin, Ouellette and Bettez -- players who have combined for 47 points so far -- didn't score on Saturday.

"We need to shoot more when we get the puck in the scoring areas. We're not controlling the puck as much as the teams we're playing, but we're creating some timely turnovers and sometimes I think we’re just looking to be too fine offensively," McCloskey said.

"Sometimes we let the other team recover because we’re looking to be a little too creative or too fine with it."

↓ Scoring: Scoring this weekend was down, especially compared to last weekend. Calgary scored four goals each game (as opposed to the 16 they scored total last weekend). Les Canadiennes had seven goals total, Brampton had five, and Boston had one.