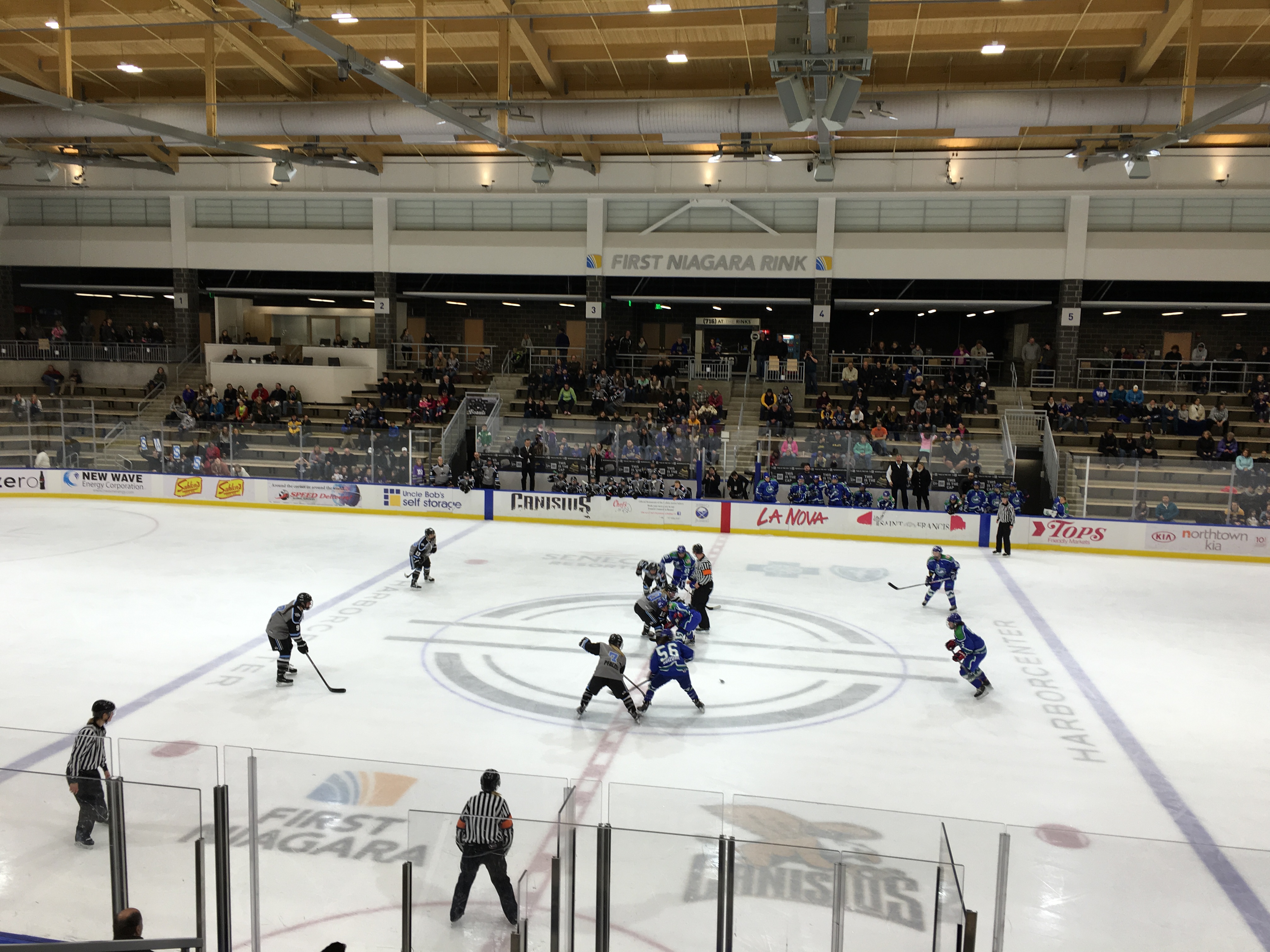 A doubleheader weekend saw the NWHL's Buffalo Beauts battle hard, but ultimately earn only one of a possible four points.

The Beauts took on the Boston Pride and undefeated Connecticut Whale this weekend, and after all was said and done, they're now 1-5-0-2 on the season.

But in order to truly understand how the Buffalo Beauts are doing this season, we need to look at more than just that single statistic. Many of the Beauts' games have been close, with several high-scoring, thrilling bouts. They've managed several comebacks that may or may not have resulted in victories.

Their record doesn't fairly represent that Meghan Duggan has points in every game she's appeared in this season (3G, 6A), or that Devon Skeats had points in four straight before Sunday's game (6G, 3A).

It doesn't represent that Brianne McLaughlin has faced over 200 shots this season and has stopped 182 of 208, or that the Beauts netminders together have stopped 253 of 286 shots faced.

And it doesn't represent that outrageous comeback against the Whale several weeks ago, or the rally back against Boston on December 5, or any of the other closely-fought battles that have nonetheless left the Beauts at the bottom of the league.

The Beauts kicked off their weekend with a meeting with the Pride on Saturday night -- the first Saturday game in NWHL history, and one of only two on the league's slate for the inaugural season.

Devon Skeats mounted a hat trick and Buffalo rallied back from what was at one point a 5-1 deficit, but ultimately fell 7-6 at the hands of the Pride

Buffalo was once again without the services of Meghan Duggan, who was coaching that night with Clarkson to finish off the semester.

The Pride came out roaring, taking a 2-0 lead on a pair of goals by Jillian Dempsey less than five minutes into the opening frame.

However, the Beauts rallied back with one of their own, as Skeats tallied her first of the night on the power-play just 16 seconds after Dempsey's 2-0 goal.

Boston answered back with three more goals -- still in the first period. Skeats added one with just 38 seconds left, to make it 5-2 Pride at the end of just twenty minutes of play.

Amanda Pelkey would made it 6-2 Boston early on in the second, with Kourtney Kunichika responding just ten seconds later to slightly close the gap.

That would be all for the second period, and the teams would skate into the third with the Pride up 6-3.

Buffalo wasn't done; first it was Hailey Browne, who scored her first of the season to make it 6-4. Skeats then completed her hat trick to make it a 6-5 game.

All of a sudden, the Pride were in an uncomfortable position, but Rachel Llanes would alleviate that with Boston's seventh goal of the night halfway through the third.

Emily Pfalzer added a goal with just one minute to play, but the Beauts couldn't pot another and ultimately fell 7-6.

Overall, the Beauts were outshot 50-21 on Saturday night.

With the victory, the Pride registered their first home victory at Harvard's Bright-Landry Center.

Following Saturday's loss, the Beauts headed to Stamford for a meeting with the Whale less than 24 hours later.

It was a calmer game overall, with Buffalo holding a 2-1 lead until late in the third. With less than a minute to go in regulation, the Whale tied the game and, in the end, came out victorious in a shootout.

Meghan Duggan and Shelby Bram gave the Beauts a 2-0 lead early in the second period, with Sam Faber putting Connecticut on the board halfway through the game.

Despite a close game, Buffalo held on until Kaleigh Fratkin tied the game at the 18:53 mark of the third period.

An uneventful overtime period led into a shootout. Kelly Babstock, Jessica Koizumi, and Kelli Stack all scored for the Whale, while Kourtney Kunichika scored for the Beauts, and ultimately Connecticut pulled off a 3-2 win.

Erin Zach registered her first point of the season in the loss.

The Whale are now undefeated, including victories over the Beauts in both of the NWHL's only two shootouts in league history to date.

Duggan rejoined the Beauts for Sunday's game after missing Saturday's game coaching with Clarkson, but appeared to be injured during the game. The injury happened behind the play (out of camera view), but Molly Engstrom received a five-minute major and a game misconduct for illegal head contact.

Duggan left the game and did not return to the ice, though she did watch the rest of the game with Beauts GM Linda Mroz.

Duggan has been a huge presence for the Beauts this season; the good news is this: Buffalo doesn't play again until December 20, giving the team some time to regroup and Duggan some time to heal from any potential injuries.

The Beauts now get a week off; the next game features Buffalo visiting the Pride once more on December 20 at 3 pm. The Beauts then return home to host the Riveters on December 27.