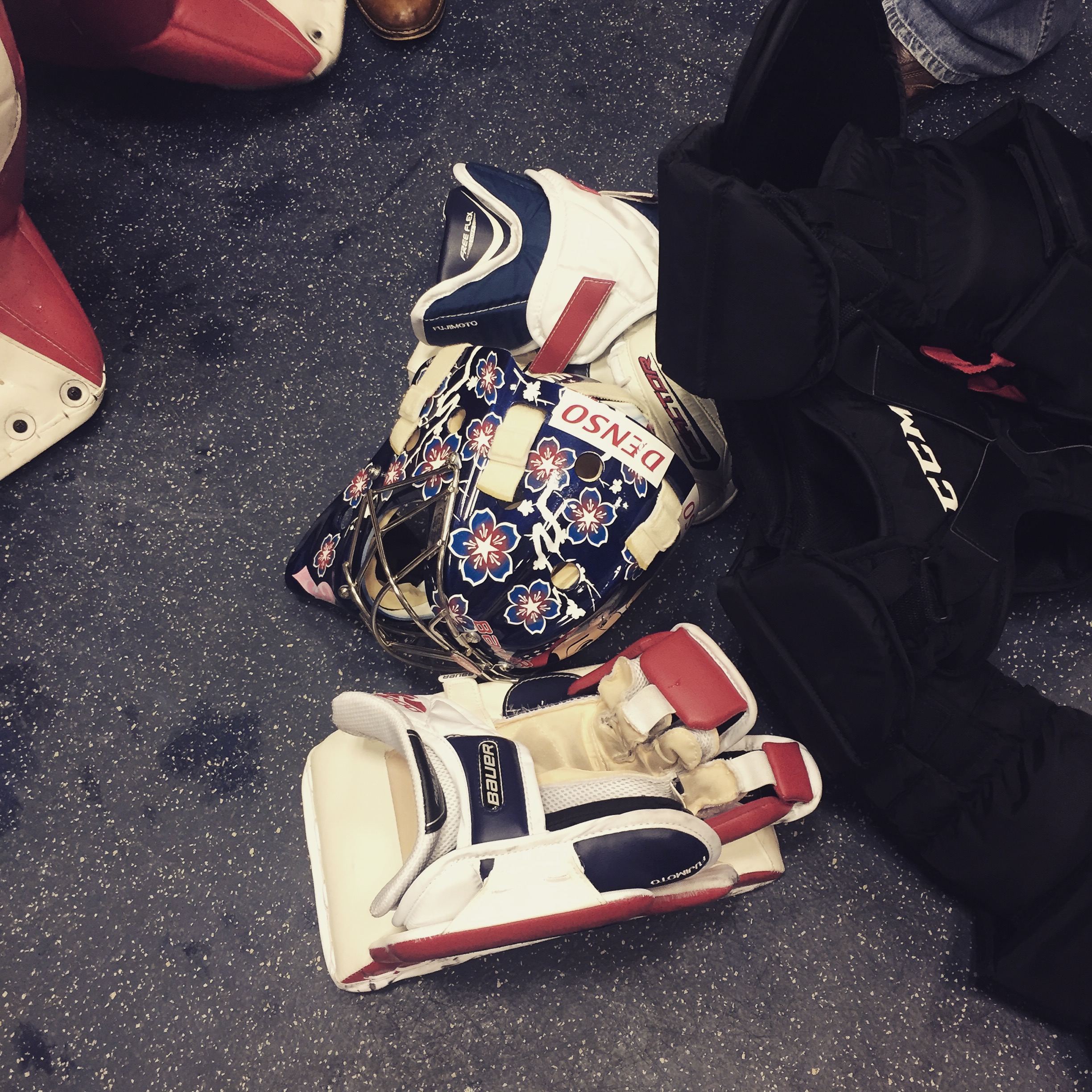 It would be hard to ask for a more memorable first win of the season for the New York Riveters. Every area where they had been weak in the previous three games improved exponentially. Plus, they pulled off a come-from-behind win at home against the team that had previously crushed them 7-1. While the Boston Pride were without Brianna Decker, they weren't short on offensive talent by any means, and they still came up short -- due to a stunning performance from Nana Fujimoto.

However, it was a team win for the Riveters, who began mounting their comeback as soon as they were down. It didn't take long, either, as Hilary Knight buried an effortless backhander behind Fujimoto less than four minutes into the game to give the Pride a 1-0 lead.

The tying goal came from Madison Packer just a few minutes later. She streaked down the right wing, shot on Lauren Slebodnick, and pushed in her own rebound. Just thirteen seconds later, Beth Hanrahan would score nearly the same goal, this time from the left side, as Slebodnick made a stick save but left the rebound there for the taking, and Hanrahan tapped it in underneath the goalie's pads. The Riveters had taken their first lead of the season, and the new, unfamiliar task of protecting the lead began.

Fujimoto was strong after giving up the first goal, making huge saves on the penalty kill for her team, which is something that she had struggled with in previous games. Her glove hand was active and she remained mobile, and the Pride were unable to pull even before the end of the first period. The Riveters also had power play chances but were unable to convert, thanks in part to Hilary Knight helping Slebodnick out in goal.

The second period would be the biggest test for the Riveters. The Pride brought their shot total to 34 through 40 minutes, and the Riveters found themselves on their heels a bit as Slebodnick was able to make a few sparkling saves of her own, including a breakaway stop on Packer.

However, Fujimoto built on her performance from the first in breathtaking fashion, controlling rebounds and playing aggressively on tricky plays, such as a low shot through a screen from the left point by Marissa Gedman early in the second period. The Pride also generated incredible traffic in front of her, but Fujimoto was able to track the puck and cover it up easily. After the game, goaltending coach Jonathan de Castro spoke about keeping her game simple -- and while the strategy was simple, the execution was anything but.

Fujimoto's hard work in the second set up a crucial third period for the Riveters. They were able to increase their lead to 3-1 at just 2:28 of the third, on the power play. Ammerman took the high shot that was redirected by Bray Ketchum past Slebodnick.

Boston would provide incredible pressure to challenge the lead, but Fujimoto continued to hold the fort. The Pride pulled within one on the power play with just 29 seconds to go -- a laser-beam shot from Kacey Bellamy during a 6-on-4 advantage with Slebodnick's net empty. But the Riveters were able to kill the rest of the time, keeping the puck to the boards in the neutral zone.

A raucous celebration followed, and the packed house at Aviator was finally able to go home as the fans of a winning team.

Nana Fujimoto spoke to the press through a translator. She stated that a huge adjustment for her playing in America was the size of the ice (most rinks in Japan are the larger, international size). After a month in the NWHL, she is feeling more comfortable with the different ice. She also credited her teammates' offensive contributions as putting her in a confident position to win the game.

Riveters' head coach Chad Wiseman, on his team's matchup against the Pride:

"They're a fast, fast hockey team, which forces our players to make quicker decisions. I thought we struggled with that early in the game, but they battled hard, they blocked shots."

"The first period, I thought she was a little shaky of the start, that one that went in, but she battled back. She didn't just give us a chance to win. She was a big part of that win tonight."

On his team's character contributing to this win:

"There's a lot of character in that room and the girls have just bought in to what we're trying to do as a team...They're bringing a good work ethic and a good attitude to the rink every day, and it shows."

Wiseman also mentioned adjustments to the penalty killing and allowing different forwards to step up into larger roles to get the job done.

Boston Pride forward Jordan Smelker, on the team's mood after their first loss, and going forward:

"It's obviously tough losing on the road and seeing a teammate get hurt, it's definitely really hard to see. But I guess the mood is -- think about this loss for about the next hour and thinking about what we can improve on and where we can go from here. Not focus[ing] on this loss."

On the physical play late in the game:

"It felt really chippy. It's hard to stay out of it when everyone's kind of going at it -- it was a close game. Definitely towards the end there, the penalties kind of got in everyone's head. We got sidetracked on the reffing, and the chippiness. That's one area we can work on, I guess -- staying out of that."

On the Pride finally getting to their home opener next week, for a rematch with the Riveters:

"We're really excited. We've been looking forward to this for a lot of months now, so we can't wait to have them back at our house."

The Riveters hit the road next week to face Boston in their home opener at the Bright-Landry Hockey Center in Allston, Massachusetts at 3 PM on Sunday, November 22nd. Meanwhile, the Connecticut Whale will return to Buffalo for a 3:30 PM start, and the Beauts will still be seeking their first win of the year in front of a home crowd.