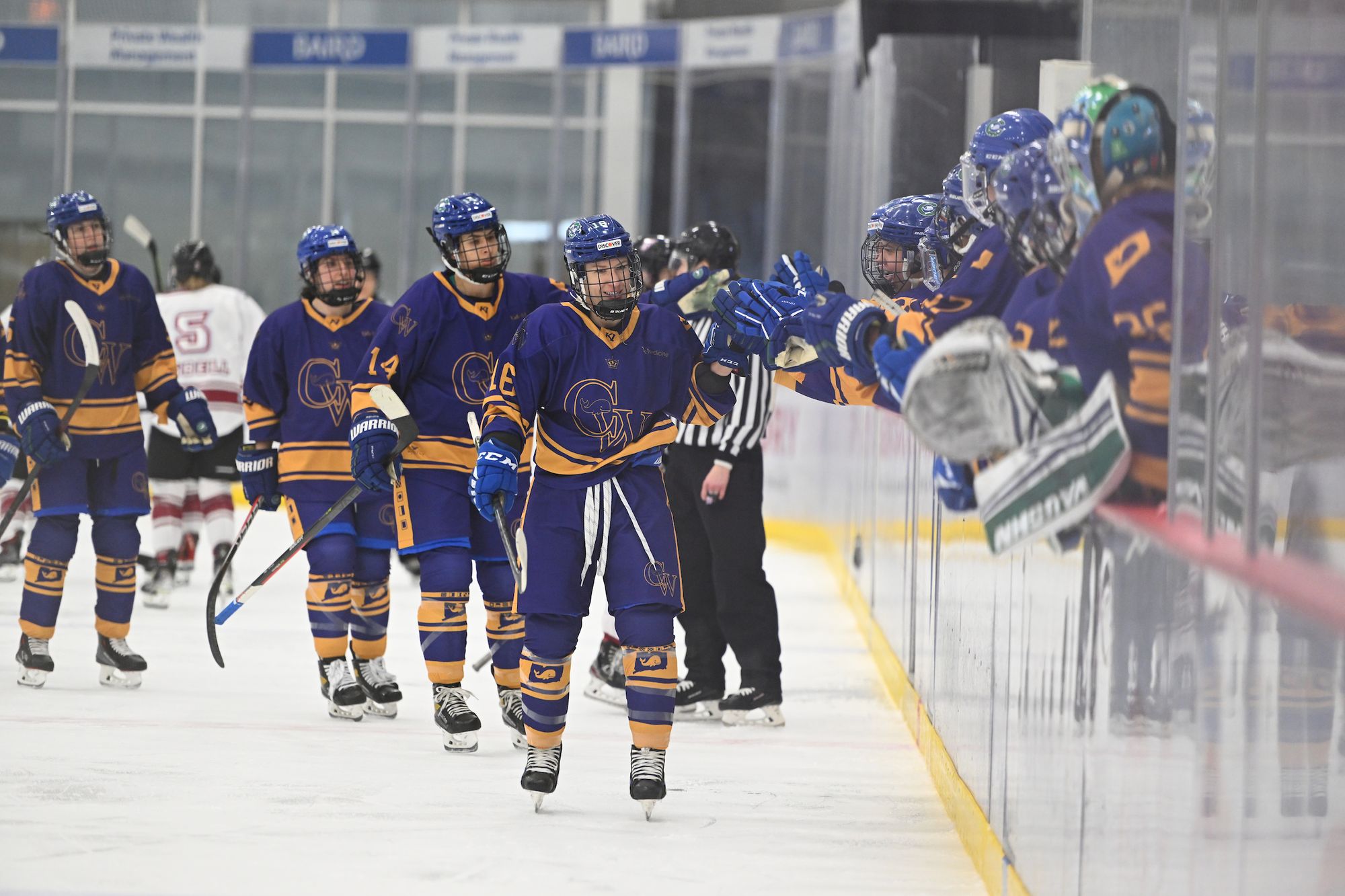 Late heroics from Brigitte Laganière sent the Montreal Force to a regulation victory in a closely-matched contest with the Connecticut Whale in a neutral-site contest in Pittsburgh, Pennsylvania on Saturday.

Pittsburgh has welcomed the PHF and women's hockey over the years, and Saturday's game was no different. Players from both teams spoke after the game about the impressive crowd and its support. Fans in attendance were treated to a high-paced, back-and-forth game that ultimately saw the Whale falter four leads en route to defeat. The Whale sported special jerseys to pay tribute to the Pittsburgh Pennies, a former team in the Mid-Atlantic Women's Hockey League, an amateur league that has been around since the 1970s.

The Whale came on strong early and took the lead just 3:46 in. Kateřina Mrázová picked up the puck off a turnover as it slid off a Force player's stick in the corner. She walked into the slot and used great stickwork to put it into the net.

Quickly, the Force found their spark and were rewarded with a power play just past the five minute mark. To no surprise, Ann-Sophie Bettez scored her first of three goals on the afternoon to tie the game at one. Bettez received a drop pass, then drove up the left side of the ice and beat three Whale players, sending a low shot past Meeri Räisänen.

"Christine gave me the puck, and I wanted to give it across to Jade, but I saw that there was a player there and I just carried the puck away," Bettez said. "I just tried to put the puck on net, and it went in. Good bounce for me on that first one."

Just as Montreal capitalized on their power play, Connecticut would do the same a short time later. Melissa Samoskevich and Alyssa Wohlfeiler had a nice give-and-go, with Samoskevich getting enough of her stick on a feed from the corner to beat a moving Marie-Soleil Deschênes.

The midway point of the first period passed, and the Force once again tied it. This time, a short-side shot from Samantha Isbell outside the faceoff circle beat Räisänen.

The game remained tied at two through the rest of the first period, though both teams blocked plenty of shots. Overall, it was an evenly-matched period that saw the Force outshoot the Whale 12-11.

Injury troubles started to impact the Whale in the second period. First, defender was Shannon Turner wiped out by the Connecticut Whale roughly six and a half minutes in. She was putting no weight on her left leg as teammates helped her to the bench, but she would return to the game.

Shortly after Kennedy Marchment regained Connecticut's lead on a tap-in off a pass from Caitrin Lonergan, the Whale then lost defender Mallory Souliotis. She went hard into the far wall and appeared to be in a lot of pain, staying down on the ice before being helped off by a trainer and coach. No update on her condition was available after the game.

Bettez tied the game on a rebound with under eight to play in the second period. Laganière took the initial shot, and Bettez capitalized on the rebound in front. The second period was heavily tilted in Montreal's favor, as they outshot the Whale by a 17-9 margin.

"It was a great effort by Sam," Bettez said of her second goal. "She worked hard behind the net, I think she had two players on her. I was in front of the net and again, put the puck on net and I got a good bounce there, too."

It only took 59 seconds into the third period, however, for the Whale to regain the lead once more. Connecticut got Deschênes moving, and Marchment scored her second of the game after beating Sarah Lefort in a one-on-one battle in front.

Montreal came back once more, taking advantage of a miscue at mid-ice by a Connecticut defender that was blocked by a Montreal player, resulting in a turnover. Bettez and Jade Downie-Landry had a nice give-and-go; after Bettez got the goalie to commit, she took the far corner to complete the hat trick.

As the third period went on, the game still could've gone either way. Allie Munroe rang a shot off the post with under seven miutes to play, but it was the Force who would score a heartbreaker with just 19 seconds remaining. Laganière slung a shot toward the net on an off-angle from way down low, and the puck found its way into the net.

Brooke Stacey was originally credited with the goal in the official scoring, but it turned out to be Laganière's goal. Stacey was parked in front of the net and thought she may have tipped it, but Laganière said she thought it was her goal & even asked Stacey about it.

The tally stood up as the game winner.

"It was such a good team effort, the whole game," Laganière said. "We came back all the time. We had some character out there. At the end, it's just 19 seconds. The time's going on and on, so you just want to put the puck to the net and good things happen when you do that."

Force head coach Peter Smith called it a "character performance," coming back from being down over and over again. "Every game that we have is about development for our team, and to quote Pink Floyd, this was another brick in the wall."

Smith also noted that the Force were uniquely prepared for this game, given that they don't have a set home rink this season. They've essentially played their entire season on the road so far: "We're very receptive to these offsite games, because we play a lot of offsite games," he said.