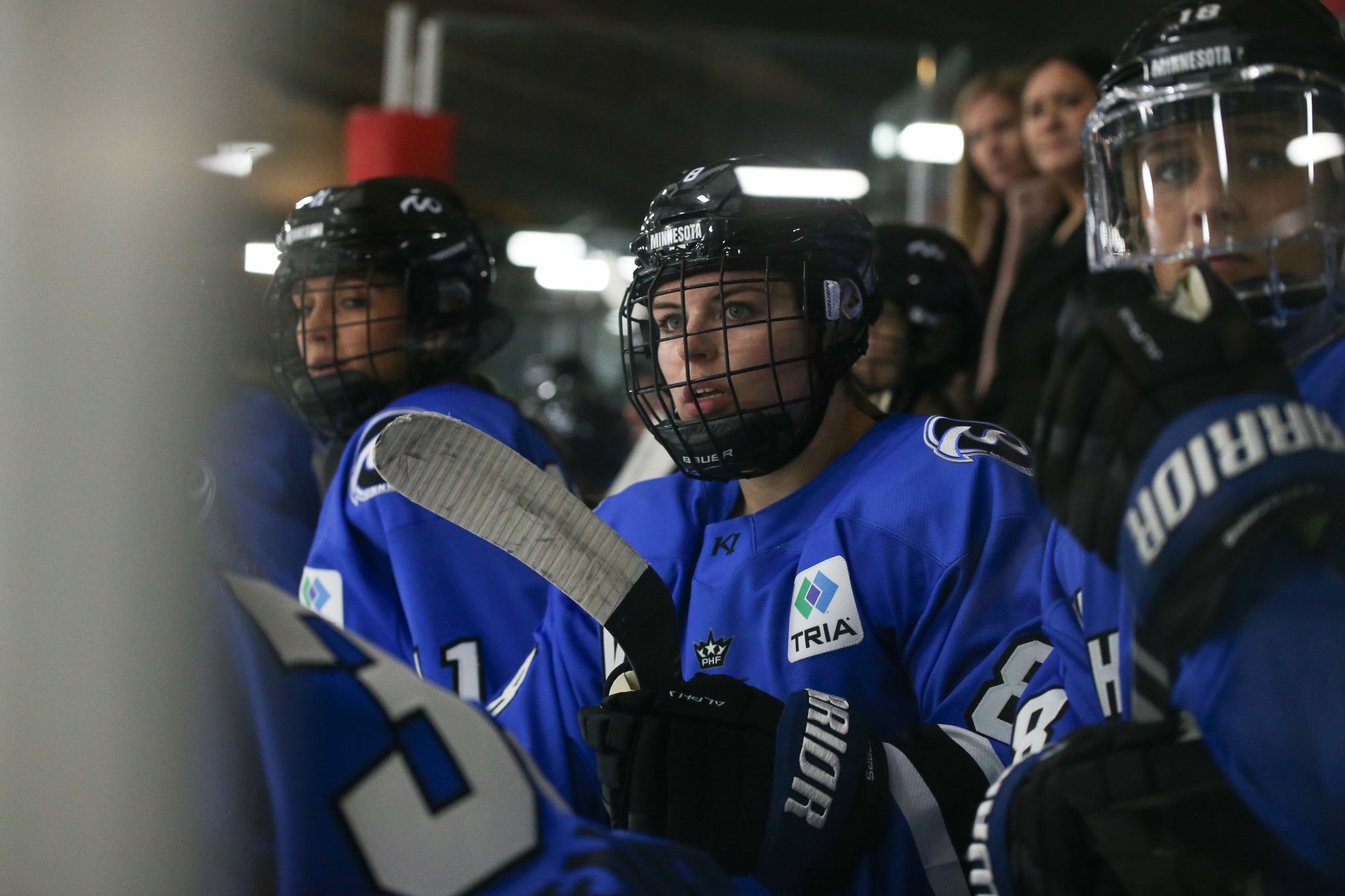 This past weekend's series between the Whitecaps and Riveters was honestly very closely-contested. Saturday's game ended in a 4-3 win for Minnesota, but the Whitecaps nearly blew a 4-0 lead in the process. Sunday's rematch was a much tighter game until things opened up a bit more in the third period, still resulting in another Minnesota win.

The Whitecaps controlled the puck early on Sunday, but as the first period went on, the Riveters started to find their stride. Fanni Garát-Gasparics had the team's best chance early, but she shot it just wide. On the flip side, Jonna Albers had a solid chance from the slot late in the period. Shots were 9-7 in the opening frame, in favor of Minnesota.

The second period began with end-to-end action as both teams tried to break the stalemate. Just 2:41 in, Albers would put the Whitecaps on the board. She worked the puck along the boards in the corner, under duress from Metro's Kennedy Ganser. Despite the pressure, Albers got loose enough and made her way to the front of the net, firing off a backhand shot that found the smallest space between Eveliina Mäkinen's arm and the post.

Soon after, the Riveters had a chance to tie the game on the power play, but the Whitecaps' penalty kill never allowed them to get any momentum - at least not on that kill. Another opportunity late in the period, with Olivia Knowles in the box, was a productive one for Metropolitan.

Minttu Tuominen tied the game on the power play. Tuominen picked up a pass from Anna Kilponen at the point and shot it through a crowd. This one may have been tipped, as Kendall Cornine was parked in front of the net, but either way, it was the equalizer the Riveters needed.

After a fairly quiet 40 minutes in terms of penalties, things opened up in the third period. The teams combined for 14 penalty minutes and all sorts of action, from 5-on-3 to 3-on-3 and everything in between.

After the Whitecaps failed to register even one shot on goal during an early power play, Sydney Brodt regained the Minnesota lead with about 14 minutes to play. Liz Schepers played the puck along the boards, despite being bothered by a Riveters player, an got the pass off to Brodt, who was alone in the slot.

Despite the deficit, it truly could've been either team's game. Even with 4:30 to play and the Whitecaps up 2-1, anything could've happened.

Then, with 1:53 left in regulation, Reagan Rust was called for holding, sending Minnesota back to the advantage. Brodt and Natalie Snodgrass had a give-and-go play, and Snodgrass capitalized on a bouncing puck in front. Mäkinen dove to try and cover the net, but she just missed as the puck slid into the bottom right corner.

Following the insurance goal, Schepers potted an empty-netter late in regulation to cap off the 4-1 victory. Amanda Leveille had 24 saves, while Mäkinen had 25.

This game, combined with Saturday's win, really helped propel the Whitecaps up in the standings. Taking all six points from the Riveters' series moved Minnesota up from sixth place in the PHF to third. Obviously, there is still a lot of hockey to be played this season, but every game counts – every point counts – and without knowing what the playoff format will be, these could be game-changers down the line.