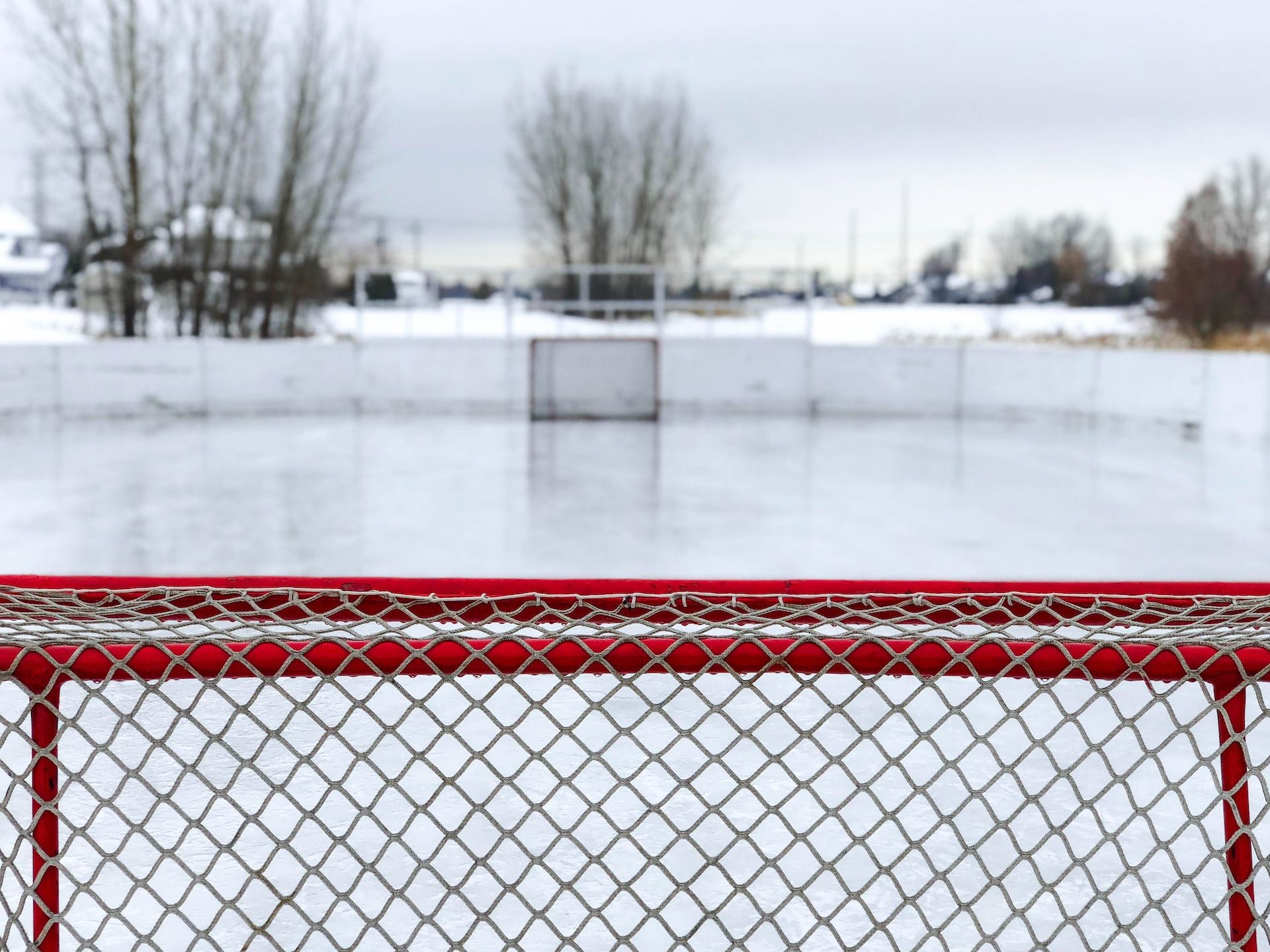 Come warm your hands by the toasty fire that is Hockey Canada burning.

In May of this year Hockey Canada settled a lawsuit with a woman who says she was sexually assaulted by members of the 2018 Men's World Junior Team. Other allegations from other Hockey Canada players surfaced, and in July we learned that Hockey Canada has a National Equity Fund to pay out uninsured claims – including millions to settle dozens of lawsuits over the last three decades.

The revelations were bad enough, but Hockey Canada's behavior during the ensuing months has really helped this dumpster fire grow. You'd expect leadership to change, and responses to inquiries to be humble and apologetic. Instead, Hockey Canada adopted the 'dog sitting calmly in a burning room' tactic of keeping most of their board and CEO in place and claiming to be the victim at a Canadian parliamentary committee meeting.

Initial recommendations from retired Supreme Court Justice Thomas Cromwell have been released, but we're still waiting for his full report. In December, Hockey Canada will elect a new board of directors. The Canadian government may also take action, which could go so far as to disband Hockey Canada and create a new 'Canada Hockey' organization, Prime Minister Trudeau said after the horrendous parliamentary committee meeting.

There are many sides to this scandal, and many things that need to change. Three big ones, as I see it, are money, governance, and culture.

As a player, I assumed most of my annual fees went towards securing ice time, with a small amount set aside for "insurance." This has always been a vague concept – does it cover me if I get injured on the ice, or does it cover the arena or the league in case of liability issues? Hockey Canada is the primary provider of that insurance across the country, so the majority of players pay the organization just over twenty bucks every year. We've learned that $13.65 of that goes to the National Equity Fund set up to pay out uninsured and underinsured liabilities, and settle sexual assault allegations.

All of that is cash that Hockey Canada can use for player development, covering underinsured claims, a new exercise bike for Marie-Philipe Poulin, or settling sexual misconduct claims. (A paltry sum went to treat Olympic gold medalist Katie Weatherston's symptoms of concussions incurred in practice.) Retired Canadian Supreme Court Justice Thomas Cromwell is currently looking through those receipts as he investigates Hockey Canada for a report due to be complete this November. (The report was commissioned by Hockey Canada, and preliminary findings have already been released.)

So when it comes to cash, what does Hockey Canada need to do better? They need to tell paying members, and all Canadians, what they're spending our money on. If they're dropping a big payment to settle a lawsuit, maybe they should ask permission as well. I doubt that us members can offer informed consent, but how about a Parliamentary committee with the power to veto any big spending?

I find insurance and liability difficult to wrap my head around, but another money question I'm having trouble with is who ought to pay. If Emily Clark absolutely clobbers Brianna Decker in a Canada-USA Rivalry Series game, I don't mind if my Hockey Canada insurance fees help pay for the cast on Decker's bruised ego. If it happens on the ice, it's part of the game – even if it's nasty.

I'm just not sure that a World Junior player raping someone in a hotel room falls into the same category. If I punched a stranger on the street outside my office, should my employer pay my legal fees? No. I think they should fire me, and let me go to court for being a loser who can't keep my hands to myself.

Why did Hockey Canada decide that they should foot the bill for these alleged abhorrent behaviours? And is paying an admission that Hockey Canada had a responsibility to stop these crimes from happening in the first place?

Since the scandal first broke in spring 2022, Hockey Canada's board has been embarrassingly slow to act. It was obvious from the beginning that the entire leadership team needed to resign. Instead, existing board member Andrea Skinner stepped in as interim chair and attempted to save face for her colleagues before getting absolutely torched in the hot seat. She should never have been put in the position, and eventually, mercifully resigned. I'm still mad that she had to resign before the rest of the board clued in, and that it took a few more days and a few more major sponsors jumping ship before the rest of the volunteer board and CEO Scott Smith announced their resignations. Now, finally, the slate at the top is clean.

As misguided and depressing as Skinner's comments were at the Parliamentary Hearing right before she resigned, I did feel sorry that she was there at all. The board chair position is volunteer (expenses including meetings, food, and travel costs are covered, but it’s not a paid position). Should an organization handling millions of dollars, molding young minds and answering to the highest levels of Canadian government be run by a group of volunteers? Is that normal?

We need a fresh start in leadership. Getting more representation on the board will be crucial: from different regions, genders, and backgrounds. I'd also like to point out that knowledge of hockey isn't particularly important to running the organization at that level, and welcoming in some talented staff from outside the old boys' club could really strengthen the leadership.

The scandal at Hockey Canada is about money and mismanagement. But it's sparked a bigger conversation about Canadian hockey culture. It's too white, too misogynistic, too angry. It doesn't care about consent or mutual respect. Mandatory Respect in Sport training for players, coaches, parents, and officials has tried to address these issues in recent years, but online modules with no-fail quizzes will never teach a toxic dude to be less toxic, or actually cause someone to question their bigotry or bad behavior on a fundamental level.

Training needs to be more active and participatory. It needs to be revisited throughout the season and offseason – it can't be just a hurdle you hop or a box you tick before the puck drops in the fall. It should involve active collaboration with your team, your league and your association where you can discuss with peers what the training means and how it applies with your athletes.

Rules don't matter if they only exist on paper. In the Hockey Canada Action Plan released this summer, they tout a national rule adopted in June 2021 (11.4 – Discrimination) which empowers on-ice officials to assess a Gross Misconduct for any verbal taunts, insults, or intimidation based on discriminatory grounds (race, religion, gender identity, et cetera). The trouble is, similar rules were already on the books – and have been in the rulebook for years. What needs to change is the environment in which referees are asked to enforce those rules, and the decision-making process when those misconducts are reported to local leagues.

Without backup from others in the rink, a referee can’t change hockey culture – even with the rulebook on their side. And without backup from the league, and serious commitment, these infractions ultimately end up leading to a series of slap-on-the-wrist punishments instead of more serious consequences that could actually change the sport's culture. Changing hockey culture in Canada is a gargantuan task, and it will take years of effort from grassroots locker room talk to high level policies before we see meaningful change.

The sexual assault allegations at the centre of this scandal involve Hockey Canada men's World Junior teams. While I think individuals involved in those incidents should be individually punished, I think Hockey Canada created an environment where those crimes were more likely to occur. TSN, Hockey Canada, and national sponsors threw a lot of money behind the annual Christmas tournament, turning pre-NHL teenagers into stars overnight – it's hard to overstate how much Canadians care about the World Juniors. But how much mentorship are these teenagers given before being thrust into the spotlight? Hockey Canada should be doing more to make sure that the people they are uplifting in this context, and the environment that they place them in, is safe and healthy and conducive to safe, healthy, and respectful behavior.

Back in 2010, there was significant uproar about behavioral norms on the women's side – due to a photo of Marie-Philip Poulin smoking a cigar and drinking beer at centre ice after winning gold at the Vancouver Olympics. She was one month shy of the legal drinking age in Vancouver (but could legally drink in both her home province of Quebec and the Olympic training grounds in Alberta). Canadians were absolutely scandalized at this raucous display exhibited well after the fans had left the arena.

It was silly for the women's national team to be held to that standard, and it's absolutely dumbfounding that the men's World Junior team could simultaneously be supported while allegedly regularly committing gang rape. Maybe when the dust settles on this Hockey Canada scandal, we can find a happy middle? A more equitable place where the men's and women's programs receive equal funding, equal promotion, and equal scrutiny? Players should be allowed to party and have a good time in a way that is age-appropriate and doesn't hurt others. Players should be allowed to have big personalities. Players should not be held to outmoded ideas of what is normal, appropriate behavior based on gender – which is to say, girls can have a beer and smoke a cigar if they want to, and we should never use "boys will be boys" as a way to sweep abuse and rape under the rug.

Here's hoping that the ethics Zamboni can do a hard scrape of Hockey Canada's truly horrific past, and set us up with a smooth sheet of ice for the next generation of hockey players – with a full accounting of what led to this and what we are intentionally doing to change it. Because even after all the politics, crime and corruption, I still think there are few things better than sharp skates and fresh ice.