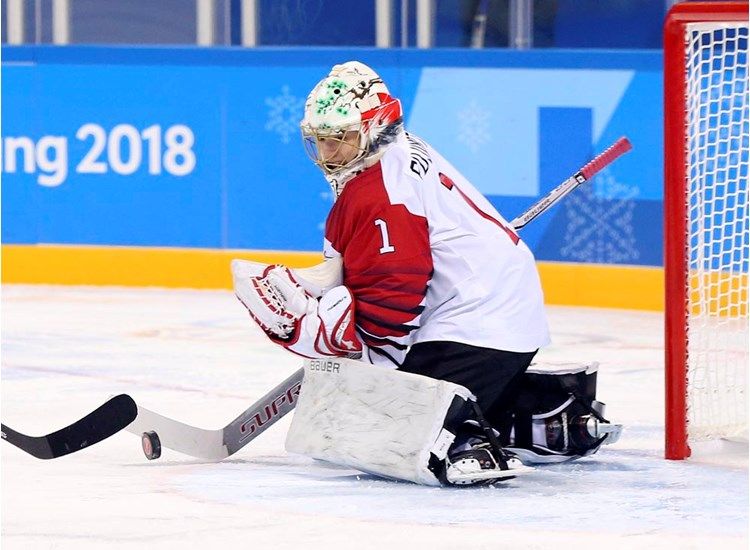 Japan finished sixth at the 2018 Olympics and third in Group B standings. Their lone win of the preliminary round came in a 4-1 victory over the unified Korean team. They surprised Sweden with an overtime win in the semifinals, then fell to the Swiss 1-0 in the fifth-place game.

Japan finished atop Group B and sixth overall. They beat Denmark, Hungary and Germany in preliminary round games, with their only loss coming at the hands of the Czech Republic. Thanks to reseeding, they faced a tough USA team in the quarterfinals and were handily defeated 10-2. They squeaked out a win over the Czech Republic in the placement game, then fell to ROC in the fifth-place match.

Yuji Iizuka continues his tenure as Japan's national team coach, a position he’s served in since 2007. Over the years, he's helped the team to four World Championships appearances, several Olympic qualifiers and multiple Asian Winter Games. This will be his third Olympic appearance.

Many of Japan's top players from the 2018 Olympics are returning, including their top scorers in Shiori Koike, Rui Ukita and Hanae Kubo.

Nana Fujimoto is back as the #1 goaltender, having played seven games at Worlds, where she put up a 2.62 GAA. In 2018, Fujimoto appeared in four games and recorded a 1.78 GAA. Akana Konishi saw limited action in Pyeongchang (one game) but will be a decent backup. With that said, it'll be interesting to watch the eight newcomers making their Olympic debuts, too.

With a nice mix of newcomers and returnees, this Japanese team already has good chemistry thanks to many players already skating together in their regular seasons. Eight players come from DK Peregrine, while another seven come from the Seibu Princess Rabbits.

One player I'll be keeping an eye on is forward Hanae Kubo. At 39, she is the oldest player participating in women's hockey at Beijing. This will be her third Olympic games and part of a long international career that's included six World Championships, too. In three previous Olympics, she's appeared in ten games and put up six points.

Japan prequalified for the Olympics before Worlds, which gave them an opportunity to use the tournament to tweak their roster and see what was the best fit heading into Beijing. With a few players from that roster gone, and a few new ones added, this should be a good squad in Group B action.

Unfortunately, at this point, Japan's women's hockey program may not be strong enough to really compete with the Group A teams. I imagine they'll see much success in preliminary round play, especially with a strong performance from Fujimoto, but will be no match for the offensive powerhouses of teams like Canada, the United States, and Finland during the elimination rounds.