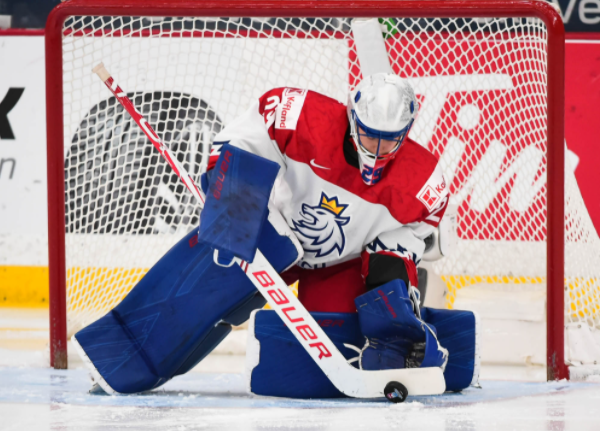 The Czech Republic did not qualify for the 2018 Winter Olympics. They were ranked ninth in the world following the 2016 Worlds, and lost out to Switzerland in the qualification round. In fact, 2022 is the first-ever time the Czech Republic national team has qualified for the Olympics in women's ice hockey.

The Czech Republic swept their four preliminary round games, allowing just three goals total in games against Denmark, Hungary, Japan and Germany. Klára Peslarová recorded two shutouts. The team then narrowly lost to Finland 1-0 in the quarterfinals before beating Japan in the placement game to finish the tournament in seventh place.

Tomáš Pacina prepares to lead the team to its first Olympics in just his second season with the national team. Pacina has a lengthy history as both a head coach and skills coach at numerous levels of men's and women's hockey. He previously coached with the NWHL/WWHL's Calgary Oval X-Treme and the CWHL's Calgary Inferno. Pacina was named head coach of the Czech team in 2020.

This is a huge opportunity for this Czech Republic team: it's their first-ever time at the Olympics! (The boost from eight teams to ten helps them in this, too.) Their strong performance at Worlds shows that they're right up there with the rest of the teams, and they only barely lost to Finland or their tournament could've gone farther. This is, of course, every player's first Olympic appearance, so it'll undoubtedly be an incredible experience for them on the world's biggest stage.

Klára Peslarová is the player to watch in net. She played in all six games at Worlds (and was the only goalie to play for the Czechs), and had a 1.17 GAA. By that measure, she was the third-best netminder in the tournament behind only USA's Nicole Hensley and Germany's Jennifer Harß. Peslarová was also one of four goaltenders to record two shutouts at Worlds.

The other player to watch: captain Alena Mills. At 31, she's the oldest player on her team's roster but should do a wonderful job of leading them into Beijing. Mills was sixth in scoring at Worlds, with seven points (5G, 2A) in six games. She's been a huge part of the Czech team's international history, dating back to their first-ever top-level Worlds debut in 2013, and it's neat to see her finally reach this level. This season, the Brown alum is skating with HPK in Finland after six years in the ZhHL.

It's tricky to predict how they'll fare on such a prominent stage. Their performance at Worlds was impressive, and if they can build off that momentum and the excitement of entering their first Olympics, they should perform well in group play against teams like Denmark and China. The true test will be once they hit the quarterfinals and beyond (if possible). The good news is, they were the second-highest scoring team at Worlds, so the offense is right there, and with Peslarová, so is the goaltending. They'll just need to come out strong in prelims and keep it going beyond that when they have tougher opponents.