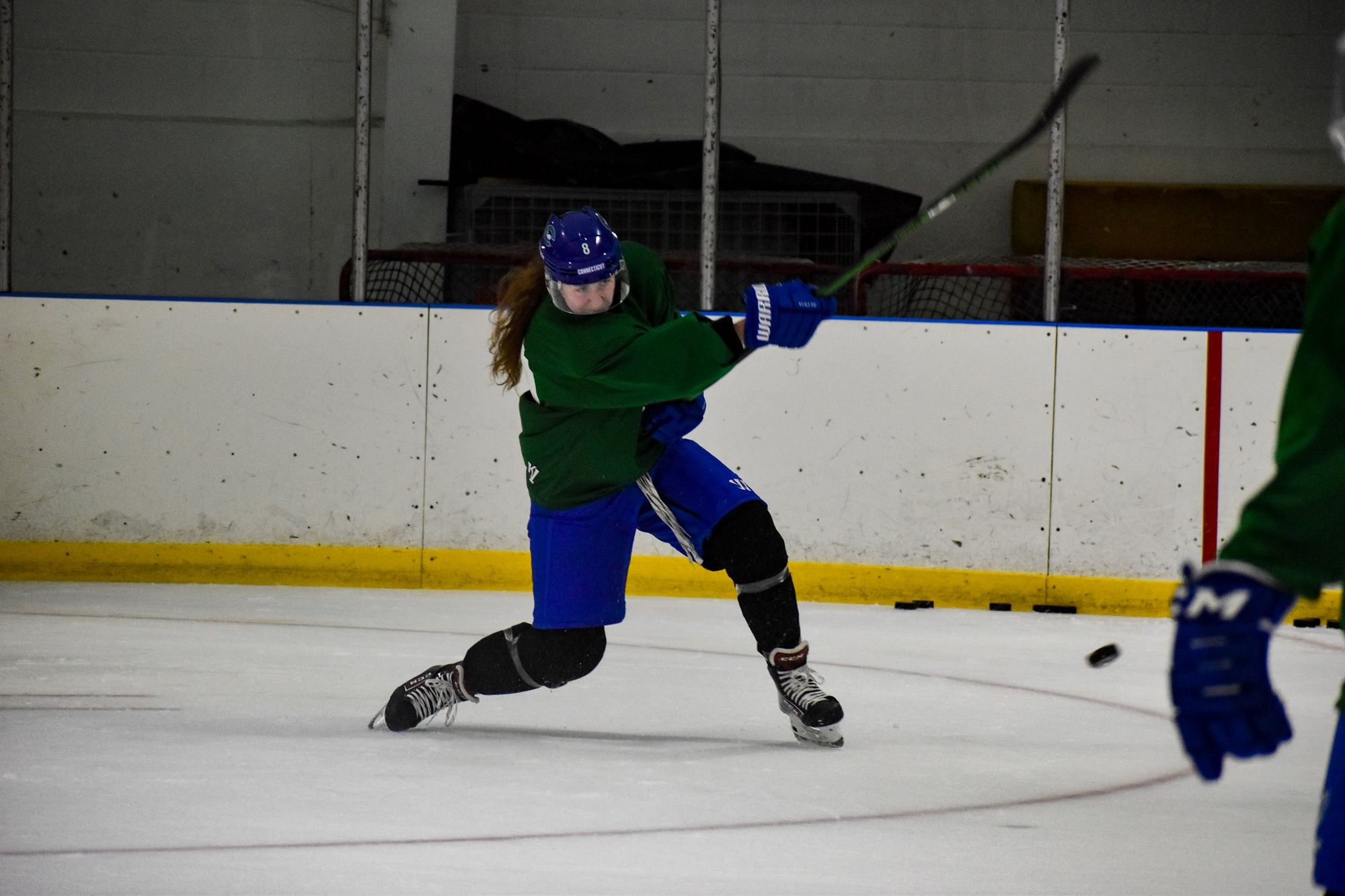 It's still very, very early in the season, but this year's iteration of the Connecticut Whale could just be the best version of the franchise we've ever seen. Through four games, the Whale are second in the Premier Hockey Federation. They sit just one point behind the defending Isobel Cup Champion Boston Pride after splitting this past weekend's series with them.

The Whale actually came very close to sweeping the weekend, narrowly missing the win on Saturday thanks to late heroics and an overtime win for the Pride.

Saturday's game began on a good footing for both teams, but the Pride scored twice in a span of 1:20 to take a quick 2-0 lead. A long pass down the ice from Amanda Boulier found Meghara McManus, who sniped the puck over a defenseless Abbie Ives. Shortly after, Christina Putigna carred the puck into the zone, put it in front and set up Taylor Wenczkowski to shove it into the net.

To their credit, the Whale had a strong middle frame, scoring twice in under three minutes and adding another goal later in the period to take the lead. They also limited Boston's chances, allowing them only four shots on goal.

Emily Fluke struck first for Connecticut, pouncing a rebound and capitalizing on a wide-open side of the net, shortly after a successful penalty kill by the Whale. Less than four minutes later, Kennedy Marchment tallied her first of the game. Boston goalie Katie Burt misplayed the puck, and Marchment was on the doorstep to take advantage of the miscue.

Marchment then gave Connecticut the lead on a power-play goal later in the second. After she sent a drop pass back to Amanda Conway, Marchment headed for the net, where she was able to deflect in the resulting shot and snag her second goal of the game and of the season.

The Whale held strong through most of the third period, but Boston pushed hard  as you knew they would. Christina Putigna found herself in open space in front of the net with a loose puck, and she was able to tie the game with just 40 seconds left in regulation.

It would be Putigna, again, who would give Boston the victory with the game-winning tally 3:30 into overtime. She capitalized on a quick-moving puck coming across the front of the net from teammate Sammy Davis and gave the Pride the extra point.

The Whale wouldn't make the same mistake twice, as they held the Pride to just one goal in a 3-1 rematch on Sunday afternoon. The loss snapped a seven-game winning streak for the Pride over two seasons, dating back to January 31.

Fluke, Emma Vlasic and Alyssa Wohlfeiler all scored for the Whale. Connecticut held Boston to just four shots in the opening period, and Fluke gave her team the lead when she capitalized on a huge rebound in front.

Connecticut would cling to that one-goal lead for over 30 minutes of game action, until Vlasic doubled the score early in the third period. Again, it was a rebound that led to the goal, as Whale players kept fighting for the puck and eventually were able to force it into the net. Minutes later, Wohlfeiler released a shot from the slot and gave Connecticut a three-goal lead on the power play.

Boston's lone goal came from Kayla Friesen with under five minutes to play.

With the weekend's performance, Wohlfeiler, Vlasic, and Marchment are all tied for the PHF lead in points (5) while Wohlfeiler has the solo lead in goals (4).