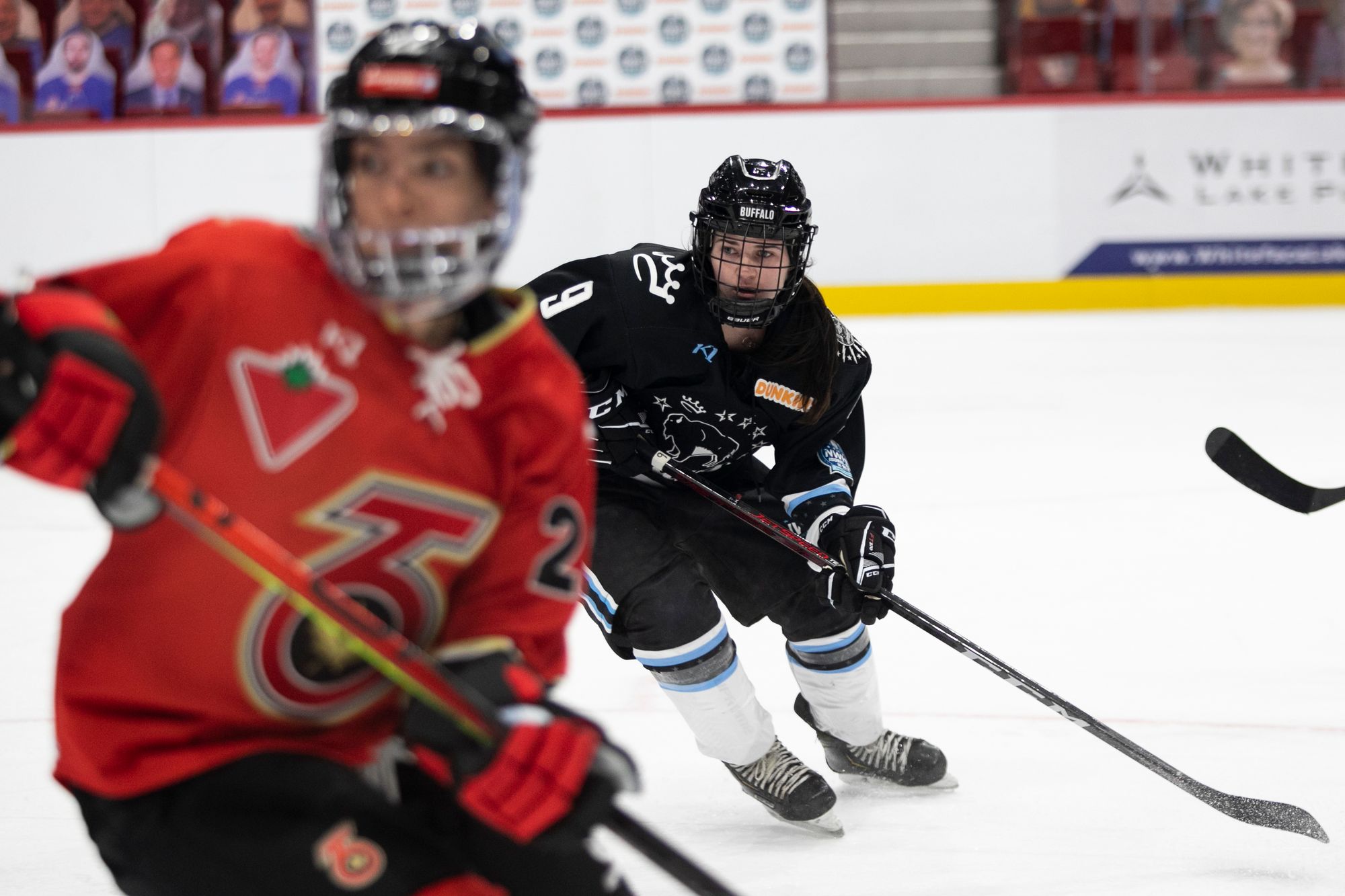 The PHF's cross-border rivalry between the Buffalo Beauts and Toronto Six gets its first home-ice opportunity this weekend as the teams meet for one game on Saturday night. (The second half of their Buffalo-based series comes in January, in an outdoor game at Buffalo Riverworks).

The 7:00 PM game will be broadcast on ESPN+/Hulu in the United States and on ESPN International.

The Beauts struggled mightily in Lake Placid; any success they had was due almost completely to the goaltending of Carly Jackson, who was stellar in net as a rookie. They scored just seven goals in six games and were outscored 13-1 in their final two games, both against Boston.

With so many new pieces, it's hard to know just what to expect from the Beauts this season. After a pretty dreadful showing in Lake Placid, they're obviously hoping for a brighter start and progress over the course of the season. Although they do have many new players, they've clearly been focused on team-building and camaraderie both on- and off-ice heading into the new year under new head coach Rhea Coad.

Adding players like Orlando, Klienbach, and Suokko can provide a significant boost to a Beauts team that's a mix of veterans and rookies. Their goaltending situation is also something to watch. Carly Jackson certainly earned her keep last year in Lake Placid and is more than deserving of the starter spot, but Lovisa Berndtsson is an incredible talent coming off several strong years in the SDHL. Last year, in 22 games, she recorded a 1.96 GAA and .903 save percentage.

The Beauts will need to stay disciplined & continue to build together as a team, with so many moving parts, as they hope to return to the franchise's glory days. (After making it to the Isobel Cup Final for each of the first four seasons in the NWHL, they've missed the final two consecutive years, didn't even make the playoffs last year, and lost in a play-in game in 2020.)

Toronto was the team to beat in Lake Placid. They were on an absolute roll, winning four games and solidifying a spot at the top of the league standings. They made it to the semifinals but hit a brick wall in a strong Boston Pride team, ending their first quest for the Isobel Cup.

Last season was such an odd one; it's almost like this is the Six's first real chance to show everyone what they've got. A full season, an actual home rink, the PHF's sole Canadian-based team. The return of Mikyla Grant-Mentis and Lindsay Eastwood, the team's top offensive performers, is key, and maintaining their goaltending tandem of Ridgewell-Chuli (plus adding Hofmann) adds more stability to the federation's newest team.

With that said, the Six did lose a handful of players, and like the other teams in the federation, added a few newcomers. The addition of Saroya Tinker from the Riveters is a fantastic move; she'll be a mainstay on the blueline.

The other major difference, of course, between this season's iteration of the Six and its inaugural season is behind the bench. Mark Joslin has taken the helm as head coach, after previously serving in GM and coaching roles in junior A boys' hockey since 2005. The esteemed Angela James, a pioneer in women's hockey, will serve as assistant coach, bringing a wealth of knowledge and experience to the young team. Between those two, the Six should be well-positioned to once again rise to the top of the PHF.