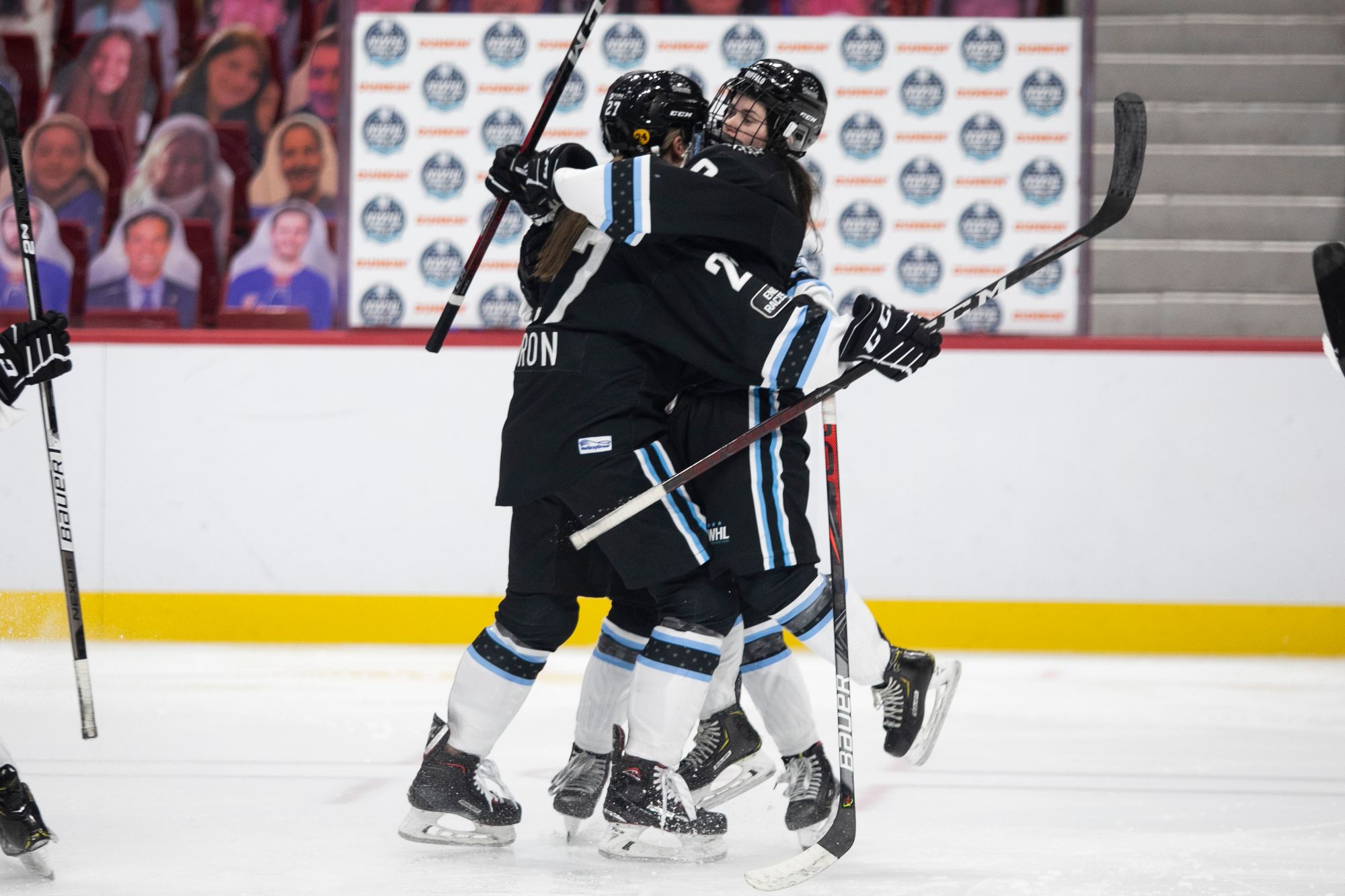 With about seven weeks until the 2021-22 season opens, the Premier Hockey Federation (PHF) recently announced its COVID-19 protocols, a new medical partner, and several player signings. A number of preseason games for teams have been announced, mostly by their collegiate opponents.

The PHF is requiring full vaccination against COVID-19 for players, coaches, officials, and staff. Medical and religious exemptions will be considered by Commissioner Ty Tumminia on an individual basis. Aside from the vaccination requirement, the federation has plans for regular testing and protocols for mask-wearing, bus and air travel and the like.

Upon being informed of the protocols, players had until September 10 to opt-out of the season. If a player chose to opt out because of the vaccination policy, they will not be paid. At this point, we don’t know how many players opted out, but it is possible that teams could make additional signings to replace any who have.

All players – along with anyone else in the "high-risk" group, which includes coaches, will undergo weekly PCR testing, paid for by the teams. Non-vaccinated individuals who receive an exemption will be tested three times per week, with each test separated by at least 48 hours.

Temperature checks and health surveys will be in place, and masks will be required where social distancing cannot be maintained – except on-ice or while participating in strenuous/high-intensity training. Each team has a Compliance Officer – typically their athletic trainer – who will be responsible for enforcing league protocols, retaining records, and contract tracing as needed.

Close contact with the general public will not be allowed, so the popular postgame autograph lines are out of the question. Players may still make public appearances in the community but will be required to follow guidelines regarding mask wearing and social distancing.

These protocols were produced in consultation with the Cleveland Clinic, who has also announced a relationship with the PHF for the next two seasons. In addition, the Clinic will work on developing policies for fans attending games and advise on a youth wellness program to encourage healthy lifestyles.

More detailed information about the PHF’s full protocols can be found on the PHF website.

The Boston Pride have made a surprise addition, complementing their already deep team with the signing of defender Amanda Boulier. The 28-year-old Watertown, Connecticut native spent the last three seasons with the Minnesota Whitecaps. She also played for the Connecticut Whale in 2017-18.

Brooke Boquist and Sarah Steele return to the Toronto Six, while draft pick Taylor Davison also signed with the team. Boquist recorded four points in as many games in Lake Placid last season, while Steele potted a pair of assists from the blueline.

Defender Taylor Marchin has re-signed with the Connecticut Whale for her fourth season, while Tatiana Shatalova and fifth-overall draft pick Romana Košecká have signed with the Metropolitan Riveters.

As of writing, there have still not been any player signings announced for the Minnesota Whitecaps.

So far, we know about a few preseason games for PHF teams ahead of the regular season opening on November 2. The Pride will face the Providence Friars on October 1, while the Whale square off with Yale on October 15. The Riveters visit Princeton on October 16, and the Beauts travel to Adrian College in Michigan on October 23.

Safe to assume we'll see at least one preseason game for the Six and Whitecaps, too.