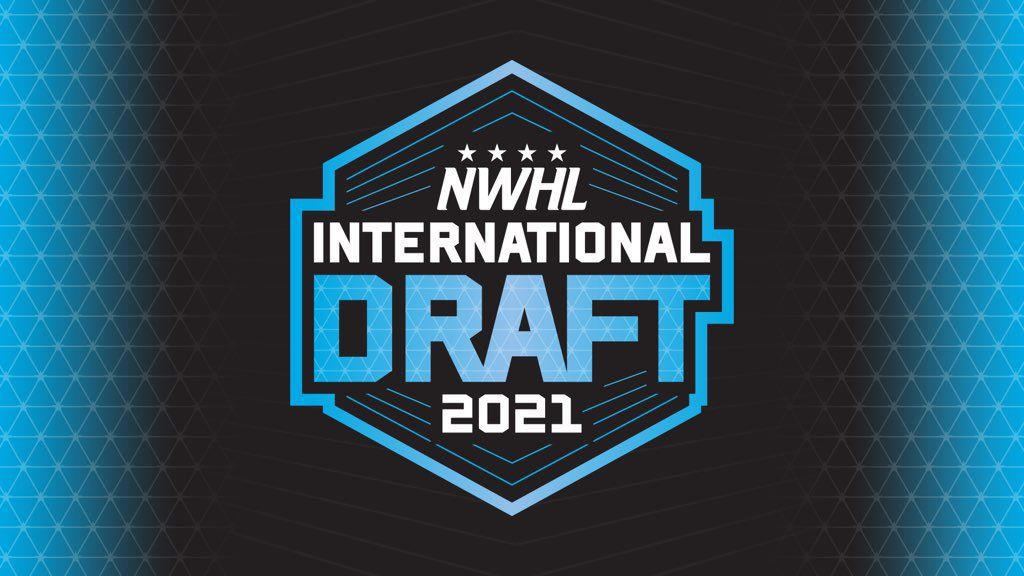 The National Women's Hockey League continues its offseason with numerous player signings, its first international draft, and several front office moves. In case you've missed anything over the last few weeks, let's take a look at what's happened in the league.

The NWHL held its first international draft in late July, where six players were selected, one by each team in the league. Five forwards and one netminder were picked, representing five different countries. Other international players who weren't selected are now free agents and can sign with any team of their choice.

Goaltender Lovisa Berndtsson has already signed with the Buffalo Beauts, who selected her with their pick. The 32-year-old has spent the last five seasons in the SDHL; last season, she put up a 1.96 GAA and .903 save percentage in 22 games with Djurgårdens IF.

The Connecticut Whale selected Japan's Tsubasa Sato. The 28-year-old put up nine points in seven games last season with the Karuizawa Fairies. There honestly isn't a whole lot of easily-accessible information about her play on the Internet, but she was part of a reality TV series a few years back. Check out this interview with her.

Switzerland's Evelina Raselli was picked by the Boston Pride. Raselli, 29, has split much of the last few seasons between SC Reinach Damen and Ladies Team Lugano, which she captained in 2016-17. She recorded 33 points (14G, 19A) in 20 regular season games and added 10 points in eight playoff games.

To little surprise, the Metropolitan Riveters used their pick on Romana Košecká, who appeared at their free agent camp earlier this summer. The 22-year-old split this season between Skellefteå AIK and SKP Bratislava. She previously represented Slovakia at the World Championships (Division I).

Finally, with the final selection, the Minnesota Whitecaps drafted Fanni Gasparics. Gasparics, 26, is also a Budapest native who has spent the last two seasons with MAC Budapest (EWHL). This season, she recorded 29 points (17-12) in 16 games and also represented Hungary in nine games. On June 2, her team overseas announced that she was returning next season.

Some teams have continued to announce player signings, with a 20-player minimum roster and 25-player maximum.

To date, the Beauts have announced 20 players who have signed contracts for the 2021-22 season. The Whale have 11 players announced, while the Six have 10. The Riveters have announced eight players for next season.

As of writing, neither the Pride nor the Whitecaps have announced any player signings, though it seems highly unlikely that they each don't have at least a few.

The Six have signed two of their draft picks in Maegan Beres and Leah Marino and re-signed Emma Woods and Lindsay Eastwood. Elsewhere, the Connecticut Whale have added Cailey Hutchison (previously of the Riveters), re-signed Mariah Fujimagari and signed draft picks Taylor Girard and Emma Polaski.

The season is not slated to begin until November, with camps and preseason and exhibition games taking place the month prior. Teams still have plenty of time to sign players and make those announcements.

The league recently announced the appointments of Bill Flanagan and Ken Dufton to lead their scouting department.

Flanagan, who previously worked with the PWHPA, is an incredibly problematic and strange hire for the NWHL. He's spoken out on social media in support of cancelling lockdowns around the pandemic, downplayed COVID-19, and supported Barstool during their attacks on league players and personnel.

Dufton has previous experience with the CWHL (Toronto Furies) and Canadian national team. He currently serves as an assistant coach at Ryerson and will act as the NWHL's Director of Scouting in Canada, while Flanagan will be his counterpart in the United States.

NWHL alum Kelly Nash was named associate head coach and the head scout for the Riveters, while the Beauts named former RIT standout Shane Madolora as their goaltending coach.