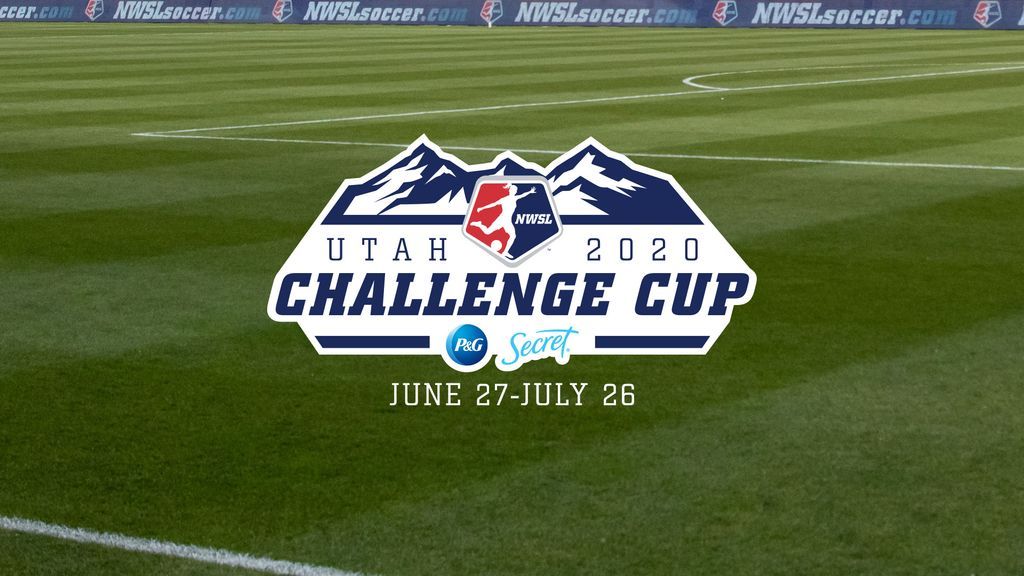 After weeks of rumors and hint-filled reporting, the National Women's Soccer League has announced its plan to return to action. The 2020 Challenge Cup is set to take place in the greater Salt Lake City area, running from June 27 to July 26. With the release, the NWSL became one of the first major leagues to share its timeline to begin play after the novel coronavirus forced sports around the world into a shutdown.

While there are a number of legitimate logistical concerns about the tournament's format – teams will be competing in multiple matches with only three or four days for rest in between and all games through the quarterfinal be played on Zions Bank Stadium's turf field – there are many reasons to be cautiously optimistic.

"I truly believe we are doing this the right way," Portland Thorns FC defender and NWSL Players Association treasurer Emily Menges said. "Obviously, it's not perfect, and nothing's going to look perfect in the world for a year or two. I think the league has done an amazing job on prioritizing what they have to prioritize, listening to the players, listening to the ownership."

From an ownership perspective, the NWSL is a business.  And if you own a business in a capitalist society, the general goal is to make money. With that in mind, the press release headline "NWSL Announces 2020 Challenge Cup Presented by P&G and Secret" – featuring a company with a known interest in investing in sports – accompanied by news of a multi-year league partnership with Verizon seems like a very good thing, especially if the NWSL is not counting on ticket sales for revenue. On top of that, Alex Vejar reported for The Salt Lake Tribune that Utah Royals FC owner Dell Loy Hansen is contributing $700,000 to help fund the championship. Between new sponsors, Budweiser's continued investment and promotion of the NWSL, Hansen's subsidy, and any local deals that teams are able to bring in, the league is probably as financially well-positioned as one could hope – given the circumstances, of course. And its broadcast deal with CBS Sports and Twitch doesn't hurt either.

On the other side, the player perspective focuses on the safety and security of the tournament's participants. For a league that has historically struggled with transparency, both when it came to public knowledge and in communications with the players themselves, the news seems especially positive here. Menges praised the league for actively integrating player voices into the decision-making process. She pointed to the fact that at least one of the two NWSLPA executive directors (Brooke Elby and Yael Averbuch) was present in every league call.

Through this, the NWSLPA was able to secure "salary, housing, and benefits" for all NWSL players, regardless of whether or not they choose to participate in the tournament. Players are also guaranteed health insurance for 2020, support for those with children, and "[i]nput on tournament procedures and structure to ensure player safety and well-being." As reported by Meg Linehan, contract assurances were considered "non-negotiables" by Averbuch and the NWSLPA.

On top of conversations between the league and the NWSLPA, all players were invited to join a Zoom call with NWSL commissioner Lisa Baird. "We could type in whatever questions we wanted," Menges described, "and she sat with the entire league and answered every question that we had, which was amazing."

Through this process, the NWSL was able to address player concerns about safety and logistics. "This is really the most impressed I've ever been with this league on all of the steps they've taken," said Menges. "They've gone through every single possible situation and every caution, and they've given all players a chance to answer every question that we have."

Beyond the contract guarantees negotiated by the NWSLPA, most players will be given a full five-week preseason and will reside in an enclosed, "village"-like community upon their arrival to Utah. Teams are allowed a maximum of 28 players (24 under regular contract, plus four supplemental players that do not count against club salary caps), and a minimum of 22 (18, plus four supplemental). Rosters are to be submitted by June 21. In 2019, teams were allowed up to 22 regular contract players, plus four supplemental. The increased roster size will likely be accompanied by a temporary, FIFA-approved rule allowing five substitutions per game. This structure will allow for more player rest and rotation, hopefully reducing the chances of injury during a condensed play schedule.

According to the NWSL's new Medical Task Force, testing for COVID-19 will be regular, and protocols for any positive results are in place. (Hansen said yesterday that these tests will not take away resources from Utahns, including BIPOC who have struggled to access testing during the pandemic due to systemic barriers.) The regular coronavirus screenings and the bubble-like environment that players will be contained to should at least minimize the chance of an outbreak. "From the very start, it's been all focused around health and safety," Menges said, "and that's what it was gonna take for the most people to feel comfortable."

Despite this, a number of individuals around the league still have concerns about competing during a pandemic. "It's very based on individual preference," Menges said of the players who will inevitably choose not to participate. She emphasized that, despite her own buy-in, she and the NWSLPA advocated for players to have a choice to opt out of the tournament.

Menges tied this player autonomy back to the importance of guaranteed salaries. The pay guarantee ensures individuals will not be pressured into participation for financial reasons. "We wanted it to be very clear that even the players who opt out of this would still get paid," she explained, "because they're not opting out because they're lazy. They're opting out because this could be a health and safety issue for them personally. They shouldn't get penalized for that."

Unfortunately, even with safety protocols in place and the majority of players bought in, we can't definitively tell if the NWSL's Challenge Cup is the right decision. Despite the ample precautions, I'm still worried it's too soon to return to sports, even without fans. Additionally, even if the test kits provided to NWSL players don't directly take away from resources local to Utah, the limited testing availability across the United States is still a concern, especially when many individuals have been denied testing even when they are experiencing symptoms. Proactive testing is the ideal, but there is certainly a material and optical concern that athletes are deemed to be deserving of it when the rest of us are not.

And while it does seem like the league is doing what it can under the circumstances – and while the transparency and communication we've seen in this process is incredibly promising – we won't know if this plan will lead to yet another coronavirus outbreak until it does or it doesn't.