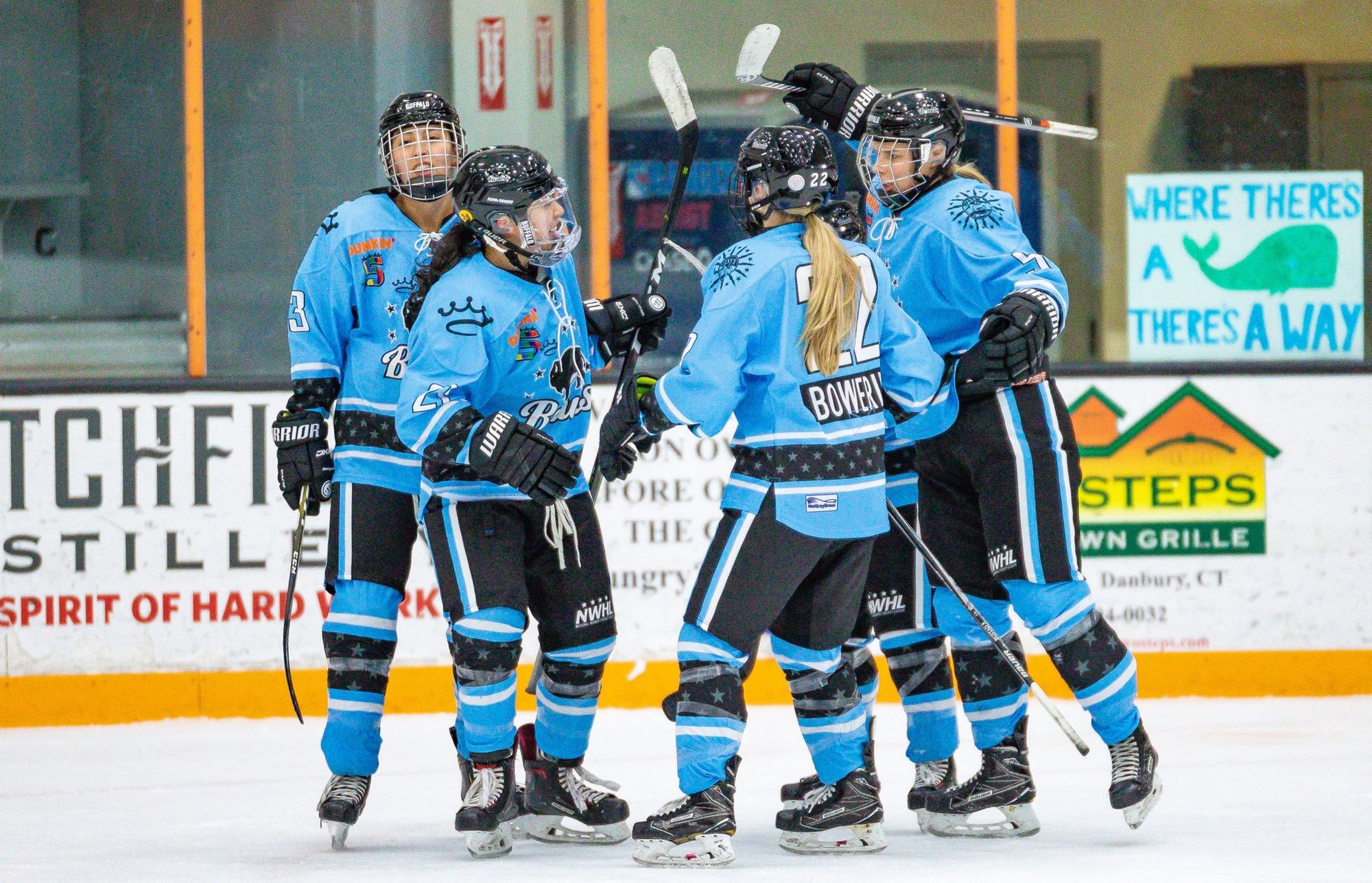 The NWHL returned to action after several weeks' break. The Buffalo Beauts split their weekend, falling to the undefeated Boston Pride before besting the league-worst Connecticut Whale. The Minnesota Whitecaps and Metropolitan Riveters remained inactive this past weekend.

As I said in my segment on local radio WBFO last week, the Beauts knew that the Pride would provide a challenge heading into the weekend. Although both teams were coming out of the break, Boston has shown no signs of slowing down and dominated in Saturday's 6-1 win.

Mary Parker opened the scoring in a dominant first period for her team. Although Mariah Fujimagari made the initial shot on Parker's shot, she gave up a big rebound and left half of the net empty for an easy goal.

As the game went on, the Beauts continued to give Boston too much space. Lexie Laing doubled her team's lead by getting around three Buffalo players, sweeping in on the right side and putting the puck top shelf over Fujimagari.

McKenna Brand, the league's leading scorer, scored twice in just 13 seconds near the end of the middle frame to squash any building energy that Buffalo had going for them. Brand's first goal came off a big rebound from a shot by Jillian Dempsey. Her second came from the top of the faceoff circle to the goaltender's left side.

The Beauts finally got on the board with a goal from Sara Bustad, who tipped in a rebound with a crowd in front of the net. Although Buffalo then had some good chances early on in the third period, Boston continued to dominate in zone time and possession.

Parker scored her second goal off a deflection to make it 5-1 before Tori Sullivan banked in a shot off the goaltender later in the game. Boston outshot Buffalo 42-19, and Lovisa Selander continued her hot streak in net with her eighth consecutive win. Selander is the best goaltender in the league, with a 1.76 GAA and .949 save percentage.

It was a short turnaround for the Beauts, as they traveled to Connecticut for a 12:30 pm faceoff Sunday following Saturday night's loss in Boston. The Whale proved to be a much less formidable opponent – as evidenced by their last-place standings – and Buffalo was able to capture a 3-1 victory.

Still, the Beauts struggled early. Kelsey Neumann, playing in her first full NWHL game, gave up some big rebounds, and Buffalo continues to struggle to provide support for their goaltenders. Despite that, Taylor Accursi managed to finally give her team a lead early in the second period, shooting the puck top shelf over Sonjia Shelly.

Accursi's goal held up for more than 33 minutes of game action before Erin Gehen doubled the lead. Both teams had several good chances in the minutes prior, including Connecticut's Sarah Schwenzfeier, Gehen, and Accursi. Finally, Gehen was able to capitalize on a rebound that came out in front of the net following a shot from Brooke Stacey, and it was 2-0 Buffalo.

Just a few minutes later, the Whale got on the board. Kayla Meneghin shoved the puck in amidst a crowd of traffic in the crease and in front of the net. It wasn't enough, however, as Kim Brown potted an empty-netter in the final minutes of the game to seal the victory.

Once again, the Beauts were badly outshot, allowing 42 shots against and managing 26 of their own. That includes being outshot 13-4 in the first period.

The weekend split allowed the Beauts, at least for now, to move up to second place in the league.

This coming weekend features three games in NWHL action. The Whale and Pride will face off in Boston on Saturday night at 6:30 PM Eastern. The Beauts and Whitecaps' series in Buffalo will see puck drops at 7:30 PM Saturday and 1:00 PM Eastern Sunday.