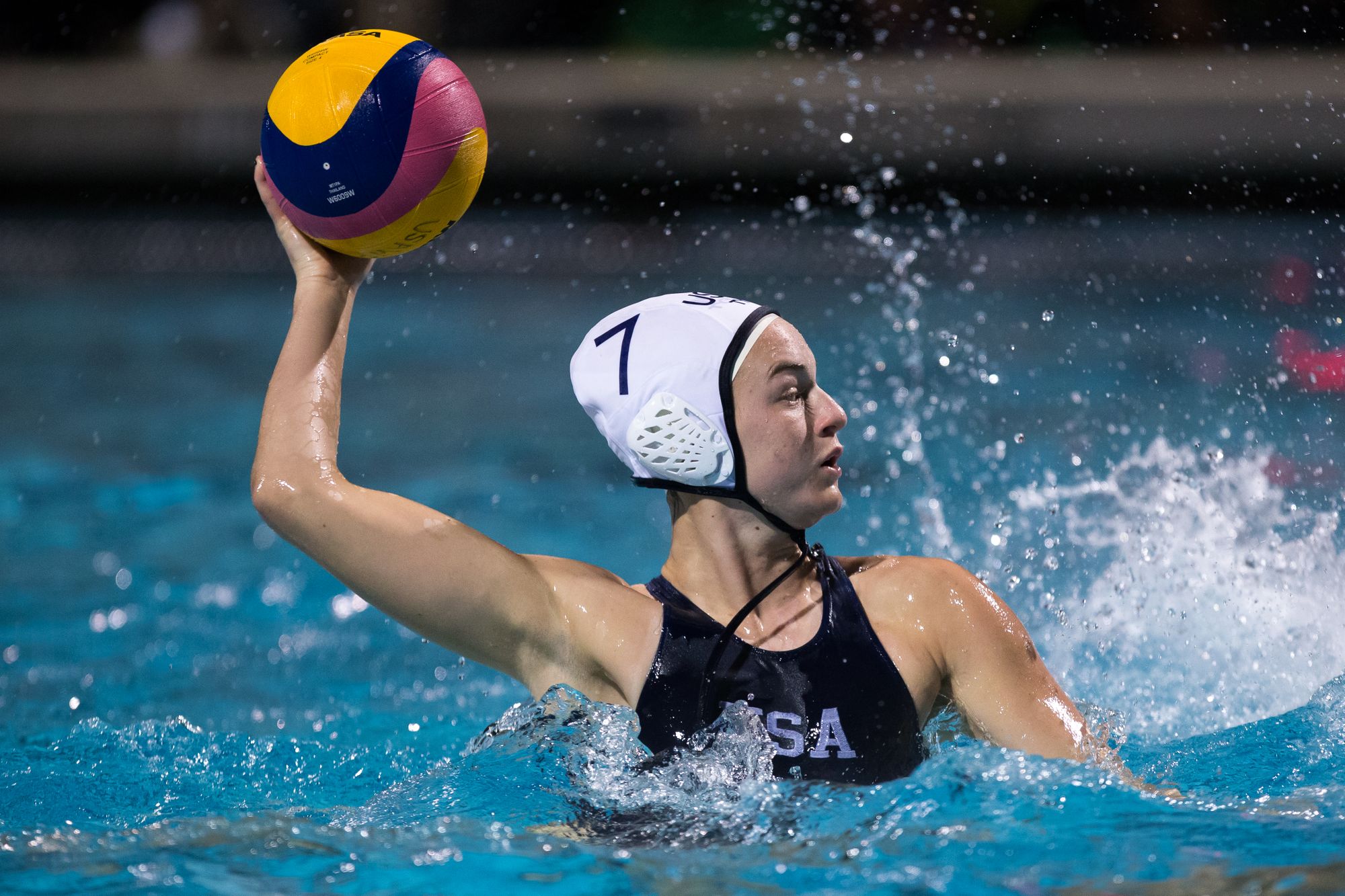 It's impossible to overstate how impressive the US women's water polo team has been for the better part of the last decade. Team USA has two straight Olympic gold medals, and ever since the 2016 Rio Games they've won three straight world championships, and are 28-0 since the start of 2019.

If you're looking for a new sport to learn more about before the Tokyo Olympics, water polo is a good choice.

Raney, a defender, played water polo at Stanford, where she graduated in 2018 as a two-time national champion and four-time All-American. She joined the United States senior national team in 2017, and played professionally in Greece last year.

I spoke with Raney last week about what fans should know about the game of water polo and her team as they prepare for the 2020 Games.

How would you describe water polo to someone who has never watched before?

It's kind of a cross between swimming in the rapids and professional wrestling, mixed with basketball. It's kind of confusing, but I would say it's the closest to basketball because there's a center, kind of like Shaquille O'Neal, and you try to get the ball into the center because they have the best opportunity to score in front of the goal. So the main purpose is to score, obviously, and beat the opponent with more goals. That's the easiest way to explain it I think.

The professional wrestling part – it's a pretty physical sport, right?

Yeah, it's extremely physical. And also it kind of depends on your position but it's more of that than not very physical.

What is something about the sport that you think most people don't realize, or what is the most difficult aspect of it?

Most people don't realize that we don't touch the bottom. A lot of people ask me, 'Oh, you're able to touch the bottom right?' and I'm like, no. You have to tread water for 32 minutes in a game. You can't, like, go under water and jump up. You have to be able to hold yourself up for however many minutes that we're in.

How long does it take you build up the stamina and the leg strength to be able to do that?

We practice about six hours a day, five days a week. And then once we get closer to the Olympics we'll do six days a week. So it takes an incredible amount of endurance, but that's also at the highest level. When you go down to like college level or the club level, other things like that, it requires less. But at the level that we're at it requires a lot of conditioning and repetition, lots of practice.

For us, we lift weights four times a week, which is the bulk of our strength training, and we do a lot of in the water stuff like swimming, swim sets... drills to simulate a game situation, or we'll do leg sets, stuff like that. Just doing things when you're tired helps mimic a game situation for you to be able to learn how to finish a shot or finish a defensive possession when you're exhausted.

How did you get into water polo?

My dad played water polo at Pomona College way back in the day, and then my mom swam at UCLA. Originally I loved soccer, I wanted to be a soccer player and [I've] actually got some feet problems so I couldn't really run that well. So my dad was like, "You should play water polo." And I was very reluctant but I had some great coaches. I had Moriah van Norman, who was an Olympian in 2008, and then Natalie Golda, who was also on the 2008 team, was my second coach, so I had some high caliber Olympian coaches to start my water polo career which was a great start. I started officially playing water polo when I was about 13.

What's the biggest difference between playing collegiately and playing for the national team?

There are a lot of differences. Stanford specifically, it's a lot less swimming and our coaches really liked to be very efficient with our team. Not saying USA water polo isn't efficient, but it's a little different because in NCAA sports there's a 20 hour limit for practice time, and in USA water polo we don't have any limits. So in college you had to be very efficient with your time and make sure you were doing all the things you wanted to get done. But I would say swimming is the biggest difference. We never really swam at Stanford, but there's a lot more conditioning and swim sets and strength training than I did in college. That's probably the biggest difference.

You said you guys practice five days a week. How long have you all been doing that? Like, is it nonstop between each Olympics?

No – so the way it works is the first three years after the Olympics we get together in the summers which is where most of the tournaments are and then the year before the Olympics we'll train full time together until whenever Olympics it is.

The USA team is the best team is the world. You all have won so much in the last few years. What do you feel makes you all work so well together and makes you so successful?

That's hard. Definitely our training. It's the hardest stuff I've ever done and it definitely makes you more confident in yourself when you get into game situations. You know you put in the work to get yourself there. And also we spend 99 percent of our time together. When we're not training together we're hanging out. So I feel like we bond a lot so we're a super close-knit team. A lot of us went to college together so we've known each other for a long time. It's just a really tight-knit group, we've all gone through a lot together. I think the training as well as the bonding aspect definitely probably makes us the best team, for sure.

What is something you would want people to know about your team heading into the Olympics next year?

I guess just watch us. Because not a lot of people know about water polo and how successful we are. Everyone knows about [the US Women's National Soccer Team] and how great they are but I think we have the better winning record and I think we might have more medals than they do. So putting in the effort to watch our games and try to learn our game, because it's really a beautiful sport once you get to know the rules and how difficult it is to play. I feel like people would have a lot more admiration and desire to watch us if they knew.

The US women's water polo team will play in the 2019 Canada Cup on December 10-13 in Montreal, and the 2019 Holiday Cup in Princeton, New Jersey on December 16-21. Water Polo Canada and USA Water Polo will announce streaming and broadcast information. Admission to both events is free.