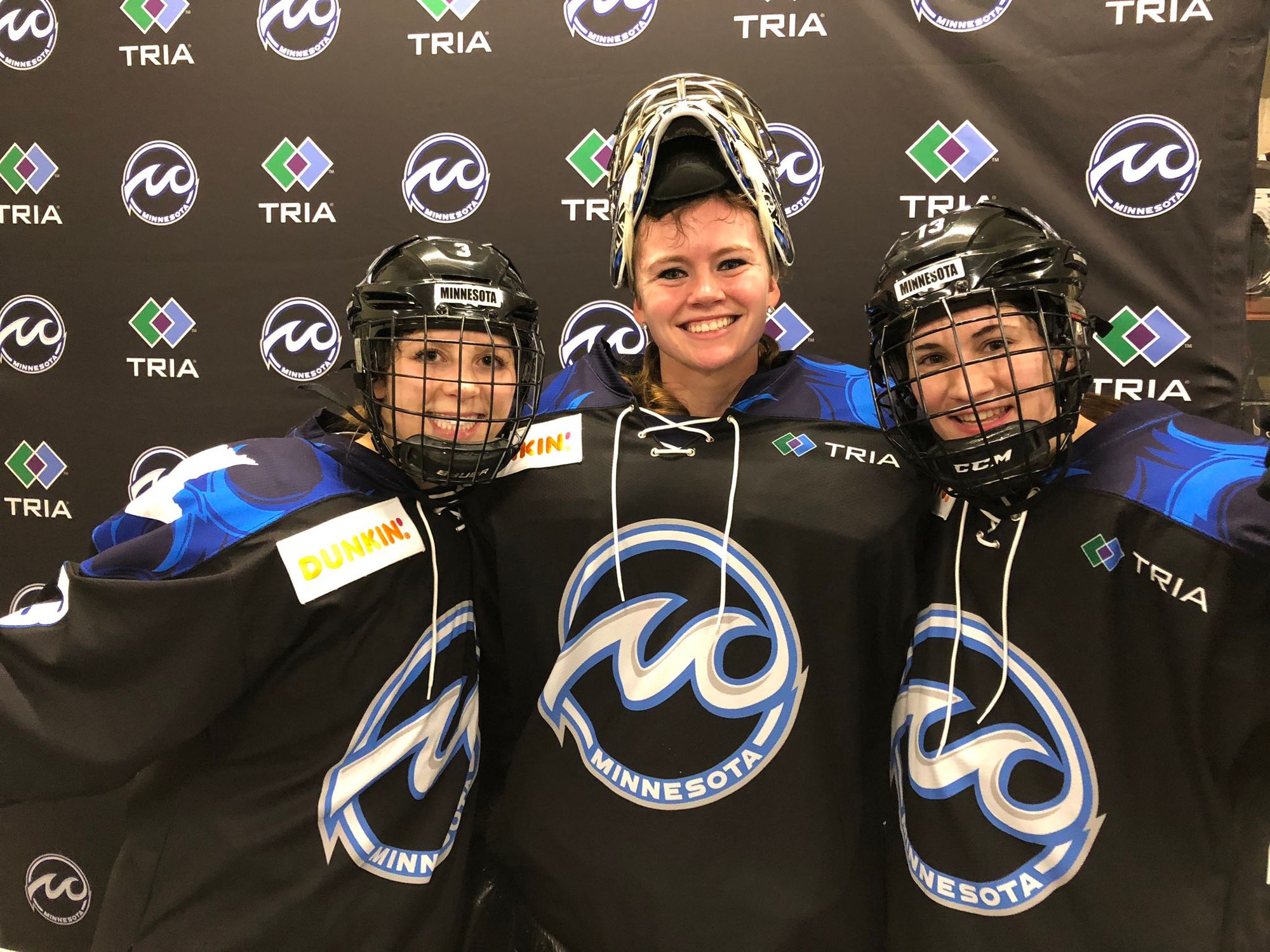 The lone action in the NWHL this weekend saw the Connecticut Whale travel to Minnesota to face the Whitecaps for a pair of games. Sunday's Pride-Riveters game in New Jersey was postponed due to expected inclement weather, the league announced Saturday. The Beauts were inactive.

The Connecticut Whale left Minnesota without a point this weekend, as they were shutout in both games and fell by scores of 2-0 and 9-0, respectively. The biggest lost of the weekend for the Whale, however, may be Meeri Räisänen, who was injured in Sunday's game. Räisänen is reported to have a bruised calf and it's uncertain at this point if she'll miss any time.

On Saturday, the Whitecaps got their legs as the first period went on, but the game was scoreless more than halfway through. Allie Thunstrom, who had three shots on goal in the first period alone, got her team on the board. Thunstrom was wide open in the face-off circle to the side of the net and picked up a pass from teammate Brooke White-Lancette. Thunstrom capitalized on a quick shot as Räisänen came across the crease to make it 1-0.

Minnesota's second goal would come on their 32nd shot of the game, as Hannah Brandt picked up a centering pass from behind the net off the stick of Amy Menke. Brandt shot it in the slot to double the Whitecaps' lead. Minnesota was nearly tripling Connecticut in shots at that point, and they held strong for the win.

The teams rematched on Sunday, and the game started out much the same, but with Julie Friend making her starting debut for the Whitecaps. The game remained scoreless more than halfway through, despite several chances at both ends.

Amanda Boulier opened the scoring just over the halfway point. Minnesota was dominating play and cycling the puck to keep it in the zone, and Boulier took a shot from the blueline that made its way through a crowd and into the net.

Less than four minutes later, Kalli Funk made it 2-0, sneaking it in from behind the net. Funk picked up a pass from Thunstrom and got the puck to roll off Räisänen's pad, bounce off her back and in. The officials discussed the play and eventually ruled it a goal, for Funk's first professional tally.

With 1:27 to play in the second period, the tide of the game changed. Räisänen bent over to make a save, and Brandt was driving into the net and flew on top of her at full speed. Räisänen was helped off the ice by trainers, and Laura Brennan came in goal for the Whale.

The Whitecaps pounced on every opportunity in the third period, scoring seven unanswered goals in the final frame to take a decisive 9-0 victory. Jonna Curtis opened the barrage of scoring, picking up the puck along the boards and shooting it five-hole from the middle of the ice.

Katie McGovern then scored off a pass from Curtis just minutes later, shooting it through bodies in front of the net. Kate Schipper scored next, after the Whitecaps broke up some good Whale zone time. Schipper's goal came off a nice connection from Curtis to put it in the open side of the net.

Minnesota would go up 6-0 on a shorthanded goal before McGovern scored her second of the night off a slow-moving puck that came through Brennan's pads, finding McGovern's stick on the left side. Another even-strength goal was followed by Thunstrom's shorthanded tally with under a minute to play. Thunstrom picked up the puck off a bounce off the boards, used her speed through a one-on-one battle and made it a 9-0 final.

Julie Friend made 18 saves in her first NWHL shutout. Räisänen had 21 saves on 23 shots before she left the game; Brennan stopped 11 of 18 shots in relief.

The games were the final regular season home action for the Whitecaps. Sunday's win set an NWHL record for goals scored in a game, as well as for margin of victory.

With the losses this weekend, the Whale can no longer finish higher than fourth in league standings.

There's only one game this coming weekend, as the Boston Pride visit the Buffalo Beauts for a 1:30 PM Eastern puck drop on Saturday, January 26. It's also the Twitter Game of the Week.