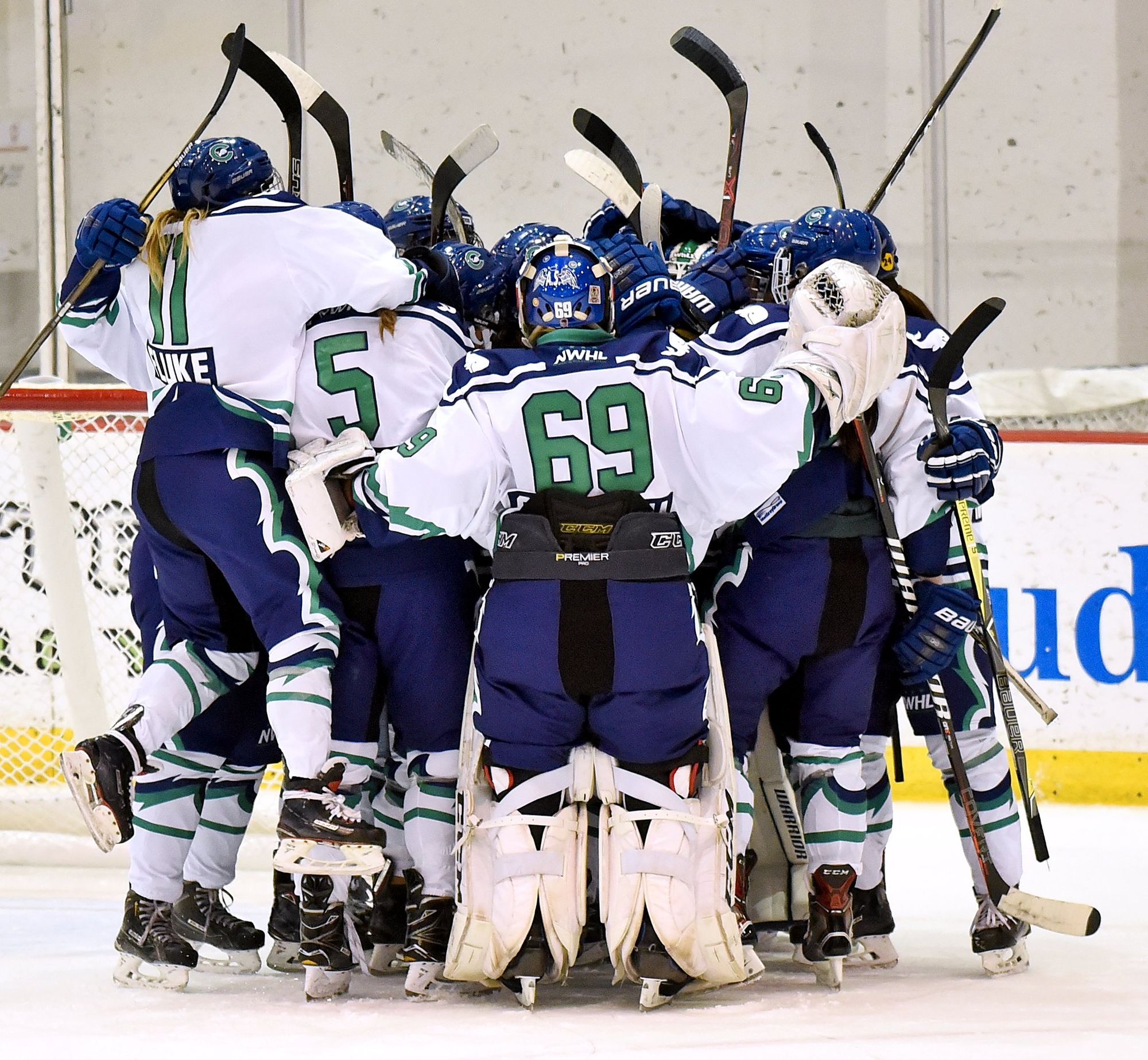 It was a quiet week in the National Women's Hockey League, with only one game on tap as the Connecticut Whale visited the Metropolitan Riveters for the second straight week. The Riveters came out on top in a shootout.

The Beauts, Pride, and Whitecaps were all inactive this week.

For the second straight week, the Whale visited the Riveters for a game. They'll also meet next weekend, with that game being held at the UPMC Lemieux Sports Complex in Cranberry, Pennsylvania.

The Riveters started off the game on the right foot, taking a 1-0 lead less than halfway through the opening period. Audra Richards, who also scored last weekend for Metropolitan, potted her fourth goal of the season, pouncing on a loose puck in the crease. A shot resulted in a big rebound off Meeri Räisänen's pad; the puck ended up back in the crease from a deflection, and Richards capitalized.

That lead didn't last long, however, as the Whale tied it just about ninety seconds later. Katerina Mrázová, who also scored last week, picked up a pass from teammate Emily Fluke to score on the power play. Amanda Kessel tried to check Mrázová in front of the net, but was unable to see or stop the pass from Fluke that led to the goal.

Kessel then had a huge chance later in the first period, with the puck on her stick in the crease and behind Räisänen – but she rang it off the post. She would also have another similar chance in the second period but was once again unable to finish it.

With 1:17 to play in the opening period, the Riveters took a 2-1 lead on another goal by Richards, who picked up a pass from Miye D'Oench and fired it between the face-off circles and into the net.

Connecticut once again tied the game, this time with 7:17 to play in the second. After a strong penalty kill and shorthanded chance, the Whale got a huge goal amidst a mass of players in front of the net. Kayla Meneghin would get credit for the goal, her first NWHL tally.

Just over five minutes later, the Whale took their first lead of the afternoon on a shorthanded tally by Mrázová, her second goal of the game. Mrázová got behind the play and, with nearly all the other players on the other side of the net, drove to the net, picked up a pass on the side of the net and gave her team the lead.

Mrázová nearly completed the hat trick just 14 seconds into the third, but Kimberly Sass stayed sharp in net for the Riveters and kept it out. Instead, it would be Richards who would complete her hat trick, jamming it home from right in front of the net. Richards' third goal of the afternoon came with just over eight minutes to play and once again tied the game.

The Riveters' Kelsey Koelzer was injured with 6:58 to play in regulation. She went down in front of the net after blocking a shot to the knee, was tended to by a trainer and helped off by her teammates.

Locked at two after sixty minutes, the teams headed to overtime. The Riveters outshot the Whale 7-4 in the extra frame, but were unable to solve Räisänen again. Both teams had power play opportunities in overtime but didn't capitalize.

The game then headed to a shootout, where Amanda Kessel had the game-deciding shot to give the Riveters the victory.

Sass was in net for the Riveters for her first full game of the season, with Katie Fitzgerald on the bench. Sass had previously played 8:29 in a 6-2 loss to the Whitecaps on October 21. Sunday’s game was also her first full NWHL game since January 27, 2018, when the Riveters beat the Whale 3-2 and Sass made 21 saves.

Räisänen had 35 saves in the loss.

Things are finally starting to get back to normal in the NWHL next weekend, as four of the league’s five teams are in action. The Pride visit the Whitecaps for a pair of games (7:30PM Eastern puck drop on Saturday, 2:00PM Eastern puck drop Sunday). The Riveters and Whale will meet once more – for the third straight week! – for a 3:30PM Eastern puck drop at UPMC Lemieux Sports Complex in Cranberry. The Beauts remain off from league play until December 8.