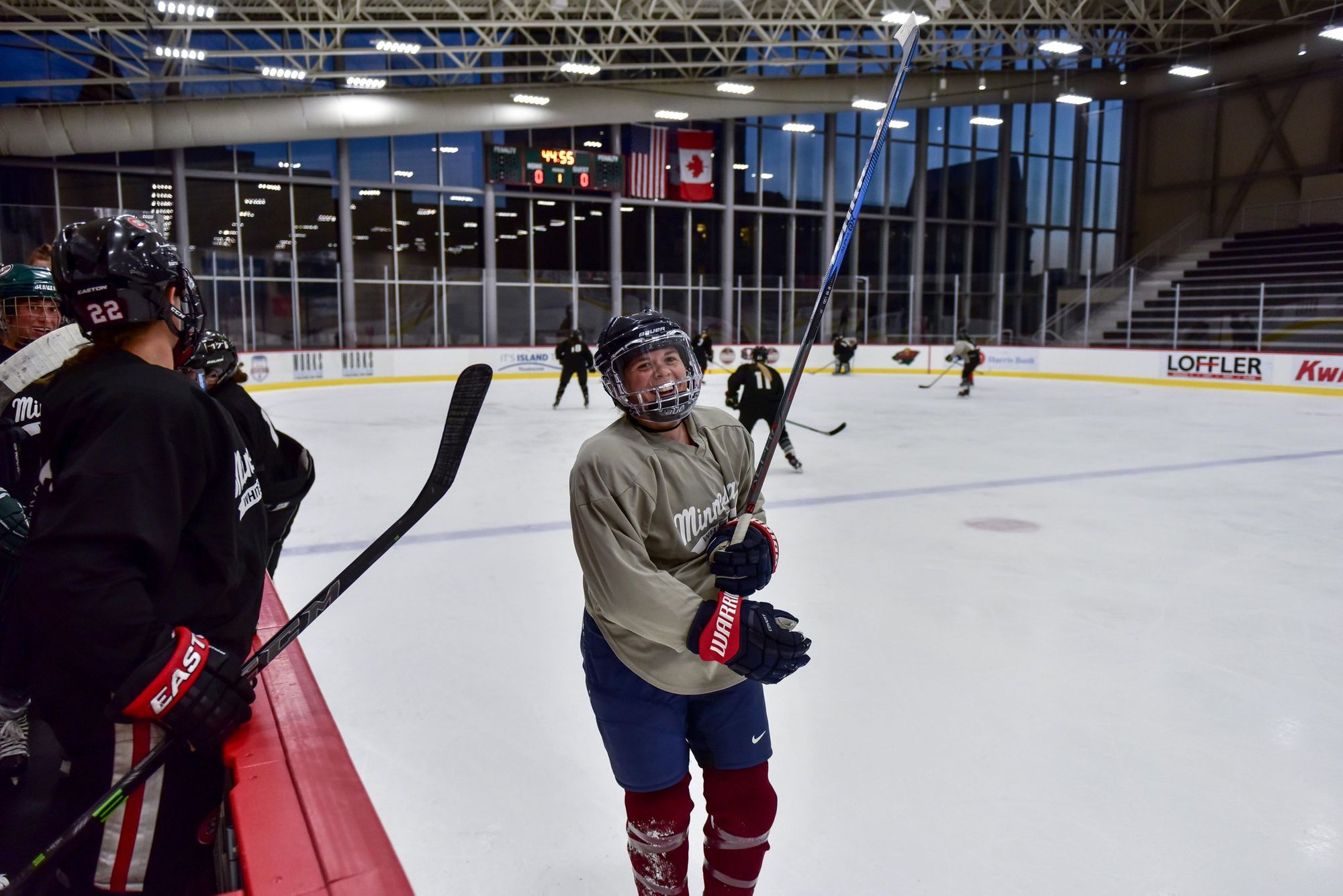 With the NWHL set to begin its training camps and preseason shortly, rosters are nearly full. The Minnesota Whitecaps now have a league maximum 25 players on their roster, while the Buffalo Beauts–at 21 players–haven't signed anyone in a while and appear to be done.

The Metropolitan Riveters still have up to four spots open for forwards or defense, while both the Boston Pride and Connecticut Whale have goaltending spots open as well as forward spots.

And of course, we still don't know who will be coaching the Riveters this season.

Here's a recap of the last week in NWHL news:

The Whale have added another new goaltender to their roster: Russian National Team netminder Maria Sorokina.

The 23-year-old has previously faced NWHL teams in exhibition games in 2016 and 2017, which she said factored into her decision to join Connecticut.

"I decided for myself that I should definitely try to get into this league," said Sorokina. "I had very pleasant impressions, including the community where the Whale play. I'm ready to fight for the team and all the people involved in it to win the Isobel Cup."

Sorokina represented Russia at the World Championships in three consecutive years. She has previously played for Dynamo St. Petersburg and Agidel Ufa.

The Whale still have up to six forward/defense spots open, as well as one goaltending spot.

NWHL standout Alexa Gruschow has re-signed with the Metropolitan Riveters, an expected move ahead of the 2018-19 season.

The 24-year-old was named MVP last season, as selected by the NWHL Players' Association. She led the league in scoring, putting up 22 points (9G, 13A), including four game-winning goals.

She also, of course, scored the Isobel Cup-winning goal for her team, was selected to play in the NWHL All-Star Game and was a member of Team NWHL that faced the USWNT.

"I seemed to have a different role between my first and second season, and I am ready to take on whatever my role may be for my third season, whether it changes or stays the same," Gruschow said.  "We could not have asked for a better ending to our season last year, and I am confident that the Rivs will carry that success into this upcoming season. My biggest goal is to do what I can to help our team reach its highest potential."

The New Jersey native spent last season with the CWHL's Toronto Furies, where she appeared in 28 games but registered no points and was a minus-18.

The league also announced that the Riveters will play their home opener at the Prudential Center, home of the NHL's New Jersey Devils. The Riveters' Isobel Cup banner will be unveiled prior to the game against the Whitecaps.

The game will be held on Saturday, October 20 at 2:00 PM Eastern. Tickets are $20 and are available now. All fans in attendance will receive a voucher for two tickets to a select Devils' regular-season home game.

Minnesota has rounded out their roster with defenders Amy Schlagel and Lisa Martinson.

Schlagel, a Minnesota native, spent the last four seasons with the University of New Hampshire. In 138 games, she put up 69 points (36G, 33A). She was originally drafted by the Beauts 18th overall in 2017.

Martinson has played with the Whitecaps previously. She played her college hockey career at St. Cloud State from 2009-2013.

In other Whitecaps news, individual game tickets are now on sale. General admission tickets are $20. All home games will be played at TRIA Rink in St. Paul.

TRIA became the official healthcare provider of the Whitecaps for the upcoming season, with a three-year partnership deal announced this week.

As a result, the Whitecaps will have an entirely female medical staff. A TRIA logo will adorn the team's game jerseys & other apparel. The organizations will also collaborate on seminars, special events, and player visits to hospitals.

TRIA has partnered with the NHL's Minnesota Wild since 2000. Dr. Joel Boyd, team physician for the Wild, will oversee the Whitecaps partnership.

The Whitecaps also revealed their jerseys this week:

The Beauts, who seem to be pretty much done adding players, will open their training camp on Wednesday, September 19, the team announced. All practices, as well as an intra-squad scrimmage, will be free and open to the public.

The team will practice according to the following schedule, subject to change:

The Beauts will face the Whale in an exhibition game at Colgate University on Sunday, September 23 at 6:00 PM Eastern.

Buffalo will then travel to Cornell University on Sunday, October 14–in the midst of their regular season–for an exhibition game against the Big Red at 3:00 PM Eastern. Though it may seem odd to have an exhibition game in the middle of the season, it will give players who may not see regular game action a chance to skate, as well as give the team more chances to build chemistry among a roster filled with newcomers.

Here are the most updated NWHL rosters: